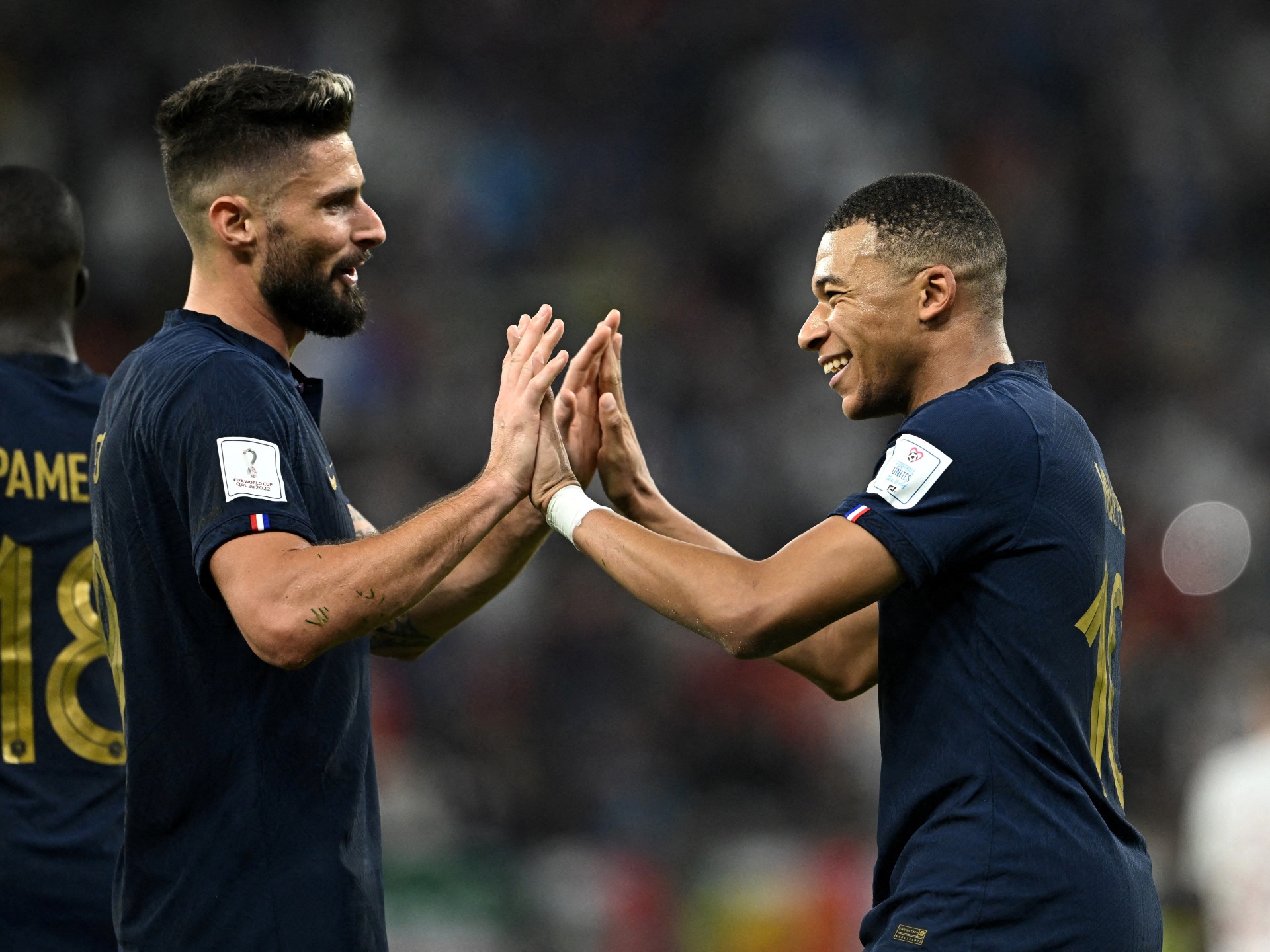 France and England have stormed through to the quarter-finals of the World Cup in Qatar with a flurry of goals that saw them convincingly end the tournament runs of Poland and Senegal.

The big names from both winning teams were in top goal-scoring form on Sunday: France’s Kylian Mbappe and Olivier Giroud provided the 3-1 goals that defeated Poland, and England’s Jordan Henderson, Harry Kane and Bukayo Saka put three in the net for their 3-0 win over Senegal.

France and England are now set for a World Cup quarter-final match that will see the two giants of European football square off on Saturday, December 10, at Qatar’s Al Khor stadium.

New footballing records were set on Sunday night at the World Cup as France won through to the quarter-finals by beating Poland 3-1 at Al Thumama Stadium.

The opening goal of the match scored by Olivier Giroud not only set his team on the path to victory, it also elevated him to France’s all-time leading goal scorer after he took his total to 52 for the French national side. His goal against Poland in the 44th minute — just one minute short of half-time — put Giroud’s total one ahead of the 51-goal record held by France’s Thierry Henry.

Giroud’s tally of goals could have gone one more after his shot found the Polish net again in the 57th minute, but it was disallowed as the game had already been stopped due to a collision between Poland goalkeeper Wojciech Szczesny and France’s Raphael Varane.

Kylian Mbappe, who got the other two goals in the game on Sunday evening, also set a record by beating Pele’s total of seven World Cup goals before the age of 24. The 23-year-old Mbappe now has 33 goals in 63 appearances since making his debut for France in 2017.

Mbappe scored his first goal in the 74th minute and added his second when he curled a shot into the top corner one minute into injury time.

Poland also put a goal away in stoppage time from a Robert Lewandowski penalty shot, but it was far too late for a comeback.

French coach Didier Deschamps said after the match: “France needed a great Kylian Mbappe tonight and they got one.”

Poland coach Czeslaw Michniewicz had words of consolation for his team.

“We did our homework and got through the group stage. We didn’t manage that for 36 years. But then, unfortunately, we met the world champions,” he said.

France will now meet England, who advanced 3-0 against Senegal later on Sunday.

Henderson’s opening goal came in the 38th minute and was added to by Kane’s goal — his first in this tournament —  just before the half-time whistle was blown. Saka made it three goals for England in the 65th minute.

England’s performance in the second half was commanding for a team chasing a World Cup dream to add to their 1966 championship victory. Notable was the absence of England forward Raheem Sterling, who was not available for selection on Sunday for what was reported to be a family issue.

Senegal coach Aliou Cisse later spoke of defensive lapses by his team and how African football would continue to progress.

“Our strength has always been defence, we don’t often concede goals, and certainly not three in a match. That was a surprise for me because defence is usually where we can make the difference,” he said.

“After the first goal it was tough for us and then we let the second in just before half-time. The third was key,” he said.

Cisse said football in Africa was “improving all the time”.

“You don’t win the World Cup overnight. We see that African infrastructure is improving and the federations are training coaches. We need more technical directors, improved refereeing, but our countries are working on these improvements. It cannot be done overnight,” he said.

“Mistakes have been made in the past but Africa now has the right policies in place. We cannot stop now if we want to win this tournament one day.”