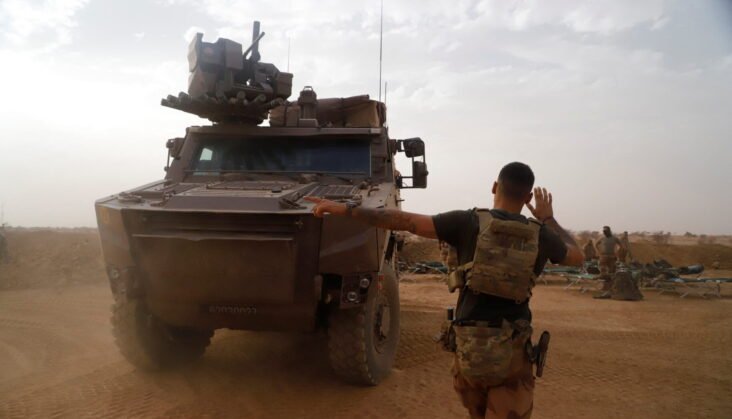 On Tuesday, Mali recieved five military jets and a combat helicopter from Russia, including several L-39 and Sukhoi-25 jets and a Mi-24P helicopter.

This is not the first time the country has received military supplies from the Russian government. In April 2022, Mali accepted an arms delivery of two Mi-24P helicopters and multiple surveillance radars. So far, neither country has disclosed any information about the conditions for these deliveries.

In a speech, Mali’s defence minister Sadio Camara emphasised that this was just the beginning of a “win-win partnership with the Russian Federation”. He said: “We are just showing a part of (Russian arms deliveries), the rest, of course, is being used in operations as these ceremonies unfold.”

In a tweet, Goïta continued to show support for the diplomatic alliance, writing: “I had a telephone conversation with President [Vladimir] Putin. We discussed the Russian Federation’s support 🇷🇺 for Mali’s political transition, and I praised the quality of our partnership that respects the sovereignty of #Mali and the aspirations of its people.”

Goïta’s junta seized power in a coup two years ago and has clashed with neighbouring countries and Western governments over delays to organise elections that would put an end to the military regime and alleged army abuses.

The news of Russian military support comes as US secretary of state Anthony Blinken leaves Kigali today, his last stop on a tour aimed at improving diplomatic relations with countries across the continent.

Russia’s military-political presence on the continent could signal the weakening of France’s role, as diplomatic competition grows between China, Russia and the West.

In response to Russia’s military support in the African country, France announced in February that it was withdrawing its troops from Mali after nearly a decade of fighting insurgents, many of whom had ties to Al Qaida and the Islamic State, which have spread across the Sahel region.

In July, jihadist rebels attacked Mali’s Kati military base on the outskirts of Bamako, where the president of the transitional authority resides.

Since late last year, fighters from the Wagner Group, a Kremlin-linked military company, have been assisting the Malian army in its fight, which has plagued the country since a northern jihadist campaign in 2012.

Russia is fostering alliances with many African states, with Algeria preparing for its first exercises with Russia and Russian special forces at the end of 2022.

This month, Russia is also set to hold the 2022 Landing Platoon, which will take place in Boufarik, Algeria. The event will include the presence of both Mali and Burkina Faso, another potential Kremlin ally.