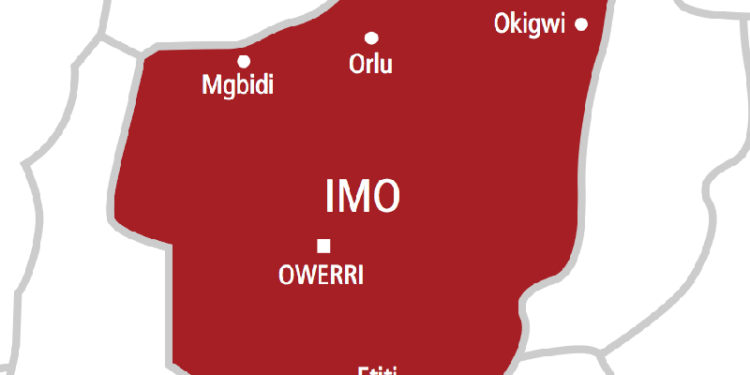 Leaders and stakeholders of Eziama autonomous community in Ikeduru council area of Imo state have raised the alarm of looming crisis over alleged desperation of a politician, Chief Charles Iwuamadi, to impose his elder brother as the new monarch of the community.

The community alleged that the APC chieftain, his elder brother, Pastor Daniel Iwuamadi, resident in Sweden and the immediate past Interim Management Committee (IMC) chairman of the council, Tony Jude Iwuamadi, had on 4th August, 2022 invaded the council with over 30 armed thugs.

The invasion reportedly caused stampede at the council, leaving several persons injured as they scampered for safety.

Addressing a press conference Wednesday in Owerri,  the Imo state capital, spokesperson of the community, Chief Goddy Ibeawuchi, stated that the community had petitioned the Imo state governor, Senator Hope Uzodinma, to call Chief Iwuamadi to order before he throws the entire community into an intractable crisis over his desperation to impose  his elder brother on the community as the traditional ruler.

He said: “On the 4th  August, 2022 the trio of Iwuamadi, his elder brother, Daniel Iwuamadi and Tony Jude Iwuamadi who was removed on  21st July, 2022 as the IMC chairman invaded the headquarters of the council at Iho, forcibly entered the premises and broke into the hall with heavily armed thugs numbering over 30, injured many persons and destroyed government properties.

It was apparently to present his elder brother, one Daniel Iwuamadi for recognition by Tony Jude who had already been removed from office.”