South Africa: Jacob Zuma Isn’t a Man With a Cause. Just a Wily Politician Trying to Evade the Law 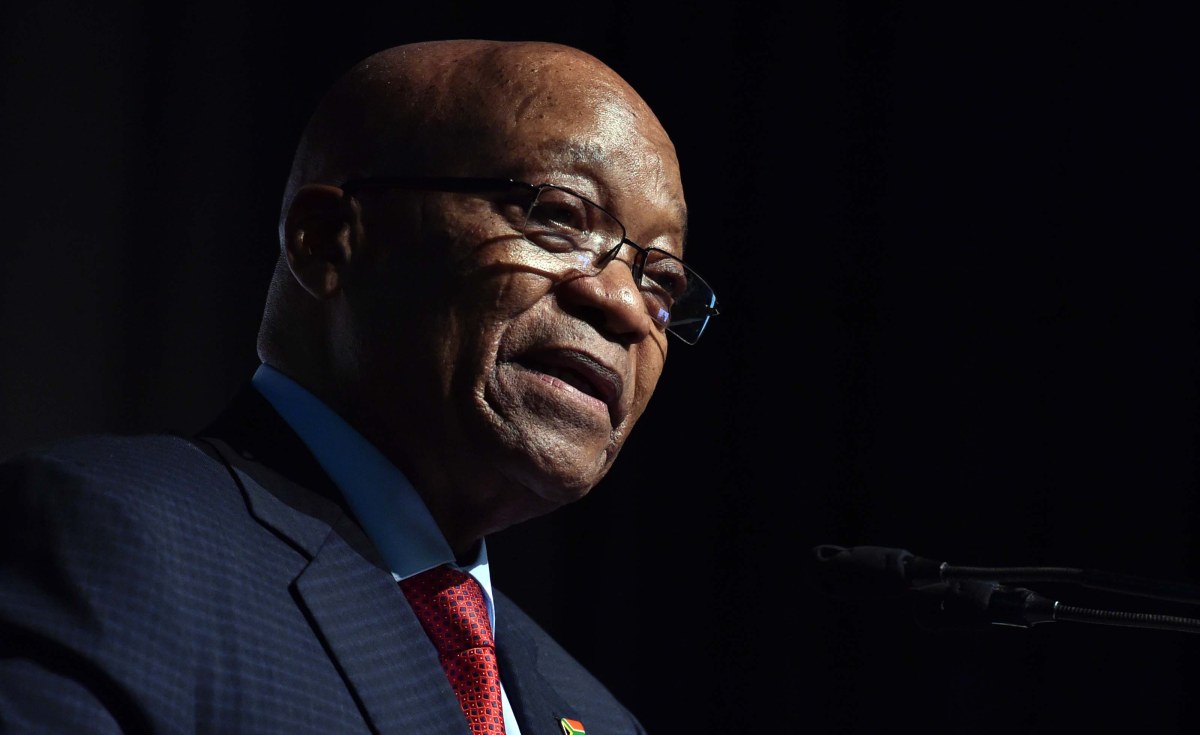 South Africa’s Constitutional Court ruling to imprison the country’s former president, Jacob Zuma, was unprecedented. But it wasn’t unexpected. The author of the majority judgment, Justice Sisi Khampepe, captured the inevitability of the outcome somewhere in the middle the ruling, when she noted:

For I am not in the habit of playing my cards close to my chest, let me, at this earliest opportunity, state that Mr Zuma has earned himself a punitive sanction of direct and unsuspended sentence.

Nor was Zuma’s wrongful behaviour guided by any thought-out, long term strategy. It began as an instinctive reaction to evade accountability, but quickly hardened into a mode of behaviour as Zuma failed to come up with a reasonable defence.

Let’s start with the inevitability of the custodial sentence of 15 months.

The Constitutional Court correctly understands its role in a much broader sense than simply deciding the constitutionality of matters before it. Situated at the helm of South Africa’s judiciary, it is the leader of the three constituent elements of our democracy.

No ordinary act of defiance

The Constitutional Court settles disputes between contending parties based on the commonly agreed set of basic rules, also known as the social contract, adopted at the inception of South Africa’s democratic order. The fact of citizenship binds South Africans to abide by these basic rules in order to assure their collective well-being.

A threat to that collective well-being arises when the ability of the Constitutional Court to enforce collective agreements is challenged.

Zuma’s conduct challenged the country’s normative foundation. He didn’t just refuse to appear before the Zondo Commission of inquiry into state capture and corruption, but disobeyed an order of the Constitutional Court. Deputy Chief Justice Raymond Zondo, chair of the commission, had successfully convinced the Constitutional Court to order Zuma to appear before the commission, following repeated refusals. This meant that, unlike everybody else, Zuma was exempting himself from the law that ought to apply equally to everybody.

Because he is a former president, Zuma’s refusal was no ordinary act of defiance. According to Justice Khampepe, he enjoys a “unique and special political position”, which imbues him with

a great deal of power to incite others to similarly defy court orders because his actions and any consequences, or lack thereof, are being closely observed by the public. If his conduct is met with impunity, he will do significant damage to the rule of law.

Even more worrisome to the Constitutional Court was that Zuma was not just a no-show in court, or at the commission. He made statements that were inflammatory and offensive towards judges, denouncing them as part of a political conspiracy to jail him.

Zuma was effectively inciting the public against the courts. He had positioned himself as a nemesis of the judiciary, which is a critical custodian of our democratic order.

We expect you to stand on guard not only against direct assault on the principles of the constitution, but against insidious corrosion.

Now that Zuma faces prison some appear bewildered about the intention of his actions.

Why did he defy the law so brazenly in the face of possible imprisonment? Is this part of some hidden strategy we don’t know about?

No – there’s no hidden strategy here. Zuma simply had no legal defence. That showed at his initial appearance at the commission. He told a long tale, trying to stitch together unrelated incidents in an attempt to paint himself as a victim of an international conspiracy. One of such incidents “to deal” with him, Zuma mentioned, was his removal as chief of counter-intelligence.

What he conveniently left out of his testimony that day was that former president Thabo Mbeki, who was then his closest ally from back in the late 1970s, had also been removed as the ANC’s leading negotiator – a position he had assumed from the mid-1980s. And the instigators of this change of guard were no international conspirators, but his own leftist comrades in the African National Congress, Joe Slovo and Mac Maharaj, with the newly elected secretary-general, Cyril Ramaphosa, in the forefront.

The old leftists just wanted to be in control of negotiations, and resented that they had no influence over Mbeki and Zuma. For Ramaphosa it was an opportunity to make history.

Zuma’s tale at the commission was fine as long as he was the one telling it, without anyone questioning him. The problem came when he had to be questioned. And the questions were not only going to expose the falsity of his tale, but also his complicity in many other instances of impropriety that had been presented to the commission.

He tried discrediting witnesses with accusations of being spies. That trick did not work. The commission still insisted on his appearance, but Zuma knew doing so would be his undoing. To avoid exposure, a no-show at the commission became a plausible escape.

Because people were likely to ask why he wasn’t going to the commission when everybody else did, Zuma couldn’t say no, angizi (I am not coming)! He had to come up with an elaborate explanation, and so he went back to his old conspiracy theory.

This time around Zuma threw in Zondo and his colleagues on the bench. He has labelled them agents in the hands of his enemies. This was just a cooked-up story to ward off questions about non-appearance at the commission.

What then appears as an attempt at martyrdom – imprisonment over deference to courts – is really the result of Zuma having run out of ideas to defend himself at the commission. Martyrdom is almost impossible without a cause, and Zuma has none. Most people know that he’s simply evading accountability for facilitating siphoning out of the public purse.

There may be protests here and there, by his militia force trying to hustle a living, but there won’t be any significant backlash. That is because Zuma simply has no cause. What’s there to die for? The man is simply a wily politician trying to evade the law.