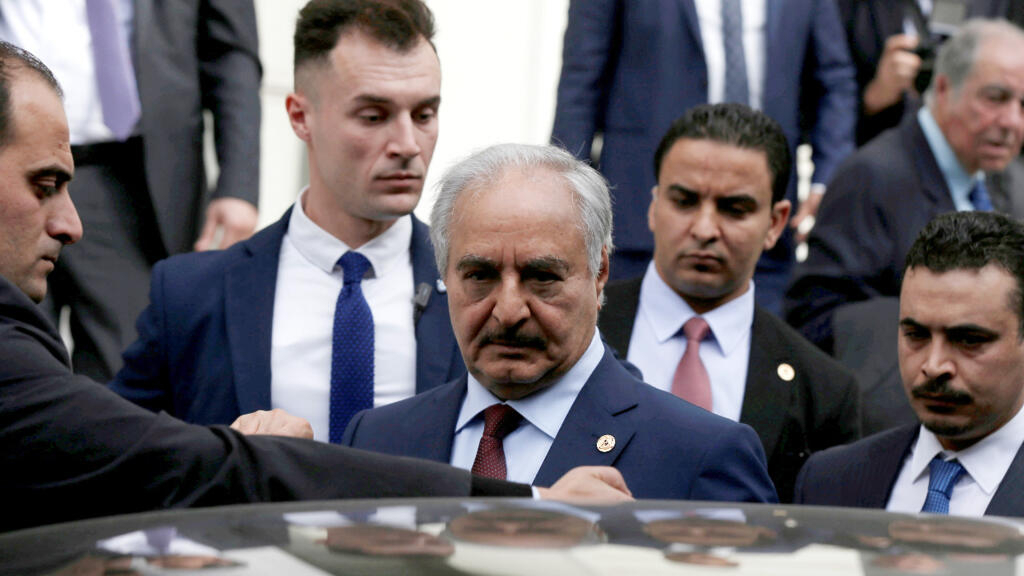 In seizing all of western Libya, the UN-recognised Government of National Accord (GNA) put a stop to Marshal Khalifa Haftar’s offensive against the capital Tripoli – and to the possibility of a military solution to the country’s decade-long civil war. After Turkey’s support for the GNA turned the tide against him, Haftar is in a very weak position. His international allies now favour a diplomatic solution, and there are signs that they are looking for an alternative partner in eastern Libya.

The UN-backed GNA announced on Saturday that its troops had taken over all of western Libya after routing Haftar’s Libyan National Army (LNA). This caps a series of setbacks for eastern Libya’s military strongman over recent weeks, just a few months on from his bold claim that he controlled 80 percent of the country.

Supported by Russia, Egypt, the UAE and (tacitly) France, Haftar launched an audacious offensive on Tripoli in April 2019. Initially, it seemed as if the military man might succeed in his goal of uniting Libya to put an end to the chaos that has reigned since the overthrow of dictator Muammar Gaddafi in 2011.

But now Prime Minister Fayez al-Sarraj’s GNA has showed that it has taken the upper hand – as symbolised by their June 6 attack on the city of Sirte, a strategic point between the east and west of the country, which the LNA had controlled since January.

After a long time on the offensive, Haftar is now very much on the defensive, with a weak hand to play. The tide turned against him at the start of 2020, after Turkey started its official involvement in the war on the GNA’s side. Haftar was further weakened by the withdrawal in mid-May of several hundred Russian mercenaries fighting for the LNA from the Tripoli front.

“Undeniably Turkey’s military and technological support enabled most of the GNA’s victories on the ground,” noted Rachid Khechana, editor-in-chief of the Libyan specialist publication Chououn and a former director of the Maghreb Center for Libya Studies. “This allowed them to break the stranglehold Haftar’s forces had put around Tripoli, and then to change the state of play.”

In light of the dynamic changing to Haftar’s detriment, Egypt flew to the military man’s aid last week by proposing a ceasefire to start on June 8, alongside a roadmap for a negotiated settlement in Libya. Haftar signed up to this plan at a meeting in Cairo on Saturday – but the GNA has not done so. While the UN-recognised government has slowed down the flow of its troops towards Sirte, the head of the GNA’s Tripoli-based parliament Khaled al-Mechri dismissed the plan, saying it came from a defeated army, al-Jazeera reported.

Dubbed “the Cairo Declaration”, the initiative put forward by Egyptian President Abdel Fatah al-Sisi – and supported by Russia and the UAE – includes the creation of an elected presidential council in Libya, negotiations in Geneva, the withdrawal of all foreign soldiers, and the dismantling and disarmament of militias.

For their part, European powers called on all sides to put down arms and go to the negotiating table on Tuesday, in a joint statement by the French, German and Italian foreign ministers and the EU’s external affairs spokesperson.

Aguila Saleh, an alternative to Haftar?

But Haftar’s humiliation will not necessarily lead to the LNA’s defeat in its powerbase of eastern Libya. “We’re already seeing Egypt and Russia working together on political alternatives to Haftar that could preserve their spheres of influence in eastern Libya,” Tarek Megerisi, a Libya expert at the European Council on Foreign Relations, told Agence France-Presse.

A notable presence at the unveiling of the Cairo declaration was Aguila Saleh, the president of eastern Libya’s elected parliament. Saleh favours a more emollient approach towards the GNA than Haftar. In late May he met Russian Foreign Minister Sergei Lavrov, and they agreed on the “urgent need” for “dialogue” involving all of Libya’s political forces.

In April, Saleh proposed an eight-point plan to end the crisis, in which a new presidential council would collectively assume the functions of the head of the armed forces, during the drafting of a new Libyan constitution. This would send Haftar back to the barracks – despite him asserting on April 27 that he has the “mandate of the people” to govern Libya alone.

“The arrival on the scene of Aguila Saleh – with his ties to Moscow – shows that the pro-Haftar international powers are starting to look at alternatives in order to facilitate negotiations between Libya’s warring factions,” Khechana said, while noting that, given the balance of military forces on the ground, the GNA “cannot regain control of all of eastern Libya”.

“If the negotiations resume,” Khechana concluded, “they will start from the same state things were in before the GNA launched its offensive on Tripoli – while, behind the scenes, Moscow and Ankara may well agree a deal to carve out spheres of influence in Libya, as they did in Syria.”

This article was translated from the original in French.