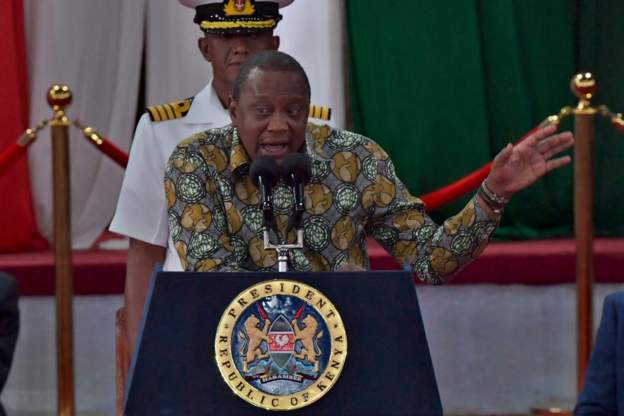 Kenya’s President Uhuru Kenyatta has said he will gladly hand over power to President-elect William Ruto, but insisted that his preferred successor Raila Odinga would have been a better option to lead the country.

“I will hand over power smiling because it is my constitutional duty, but my leader is Baba,” Mr Kenyatta said, referring to Mr Odinga by his nickname.

“You denied yourself an opportunity to bring the country together. You haven’t denied Raila,” Mr Kenyatta said of the 9 August presidential election.

Mr Ruto will be sworn in next Tuesday after the Supreme Court upheld his victory following a challenge by Mr Odinga.

So far President Kenyatta has not publicly congratulated his deputy, but the two spoke privately on Wednesday to discuss the transition.

The two leaders have been meeting with their party coalitions ahead of the official opening of parliament on Thursday. Mr Kenyatta is the chairman of the Azimio coalition which had Mr Odinga as its presidential candidate.

Both sides are strategising on how to win the positions of Speaker in the two houses of parliament.

Neither grouping won a clear majority in parliament.