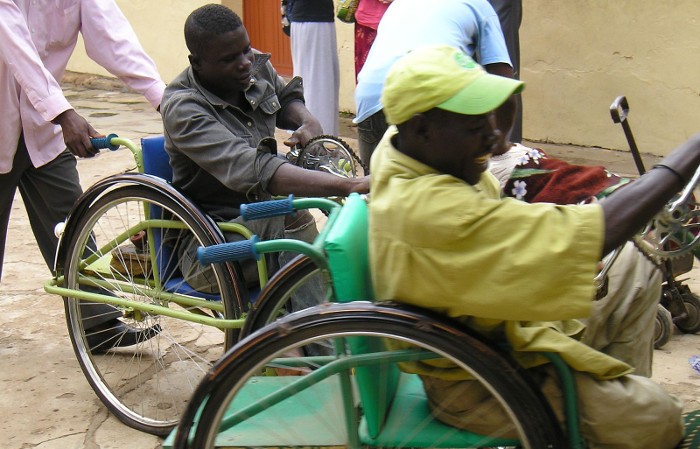 It will be recalled that President Muhammadu Buhari signed the Act on January 17, 2019 with a provision to set up NDC as a regulatory agency to ensure compliance with the provisions of the Act.

Mr Gab Nnamani, the President, Joint National Association of Persons with Disabilities, Enugu State, made the call at the end of a three-day capacity building workshop for PLWDs on the “Use of Freedom of Information Act and National Disability Act”.

Nnamani said that until the commission was established and empowered, the current challenges facing PLWDs would not be surmounted as envisaged by the Act.

“There is a need for a commission and agency that will take up the enforcement of the fundamental human rights of PLWDs, who are handicapped on how to fight for their rights and privileges in the first place,’’ he said.

Also, Mr Gideon Eze, a visually impaired, called on the Federal Ministry of Information to urgently commence the enlightenment of the public on the provisions of the Act.

Eze said that the ministry should let Nigerians know about the 60 months grace period for the implementation of the provisions of the Act.

He also urged all levels of government to prioritise issues and challenges facing PLWDs and ensure they were given attention.

“As enshrined in the Act, the ministry should move fast to educate Nigerians on its provisions and let them know that the days of discrimination against PLWDs were over in the country,” he said.

Mrs Victoria Nnedi, a former Paralympic Games World Champion, called on PLWDs to come out from their shell as the Act had provided mechanism to protect their rights and even grant them more privileges.

“As a paralympic coach, I will ensure that the information on the Act got down to athletes in the sports ministry in the state and other PLWDs around the locality where I live,’’ Nnedi said.

Earlier, Mr David Anyaele, Executive Director of Centre for Citizens with Disabilities (CCD), said that the poor, especially PLWDs, bore the greatest burden of corruption and corrupt tendencies since most times they were denied their basic socio-economic and political rights.

Anyaele said that CCD through the Up-Right for Nigeria Initiative was training PLWDs on how to demand transparency and accountability from leaders, public officials and those that carry out public works.

The CCD boss further said that the training had exposed participants on the need to follow due process of obtaining official information from any public office or public work.

“PLWDs are mostly living in the rural areas, where information and enlightenment on critical issues are denied them.

“With this training, they will be able to legally challenge people, who are heads of local authorities, so that what is due to them will definitely get to them,” he said.

NAN reports that the capacity building workshop, which featured over 40 participants, was organised by CCD. (NAN)