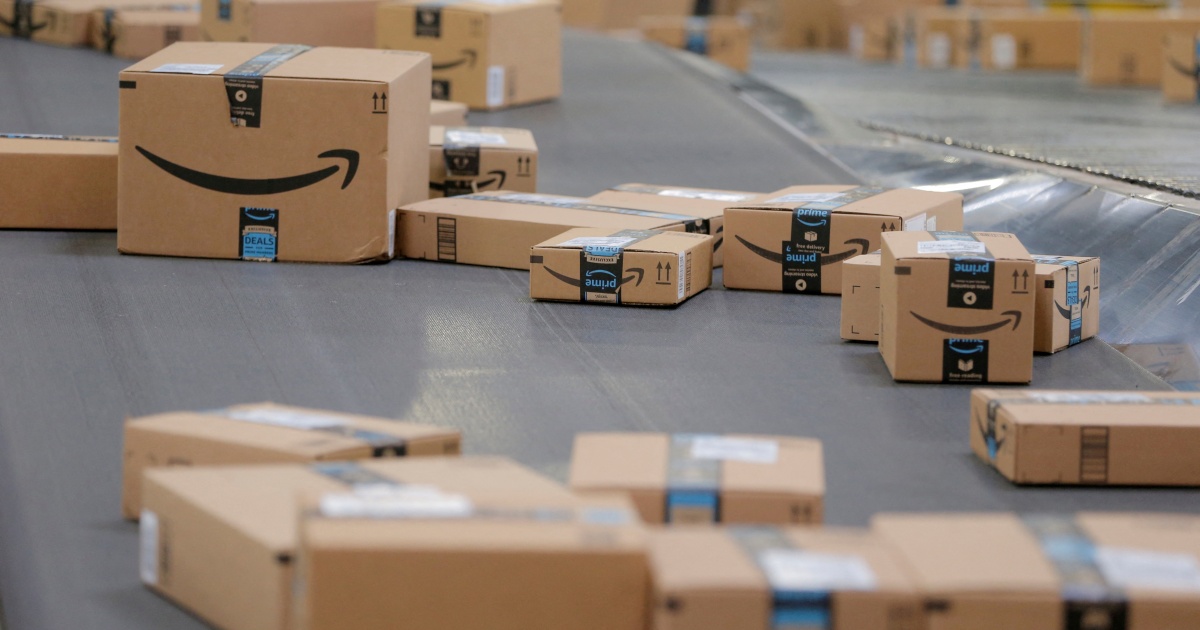 April has been a dismal month for tech, with Apple, Microsoft, Amazon, Alphabet, and Tesla set to lose a combined trillion dollars.

Amazon.com Inc. shares are tumbling on Friday, with the e-commerce company seeing its biggest intraday percentage drop since October 2011, after it gave an outlook that was seen as disappointing.

Shares fell as much as 13%, taking them to their lowest since June 2020. The selloff erased more than $178 billion off the company’s market valuation. Amazon shares are down more than 20% for the month, their biggest one-month percentage drop since December 2018.

The slump represents the latest hit to Wall Street’s biggest names, which have come under heavy pressure in April amid a tumultuous earnings season and concerns over Federal Reserve policy. The Nasdaq 100 Index has dropped 11% this month, erasing $1.75 trillion off the tech-heavy index’s market capitalization.

Amazon analysts were negative on the report, and Wells Fargo Securities was one of a number of firms that cut its price target on the stock.

“We believe the company is likely experiencing some demand weakening, at least on the margin,” wrote analyst Brian Fitzgerald, who cut his target to $4,000 from $4,250. He sees positive long-term prospects, but expects cost headwinds will weigh on operating income in the near term.

Among other names, Apple Inc. fell 1.4% on Friday after the iPhone maker reported its results and warned about the impact that supply constraints would have on revenue. For the month, Apple slid as much as 7.9%, putting it on track for its biggest one-month drop since February 2021.

Microsoft Corp. fell 2% on Friday. The software giant has slumped as much as 8.1% in April, poised for its worst decline since December 2018 even after it reported results that were seen as strong. Meta Platforms Inc. is down as much as 8.4% for April, even with a huge spike in the wake of results on Thursday.

–With assistance from Subrat Patnaik.