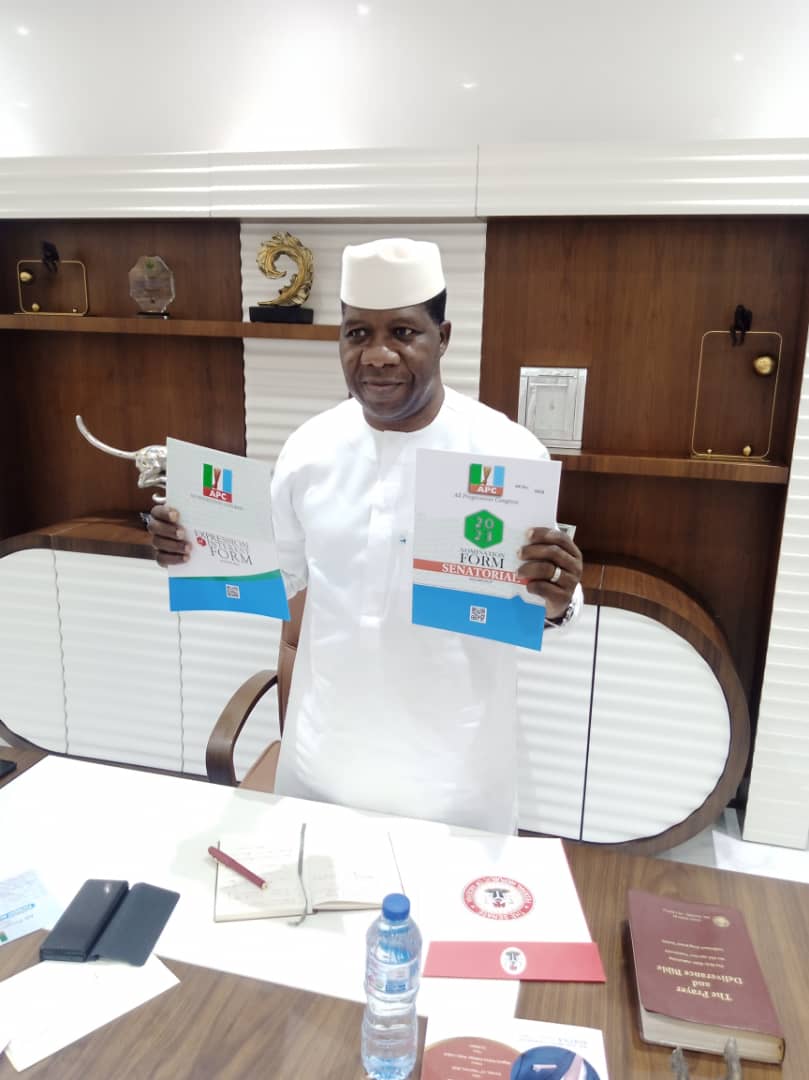 This was contained in a statement issued by his media office after the nomination form was obtained at the International Conference Center in Abuja.

Bamidele, who sponsored several bills and motions for the advancement of the people of Ekiti Central as well as the enhancement of good governance in Nigeria, vowed to ensure more dividends of democracy to his people.

The statement read in part, “On April 27, 2022, Senator Opeyemi Bamidele picked the Senatorial form in order to ensure more dividends of democracy to the people of Ekiti Central and enhance good governance in the Federal Republic of Nigeria.

“Within three years of Senator Bamidele in the Senate, the people of Ekiti Central and Federal Republic of Nigeria have benefited from numerous bills and motions sponsored by him and are ready to do more for the people if given a further opportunity and an extended mandate to serve.

“The ambition of Senator Bamidele is all about service to the people of Ekiti Central and Nigeria at large.”

Among the bills sponsored by Senator Bamidele is a bill for the Establishment of the Federal University of Medical and Environmental sciences in Ekiti. Also, his Asset Management Corporation of Nigeria (AMCON) Establishment Act Amendment Bill of 2021, seeking to strengthen and extend the life of AMCON, has already been assented to by President Muhammadu Buhari.