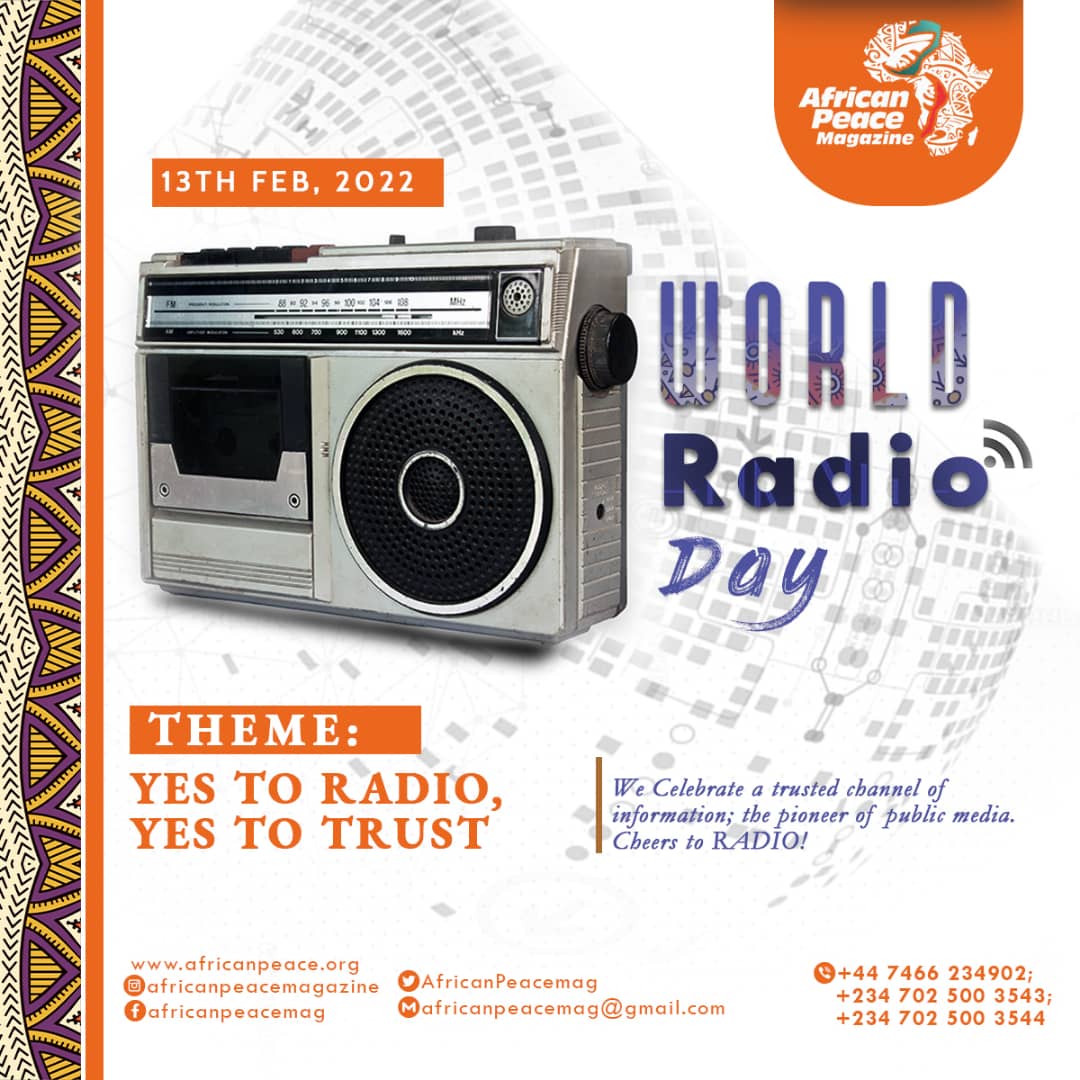 Proclaimed in 2011 by the member states of UNESCO at their 36th conference and adopted by the UN general assembly in 2012 as an international day, Feb 13 became WORLD RADIO DAY (WRD)

The radio has since its inception, traced to mid 19th century, shown consistency and sustainability. Radio has evolved, evoking a steady trust, year in year out, and has always connected diverse people and cultures with all its entertainment and programs.

Radio is the most extensively used and trusted medium for transmitting information since it is the most widely consumed media. Radio stations broadcast a wide range of programs that are tailored to the needs of local populations all around the world. During natural disasters, the medium also plays an important role in emergency communication.

Why Do We Celebrate Radio Day?

For it’s fantastic way of keeping people abreast with information, its entertainment strategies and its ways of allowing debates that foster positive changes, Radio is trusted all over the globe.

Radio has created awareness on all community issues; political, Social, Economic, etc. In all of these, radio continues to evolve, innovate and connect.

According to UNESCO, radio is a strong and powerful medium for celebrating humanity in all its diversity and constitutes a platform for democratic discourse.

Radio has managed to reach out to people as a reliable news source in a world when fake news is proliferating on digital channels. Radio has shown to be a reliable source of information during the COVID-19 pandemic, without encouraging hatred or discrimination.

This year, UNESCO commemorates the 11th World Radio Day and more than a century of radio broadcasting. Theme: “Yes to Radio, Yes to Trust”. This theme was proposed because of the medium’s reputation in disseminating news.

There are three key sub-themes to the day;

African Peace Magazine celebrates the consistency of this media phenomenon today. Even after years of television popularity, radio continues to have a consistently reputable position in the world as a music and entertainment medium, a compact travel companion, and a means of promoting peace and unity, through its community standards.