Why this South African gin is made with elephant dung 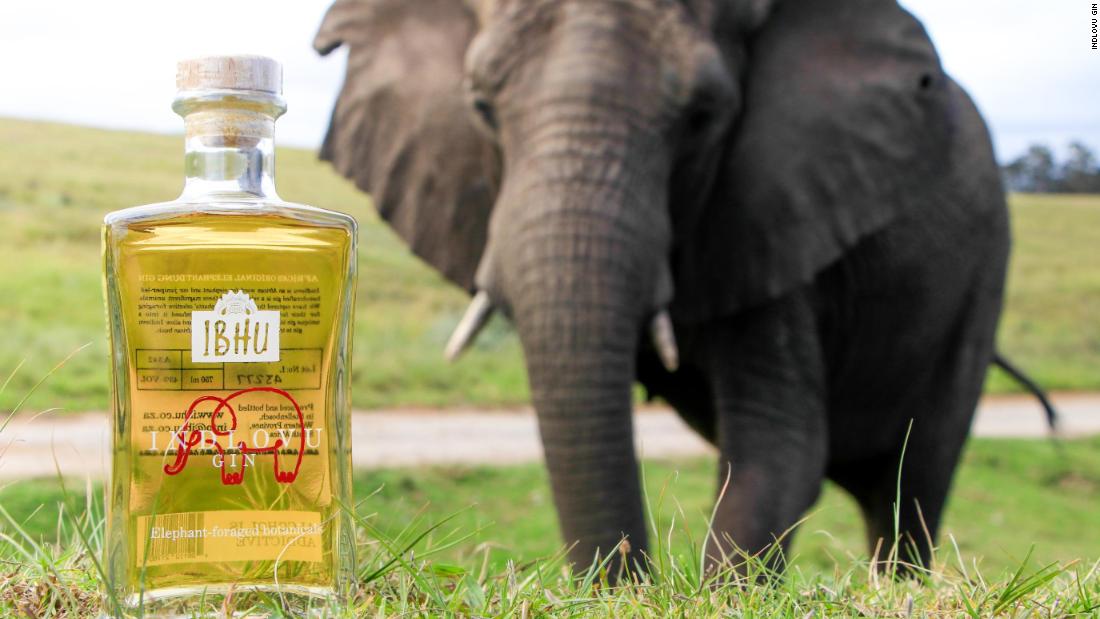 This strange inquiry came after a game ranger had explained to her how elephants are particular about the food that they forage, yet absorb less than half of what they eat — meaning much of their diet of plants remains in their dung.

Les, a South African, had moved to the UK years earlier, where he met Paula. Both worked as professors in different fields of biology, but after leaving academia they hatched a plan to move to South Africa to start a business that could contribute to conservation and give back to the community.

So after that visit to the game reserve, Paula, a gin lover, reasoned: Why not let elephants do the hard work of collecting a range of natural ingredients for flavoring gin? Neither had any experience distilling, but the pair took a gamble and in 2018 they created Indlovu Gin, infused with “botanicals foraged by elephants” — and sourced from their poop.

The dung is dried and goes through a sanitization process, before it is rinsed and dried again says Ansley, making it entirely safe to drink. The final dry product is then infused into the gin.

Each bottle is marked with the GPS coordinates of where the dung was found and the date it was collected, Ansley added. “You can see that it’s the winter in Kruger or summer in Botlierskop,” he said. “It’s an additional story.”

But doesn’t the gin taste like … dung? “It’s got an earthy, grassy-type flavor,” said Ansley. “Depending on where we collect the botanicals or which elephants we collect botanicals from, the gin flavor is going to change slightly.”

As well as including classic gin flavorings like juniper and coriander, Indlovu Gin takes its taste from extracts of the elephants’ diet of roots, grasses, fruit and bark — including aloe and acacia.

Since its first batch in November last year, the South African company has produced 6,000 liters and now exports to Europe and other African countries.

It recommends a retail price of around $34 a bottle and donates 15% of its profits to the Africa Foundation to support the conservation of elephants. While Les Ansley acknowledges the reception to elephant dung gin has been mixed, he says some customers have been pleasantly surprised by its taste.

“We were very aware that if we are making a gin from dung, we have to make a good gin,” said Ansley. “Otherwise it’s only ever going to be gimmicky.”

Elephant dung gin is one of an increasing number of craft gins in South Africa.

At the inaugural South Africa Craft Gin Awards last August, there were over 110 entries, many using local ingredients such as rooibos and botanicals from the Karoo desert.
Starting out as novice gin makers, the Ansleys enlisted the expertise of distiller Roger Jorgensen to show them the ropes. Joorgensen says his distillery produced South Africa’s first craft gin in 2007, before the country’s gin boom started around 2013.

“I was on my own for a couple of years, but others soon joined in with some interesting gins,” said Jorgensen. “Now there are at least 280 gin brands in Cape Town alone.”

Drinks research firm ISWR estimates South African gin consumption rose from 518,000 nine-liter cases in 2013 to almost 1.8 million in 2018. Globally, it expects gin consumption to rise to over 10 million cases by 2023.

Jorgensen predicts gin will continue to be popular after the explosion of new craft gins, although it is likely fewer new distillers will enter the market.

“The market is a bit crowded but there seems to be a continued demand,” said Jorgensen. “It is a major industry now, here to stay.”