Hosni Mubarak: A life in pictures 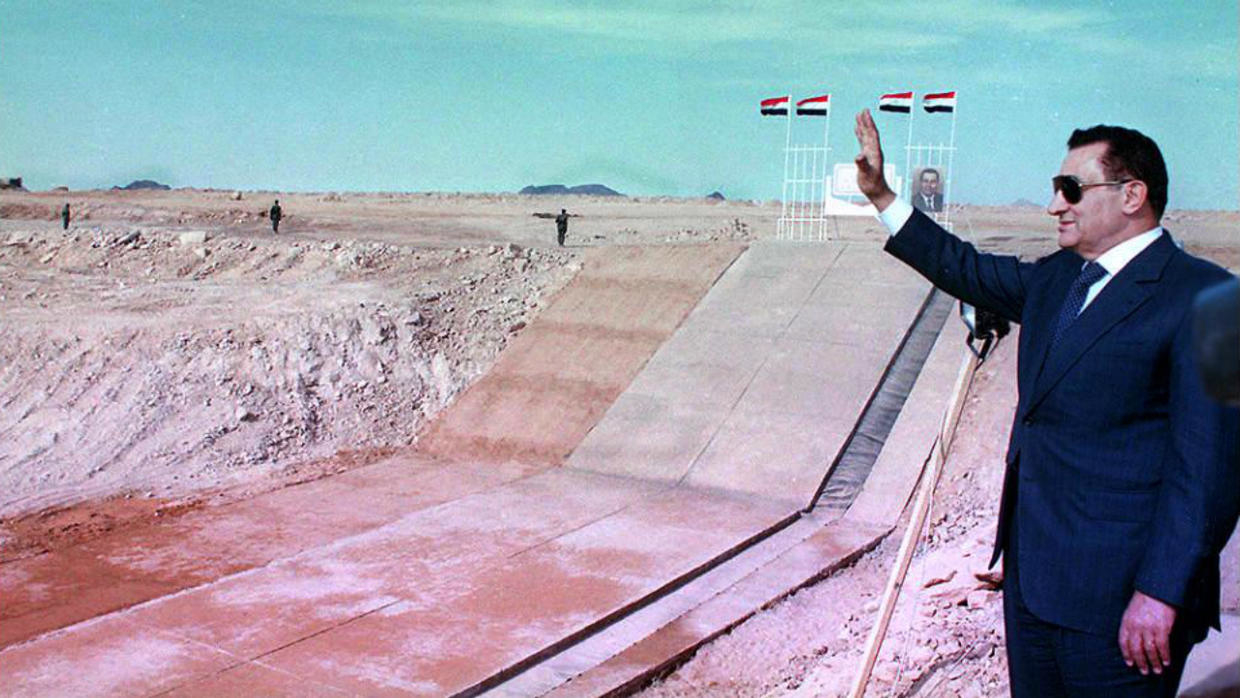 Former Egyptian strongman Hosni Mubarak, who died Tuesday aged 91, ruled his North African nation with an iron fist for 30 years until his 2011 ouster from power. At the height of his power, he was dubbed the Pharaoh, but he leaves behind a mixed legacy.

Born on May 4, 1928 in Kafr-El Meselha in northern Egypt, Muhammad Hosni El Sayed Mubarak spent his childhood years in relative poverty. His prospects changed when he joined Egypt’s Military Academy, graduating in 1949. He switched to the Air Force in the 1950s and gradually rose up the military ranks.

Mubarak became a national figure as commander of the Egyptian Air Force and deputy defense minister, when he played a decisive role in planning a surprise attack in the early stages of the 1973 Yom Kippur War against Israel.

On October 6, 1981, Mubarak was at Sadat’s side when Islamist Egyptian soldiers opposed to their country’s 1979 peace deal with Israel shot and killed the president during a military parade commemorating the 1973 war. Mubarak was wounded in the attack, but lived. He would survive several more attempts, including a dramatic one in 1995, when militants fired at his motorcade during a visit to the Ethiopian capital, Addis Ababa.

Mubarak became president after Sadat’s death, at a time when his populous, impoverished nation faced isolation following Egypt’s ouster from the Arab League over the peace deal with Israel.

Mubarak started working his country’s way back into the Arab world, by building a bilateral relationship with Iraq’s Saddam Hussein. The tactic yielded results: Cairo was Baghdad’s ally during the 1980-1988 Iran-Iraq War, and two years after it ended, Egypt was accepted back into the Arab League at the initiative of Iraq and Yemen.

Meanwhile the country’s draconian emergency law, which remained in place throughout Mubarak’s presidency, provided the backdrop for a security crackdown against the Islamist opposition, with brutal detention conditions in Egypt’s police stations and jails. Mubarak consistently defended his regime’s human rights track record, as he did in a 1985 speech at the Cairo Police Academy, pictured below.

In Sadat’s days, Mubarak was long considered a loyal deputy lacking in leadership and charisma. In a report in the French daily Le Monde, the journalist Hicham Kassem wrote that former US Secretary of State Henry Kissinger, who met Mubarak in the 1970s when he was vice president, thought he had a minor staff job “because he was so low-profile.”

But as a head of state and government, Mubarak proved to be adept at leveraging the US-Egyptian relationship, maintaining his country’s controversial peace treaty with Israel and earning considerable US military and economic aid in the process.

On September 28, 1995, Mubarak, along with Jordan’s King Hussein, joined then US president Bill Clinton at the White House when then Israeli prime minister Yitzhak Rabin and PLO chairman Yasser Arafat signed the Israeli-Palestinian Interim Agreement.

But the deal did not bring peace, nor Palestinian liberation from Israeli occupation, and Mubarak was derided on the Arab street. Egypt’s peace deal with Israel, dependent on ties with the US, and Egyptian prison cells full of with tortured Islamist opposition figures earned Mubarak various monikers, including “America’s puppet” and “laughing cow” after the cheese brand.

While poverty, rampant corruption and human rights abuses were widespread at home, foreign policy dominated Mubarak’s presidency, and abroad he was considered a pillar of the Arab political establishment.

By the mid-2000s however, under US pressure, Mubarak began to ease his grip on political life. Protests – and an independent and critical media – were largely tolerated.

In early 2005, Mubarak called on parliament to amend Article 76 of the constitution to allow other candidates to run in elections, scheduled for later that year. But when the September elections were finally held, restrictions on opposition candidates ensured that only Mubarak’s ruling party candidates won.

Mubarak also won the presidential election, as he had when he stood unopposed in referendums in 1987, 1993, and 1999. Critics said the 2005 poll was neither free nor fair, and when it was over, Mubarak’s principal opponent, Ayman Nour, was jailed.

During his 30-year tenure, Mubarak worked with five US presidents, ending with Barack Obama, who was in office when protests against Mubarak’s rule erupted in Egypt.

In the winter of 2011, an extraordinary protest movement shook the Arab world. Following the ouster of Tunisian president Zine El Abidine Ben Ali, thousands of Egyptians took to the streets in Cairo, turning Tahrir Square into a protest camp and a symbol of the Arab Spring. The movement would see the overthrowing of Mubarak, Libya’s Muammar Gaddafi and Yemen’s Ali Abdullah Saleh.

After decades of wooing foreign leaders, Mubarak was unable to win the love of his own people. Aging and frail, he anointed his son, Gamal Mubarak, as his de facto business-political successor, in a country where the state and military own major economic assets. The younger Mubarak was viewed as a corrupt upstart, sparking deep resentment.

The size and scale of the protests caught the Egyptian establishment by surprise.

Amid speculation that he would either run for a reelection later that year and then cede power to Gamal, the besieged “Pharaoh” delivered a televised address on February 1, 2011, announcing he would not stand for reelection. But it was not enough and too late. The crowds in Tahrir Square had expected the strongman to announce his resignation. On February 11, Mubarak accepted the inevitable and stepped down.

Following his resignation, Mubarak and his son Gamal faced corruption charges. The former president also faced charges for ordering the killing of protesters. An ailing Mubarak attended the court proceedings on a hospital bed.

Mubarak’s last public appearance was a dramatic face-off between two former Egyptian presidents, when he testified in a Cairo criminal court on December 26, 2018 at the trial of Mohamed Morsi, his successor and Egypt’s only democratically elected president, who died in custody on June 17, 2019.