Traffic builds up as holidaymakers head home to Gauteng 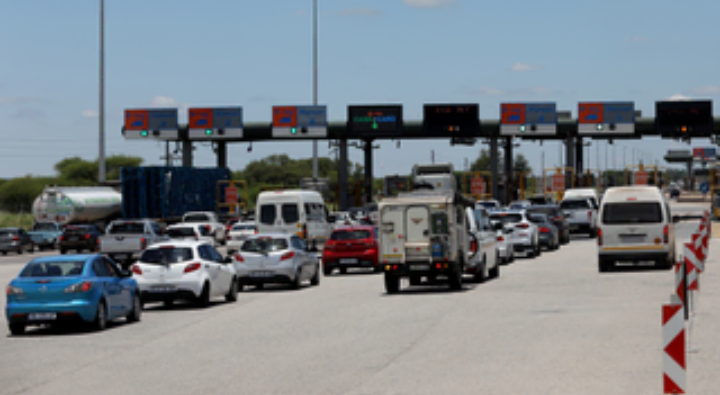 As traffic volume increases due to holidaymakers travelling back to Gauteng this week, authorities have vowed to enforce compliance with road safety at all costs.

The accident took place along the R544 road between Gemsbokspruit and Verena in Mpumalanga, resulting in three fatalities, with the driver of the second vehicle reported dead at the scene.

The cause of the crash was still under investigation.

Transport Minister Fikile Mbalula expressed condolences to the families of all people involved in this accident.

“This is yet another tragic passing of South Africans on our roads since the start of the festive season. I send my sincere condolences to the families of all those involved in this tragic accident and to many that have lived through this terrible experience over the festive season.

“All these are a shared national loss and yet more sad reminders to all of us to be more careful, more caring for each other and more responsible on the roads,” Mbalula said.

He called for caution on the roads as many people were travelling back from their holiday destinations.

Mbalula said: “As we head back to our places of work, I urge all South Africans driving on our roads to be on high alert and observe all the rules of the road.”

By noon yesterday, traffic volumes were starting to build at the N1’s Carousel Plaza, with traffic officers keeping a close eye on the vehicles driving through the tollgate.

Gauteng Traffic Police spokesperson, Sello Maremane, said traffic volumes were expected to increase on the major roads as a lot of people were expected to travel back to Gauteng from various provinces “in order to resume their economic activities”.

He said there had been fatal accidents reported on the roads, including the one that occurred on New Year’s Eve, where two people’s lives were claimed in an accident on the N1 Polokwane next to the Murray Hill off-ramp.

According to Maremane, preliminary information indicated that three vehicles were involved: a truck, a red VW and a gold and grey Mercedes- Benz.

“It is alleged that the truck had burst a tyre, and in the process dragged the two light vehicles off the road. The two occupants from the Mercedes- Benz sustained fatal injuries and other occupants from the VW Golf sustained serious injuries. Police investigations into the fatal crash continue at this stage,” he said.

Maremane said there were many reported incidents of vehicles colliding and veering off the road, resulting in the most fatalities across the country.

Gauteng has recorded more than 200 road fatalities since the start of the festive season.

“Our observation is that a lot of these accidents occurred as a result of non-compliance with the rules of the road. As we approach the last days of the festive season, I would like to urge motorists to exercise the necessary caution by obeying the rules and regulations of the road.

“I would also like to encourage drivers and passengers to wear seat belts at all times to ensure safety on the roads; take a rest at two-hour intervals, slow down in urban areas where there are usually high traffic volumes, and avoid unnecessary overtaking, overloading and excessive speeding,” Maremane said.

He added that the Gauteng traffic police would continue to enforce compliance with road safety rules and regulations.

“We will not hesitate to take appropriate action if drivers continue to conduct themselves in an improper manner,” he said.