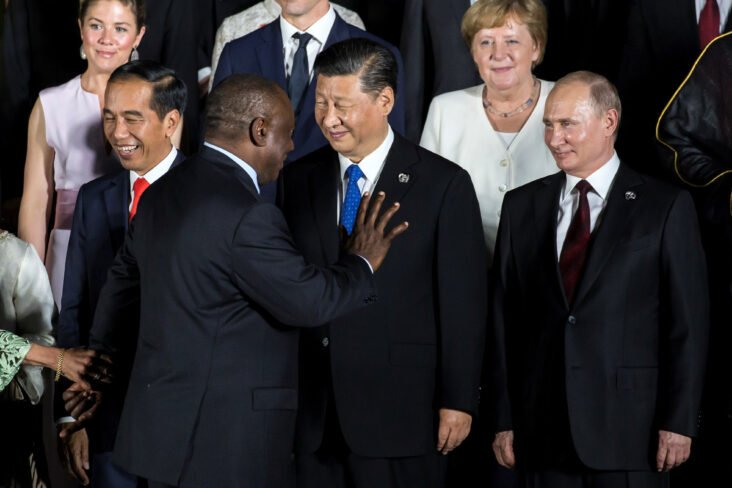 The problem isn’t only that it flattens the complex compromises African leaders have to make to meet development goals as financing options keep shrinking. It is also that it creates echo chambers in Washington, Beijing, and Brussels that make it impossible to even discuss African realities.

Instead, the new cold war narrative creates a kind of trans-Pacific tunnel vision, where the function of all this Africa talk is actually to allow China and Western powers to better criticise each other. It pushes Africa back into its most familiar role: a silent and silenced symbol ever-ready to play its rhetorical role in any argument. Need innocent victims? We got plenty. Need evil dictators? We have several of those in stock as well!

In the past, we’ve dinged the likes of Antony Blinken and Josep Borrell for trafficking in China-Africa talking points that are oversimplified and decades out of date. We tended to ascribe it to lapses in institutional knowledge. However, I’m increasingly wondering whether this is realistic. Is the problem that these officials simply don’t know the complexity of Africa-China relations despite the think tanks, universities, and highly trained experts that line the streets of wealthy capitals?

Or is it that the new cold war is essentially a space of fiction, and no hard facts can be allowed to pierce its soap bubble walls? In other words, ignorance about Africa-China relations in places like Washington isn’t a bug, it’s a feature. It’s a convenient way to keep the focus on China, while not acknowledging the toxicity of the actual Africa-West relationship, or to reckon with the fact that many African countries’ decision to keep working with China is in part a result of earlier interactions with Western partners.

A recent op-ed in the Boston Herald (seemingly reprinted from the right-wing Washington Times) by Kay C. James, head of the conservative think tank the Heritage Foundation, provides a great example of this dynamic.

Under the headline “Beware Communist China’s outsized influence in Africa,” she spends a few paragraphs performatively fretting about the “struggling citizens” of the “world’s poorest countries” just trying to get by as China builds “palaces and government buildings for free.”

I feel like a party-pooper in pointing out that in poor countries new government infrastructure is hardly an extravagance, and many of those buildings are actually financed through loans.

But don’t worry, because she moves right along to brass tacks: the need to keep China from building an Atlantic naval base and for Western countries to regain their death grip on African resources.

No word about what African plans are for those resources, because who cares? Africa has fulfilled its role a few paragraphs earlier (remember how much they’re suffering?) and should now be nice and quiet – the adults are talking.

It’s increasingly not enough to point out the disinformation about Africa-China relations coming out of Washington, Brussels, and Beijing. The real question is what’s the real function of ignorance, and how is it used against the very Africans about whom everyone is so concerned?

This article was first published on The China Africa Project.