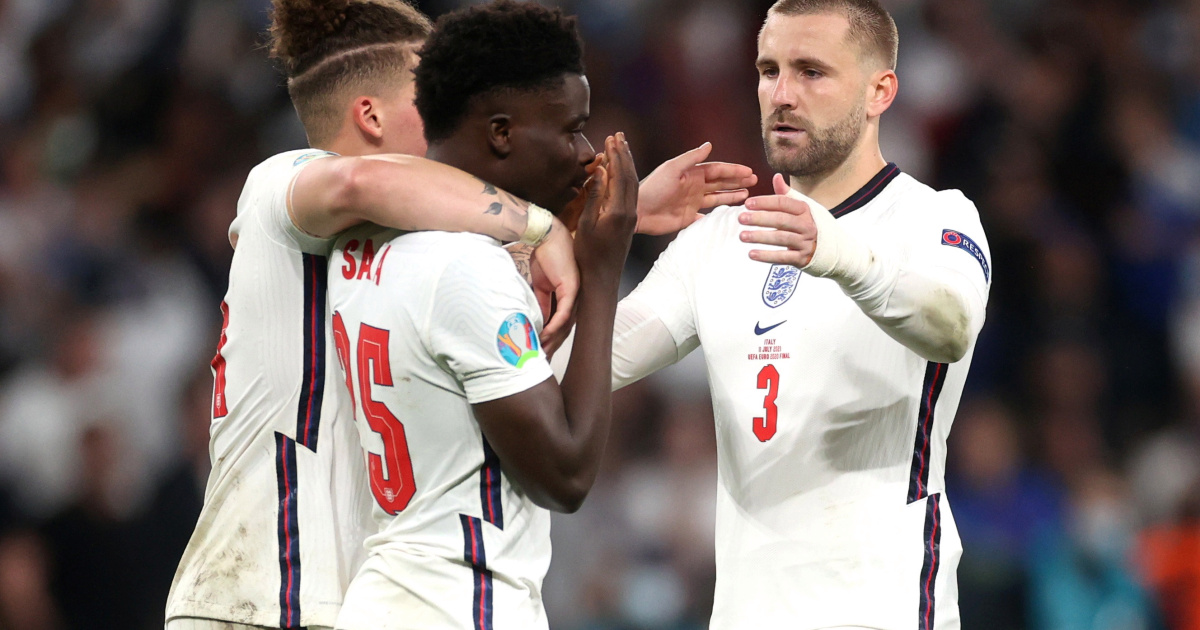 Police in the United Kingdom have arrested 11 people in connection with the online racial abuse of three Black English football players following the team’s performance in the Euro 2020 final last month.

All but one are men and range in age from 18 to 63 years old, police said.

Marcus Rashford, Jadon Sancho and Bukayo Saka were targeted on social media after the national team’s penalty shoot-out defeat to Italy on July 11.

English football’s governing body, England manager Gareth Southgate and British Prime Minister Boris Johnson condemned the abuse at the time, along with other high profile figures, while a campaign grew for social media companies to step up their efforts against online hate on their platforms.

The UK Football Policing Unit (UKFPU), which is conducting a hate crime investigation into the incidents, said in a statement on Thursday that it had received more than 600 reports of racist comments being sent to England’s Black players after the match.

Police judged 207 of the posts identified to be “criminal in nature”.

They have identified 34 accounts belonging to individuals in the UK; 11 of those accounts holders have now been arrested.

UKFPU said it was awaiting data from social media companies on the remaining 50 account holders.

It also identified 123 accounts belonging to individuals outside the UK.

Details of those individuals will be handed to relevant authorities to act, UKFPU said.

“There are people out there who believe they can hide behind a social media profile and get away with posting such abhorrent comments,” Roberts said.

“They need to think again – we have investigators proactively seeking out abusive comments in connection to the match and, if they meet a criminal threshold, those posting them will be arrested.”

The majority of the arrests were made on suspicion of “malicious communication” or breaching section 127 of the Communications Act 2003.

Section 127 sets out UK law on improper use of the country’s public electronic communications network, which includes sending messages deemed to be “grossly offensive”, “indecent” or “menacing”.

Those found guilty of malicious communications offences face a maximum penalty of two years in prison, while section 127 breaches can result in imprisonment for up to six months.

Information on the arrests came after players from all 20 of England’s Premier League football clubs announced they would continue to take the knee ahead of games this season in a show against racism.

The Premier League said it “wholeheartedly supported” the decision, adding that footballers and match officials will continue to wear a No Room For Racism badge on their shirts.

Players and staff have been taking a knee before kickoff since the league returned to action in June last year.

Pockets of England fans booed their players for performing the gesture in warmup matches ahead of Euro 2020 and again before an early tournament game against Croatia.

“We feel now, more than ever, it is important for us to continue to take the knee as a symbol of our unity against all forms of racism,” the Premier League players said in a statement.

The English Football League (EFL) said it would back any players and staff across its three divisions who want to take the knee during the 2021-2022 season, calling it a “simple act of protest” that helps “shine a light” on the global anti-racist movement.

The EFL’s Championship, League One and League Two kick off this weekend, while the Premier League begins on August 13 with promoted Brentford hosting Arsenal.