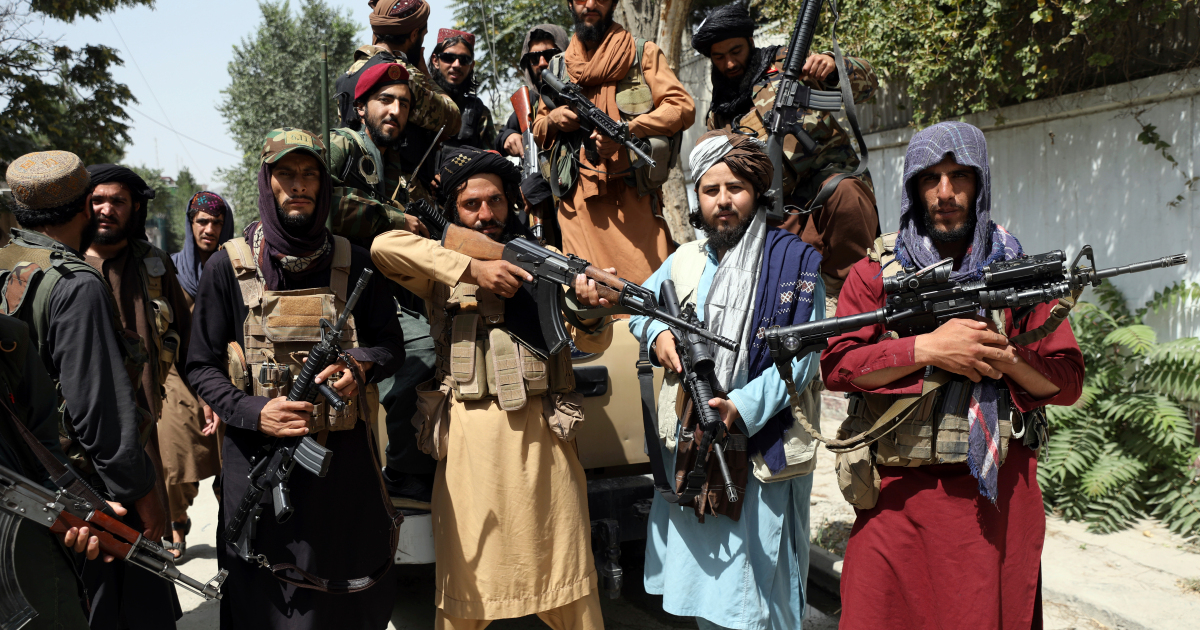 The Taliban is going house-to-house searching for opponents and their families, according to a United Nations threat assessment report, deepening fears that Afghanistan‘s new rulers are planning revenge.

After routing government forces and taking over Kabul on Sunday to end 20 years of war, the group had repeatedly promised a complete amnesty as part of a well-crafted PR blitz.

Women have also been assured their rights will be respected, and that the Taliban will be “positively different” from their brutal 1996-2001 rule.

But with thousands of people still trying to flee the capital on board evacuation flights, the intelligence report for the UN confirmed the fears of many.

The Taliban has been conducting “targeted door-to-door visits” of people who worked with US and NATO forces, according to the confidential document by the UN’s threat assessment consultants seen by the AFP news agency.

The report, written by the Norwegian Center for Global Analyses, said the group’s fighters were also screening people on the way to Kabul airport.

“They are targeting the families of those who refuse to give themselves up, and prosecuting and punishing their families ‘according to Sharia law’,” Christian Nellemann, the group’s executive director, told AFP.

“We expect both individuals previously working with NATO and US forces and their allies, alongside with their family members to be exposed to torture and executions.”

The Taliban has denied such accusations in the past and has several times issued statements saying fighters were barred from entering private homes.

It also insists women and journalists have nothing to fear under their new rule, although several media workers have reported being thrashed with sticks or whips when trying to record some of the chaos seen in Kabul in recent days.

“The Taliban has been saying they have no interest in recriminations, reprisals. But we do know that in the provinces, at local levels, there have been cases of people being targeted. There have been reprisals. People have been killed,” he said.

“The question is how much is this the work of the Taliban even at a local level or how much is just a reprisal between individuals, between families or ethnic groups. It gets very messy and very confusing as you get out into the provinces of Afghanistan.”

During the Taliban’s first stint in power, women were excluded from public life and girls barred from school. People were stoned to death for adultery, while music and television were also banned.

The United States invaded Afghanistan and toppled the group in 2001 following the September 11 attacks for providing sanctuary to al-Qaeda.

A video posted online by a high-profile female journalist this week for a government-run television station offered a different reality to the Taliban’s new image of tolerance.

“Our lives are under threat,” Shabnam Dawran, an anchor in state-owned broadcaster RTA, said as she recounted being shut out from the office.

“The male employees, those with office cards were allowed to enter the office but I was told that I couldn’t continue my duty because the system has been changed,” she said.

There have been isolated signs of opposition to the Taliban in parts of Afghanistan this week.

Small groups of Afghans waved the country’s black, red and green flags in Kabul and a handful of suburbs on Thursday to celebrate the anniversary of Afghanistan’s independence – on occasion in plain sight of patrolling Taliban fighters.

“My demand from the international community … is that they turn their attention to Afghanistan and not allow the achievements of 20 years to be wasted,” said one protester.

Taliban fighters fired guns to disperse dozens of Afghans in Jalalabad who waved the flag on Wednesday.

Russia also emphasised on Thursday that a resistance movement was forming in the Panjshir Valley, led by deposed Vice President Amrullah Saleh and Ahmad Massoud, the son of a slain anti-Taliban fighter.

In the Panjshir Valley northeast of Kabul, Ahmad Massoud, the son of Afghanistan’s most famed anti-Taliban fighter Ahmad Shah Massoud, said he was “ready to follow in his father’s footsteps”.

Tens of thousands of people have tried to flee Afghanistan since the Taliban swept into the capital. The US on Thursday said it had airlifted about 9,000 people out of Kabul since August 14.

Chaos erupted at the airport this week, as frantic Afghans searched for a way to leave the country.

An Afghan sports federation announced a footballer for the national youth team had died after falling from a US plane he desperately clung to as it took off.