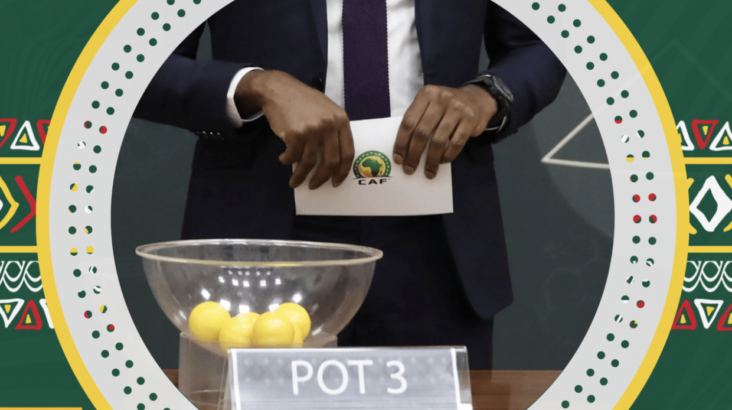 At the end of the final draw ceremony for the Africa Cup of Nations (CAN), the officials and other members of the organising committee breathed a sigh of relief.

Not only did Cameroon hold a sumptuous ceremony to commemorate African football in Yaounde, but it also scored points in the communication battle that it has been waging for several months, aimed at demonstrating its ability to host the competition on the day.

We are confident that next year, Africa and the world will witness a show of very high quality in Cameroon.

Ever since January 2019 when the Confederation of African Football (CAF) picked Egypt to replace Cameroon as tournament host following a financial scandal, there have been doubts and difficulties for the Cameroonian authorities.

The scandal [which involved alleged misuse of public funds] mirrored widespread discontent that had already been fuelled by political crises, lack of infrastructure, corruption, insecurity and even traffic jams.

At the end of September 2020, several political activists – who had demanded an audit of the funds allocated to prepare for the event – were imprisoned, and are still being held in several prisons across the country.

Today, there is less cause for concern regarding infrastructure. Five of the six stadiums that have been selected to host the games are fully operational.

The sixth one, Olembé Stadium in Yaoundé, which will host the opening ceremony, is – after many twists and turns – nearly finished. According to those in charge of the construction site, matches are set to be played there from September.

On the other hand, Cameroon had to give up its dream of an ambitious sports complex (that was to have an artificial lake, gymnasium, Olympic swimming pool, tennis courts, basketball and volleyball courts, a hotel cluster and several commercial spaces).

Meanwhile, the state of progress of other, non-sporting infrastructure remains a cause for concern. For example, in Douala, construction work to expand the strategic East Road – which leads to Japoma Stadium and through which goods destined for Chad and the CAR transit – has come to a halt, causing huge traffic jams at rush hour.

In Garoua, the city’s hotel complex, which will host the Nigerian and Egyptian giants with their hordes of fans, is far from satisfactory.

The Limbe pool, which is located in the English-speaking region of the South West, still does not have sufficient security.

Fako, a division of the Southwest Region, appeared to be peaceful; but incursions led by secessionist militias into the Muea district of Buea in mid-June threatened successful planning of the tournament. CAF is nevertheless optimistic about Cameroon’s ability to organise ‘the most beautiful CAN in history’.

“We are confident that next year, Africa and the world will witness a show of very high quality in Cameroon,” said its president, Patrice Motsepe, on the sidelines of the drawing ceremony. “It was a wise choice to designate Cameroon as host country of this CAN. This is our plan A and B, and there are no other options.” In other words, Cameroon is now fated to succeed.