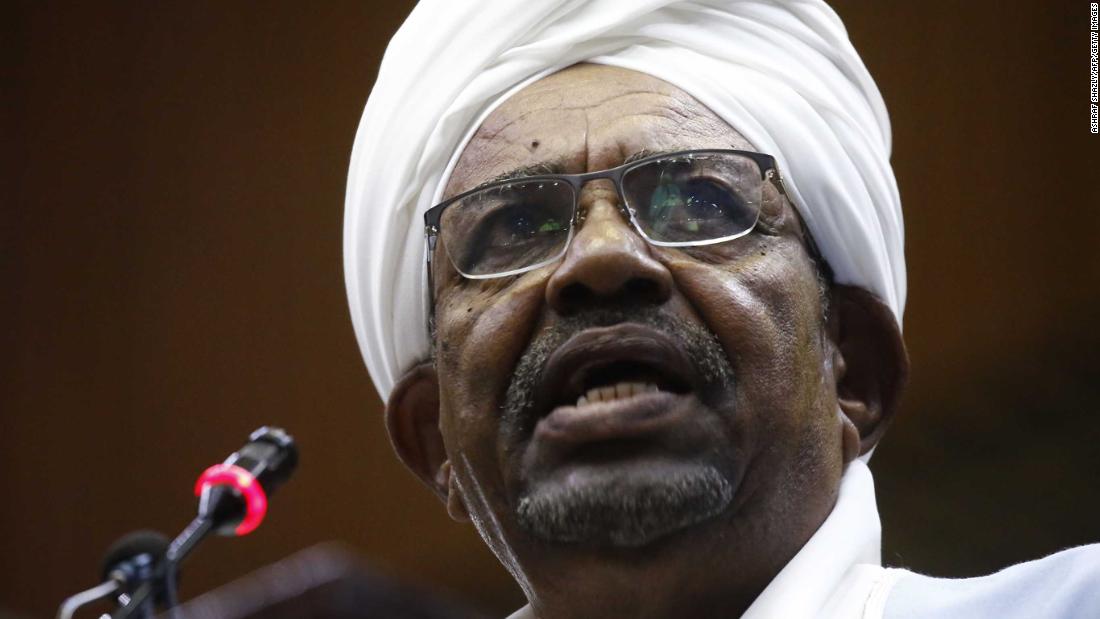 Bashir, who was ousted in April 2019 after months of nationwide protests, faces five counts of crimes against humanity and two counts of war crimes at the ICC in The Hague. The crimes were allegedly committed during Sudan’s military campaign in Darfur between 2003 and 2008.

A member of Sudan’s ruling sovereign council said Tuesday that all Sudanese wanted by the ICC would be sent there. A senior government source confirmed to CNN that Bashir was among them.

The move is part of a proposed agreement between the Sudanese government and Darfur’s rebel movement, according to the source, who asked not to be named for security reasons. No timeline has been set.

ICC spokesman Fadi El Abdallah told CNN: “We are aware and following the news in relation to Mr. al-Bashir. We have no official confirmation on our side at this moment.”

In a video statement, a member of Sudan’s ruling sovereign council, Mohammed al-Ta’ashy, said: “We cannot achieve justice unless we heal wounds with justice.”

The ICC issued two arrest warrants for Bashir, first in March 2009 and then in July 2010. It now considers him to be “at large.”

Bashir, who ruled Sudan for three decades, was the first sitting president to be wanted by the ICC, and the first person to be charged by the ICC for the crime of genocide, according to the court’s website.
Last December, he was sentenced to two years in a correctional facility after being found guilty of corruption and illegitimate possession of foreign currency.
Sudan had previously said it would not extradite Bashir.