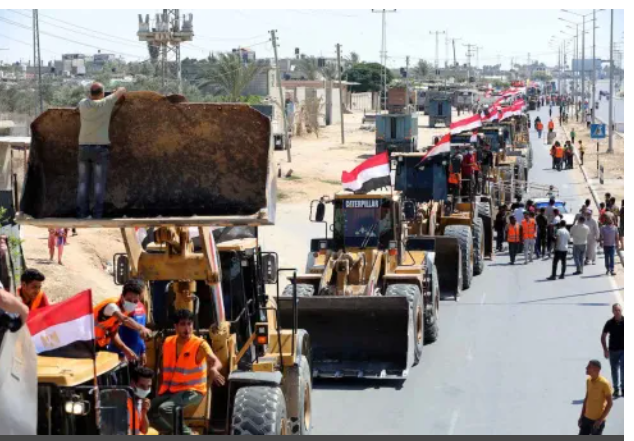 Speaking at a panel of the World Youth Forum (WYF) conference in the Egyptian Red Sea resort city of Sharm El Sheikh, Al-Sisi said: “We wished to contribute more than this sum [$500m].”

He added: “I hope that the reconstruction process we promised will end as soon as possible for the sake of our brothers in the Gaza Strip.”

The Egyptian president called on the donor countries to provide financial aid to the United Nations Relief and Work Agency for Palestine Refugees (UNRWA) so that it would be able to fulfil its duties towards the Gaza Strip.

“Our role will continue and we urge the donors to never abandon UNRWA,” he said.

Director of the UNRWA’s representative in Cairo, Sahar Lijbour, thanked the Egyptian president for his support for the organisation.