SCRAPPING OF ZEP WILL BENEFIT SOME PERMIT HOLDERS – MOTSOALEDI 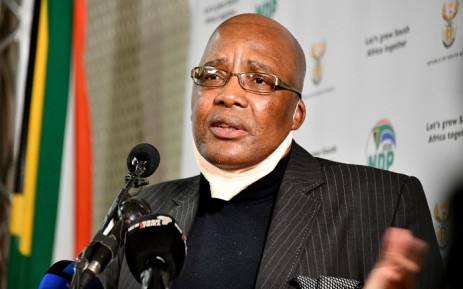 Home Affairs Minister Aaron Motsoaledi said that the scrapping of the Zimbabwean Expemption Permit was in fact beneficial for some holders, who would have otherwise been barred from applying for any other permit to stay in South Africa.

After 31 December, special permit holders living in South Africa will have 12 months to apply for alternative visas or permits, voluntarily leave the country or face deportation.

Cabinet recently announced that it would not be renewing the special dispensation for a fourth time since its inception in 2009.

Following backlash and court challenges by groups representing permit holders, the Home Affairs Department said that it stood by the decision.

Groups such as African Amity and the Zimbabwean Permit Holders’ Association have launched court bids to challenge the decision but Home Affairs Minister Aaron Motsoaledi said that this was to be expected.

We are aware that several groups will be going to court to get the decision on the ZEP renewed. Will vigorously defend our stance because it is a reasonable stance and it is a lawful stance.”

Motsoaledi has welcomed the High Court decision to strike from the roll an urgent application by the groups’ lawyers to have the matter, in which they wanted permit holders to be granted permanent residency.

The minister said that one of the conditions for the permit was that holders could not apply for any other permit in South Africa, which limited them.

“When you are a foreign national and you get married to a South African, you are entitled to apply for citizenship simply for permanent reasons by virtue of being made into a South African. The problem with this Zimbabwean special permit is that one of the conditions is that you don’t qualify for any other benefits, so it will help them when we stop this because we’ll remove the special conditions.”