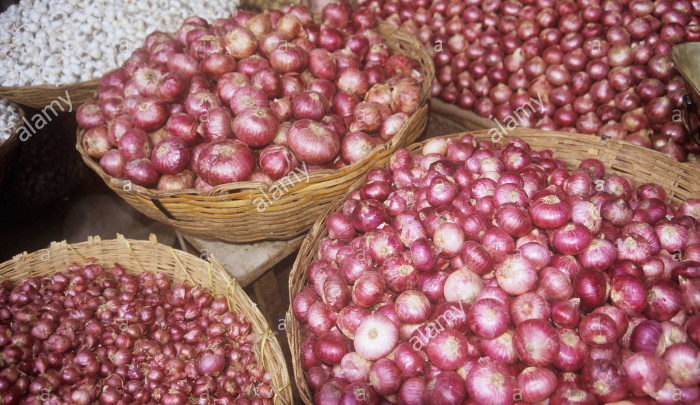 The Onion Producers and Marketers Association of Nigeria (OPMAN) said on Monday that the country could generate about $420 million (about N151 billion) annually from onion cultivation.

OPMAN’s Secretary-General, Mr Aliyu Maitasamu, said this at the 2019 General Assembly of Regional Observatory of Onion Sector in West and Central Africa, in Sokoto.

He said that the existing deficit of oil production was about 1.4 billion tonnes in Nigeria, adding that if the country maximised its full potential in onion production, it could generate up to $420 million every year.

The secretary-general noted that Nigeria was the sixth major onion producer in the world, second in Africa and first in West Africa.

According to him, onion farmers are faced with storage challenges, noting that about 60 percent of onions harvested are lost due to poor storage system.

He noted that Sokoto was the highest onion producing state, with 169,300 tonnes annually, followed by Adamawa and Kebbi.

Kadri said that the present border closure in Nigeria would surely enhance more onion production, and urged farmers to utilise the opportunity to produce more for internal consumption.

He, however, said that the possibilities for re-opening the borders should be considered for producers to export their commodities to foreign markets.

Kadri urged governments and stakeholders to engage in more awareness, to modernise onion processing and increase its value chain, as obtained in developed nations.

In his remarks, Gov. Aminu Tambuwal of Sokoto State, lauded the association’s efforts and assured of supports, in line with efforts on agricultural development package.