MAN ARRESTED AT BLOEMFONTEIN AIRPORT AFTER GRENADE FOUND IN BAG 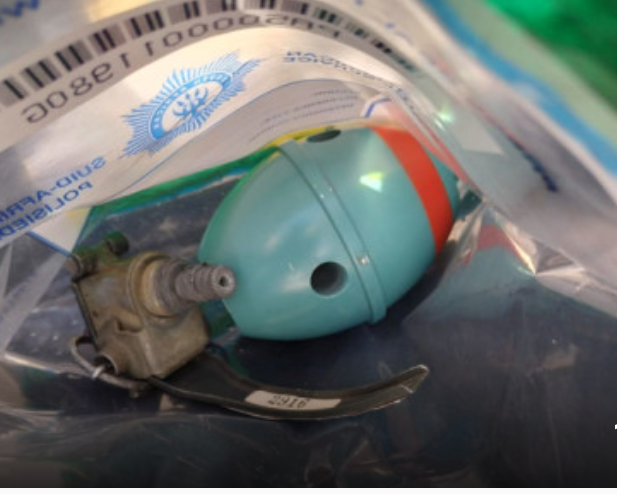 A 28-year-old man has been arrested after he was found in possession of a drill hand grenade at the Bram Fischer International Airport in Bloemfontein, resulting in an emergency evacuation.

The grenade was discovered on Monday after the man handed over his luggage to be searched and the security officer put the bag through the metal detector.

Police spokesperson Thabo Covane explains: “The security officer physically searched the bag and found the drill hand grenade. The police at the airport were called to the counter and immediately the decision was taken to activate the evacuation alarm because of the possibility of a threat to the terminal building. The bomb disposal unit were also summoned to the scene to handle the evidence and sweep the building.”

Operations at the airport returned to normal after the building was declared safe.

The man will have to answer to charges of possession of a hand grenade shell and interference with airport operations.