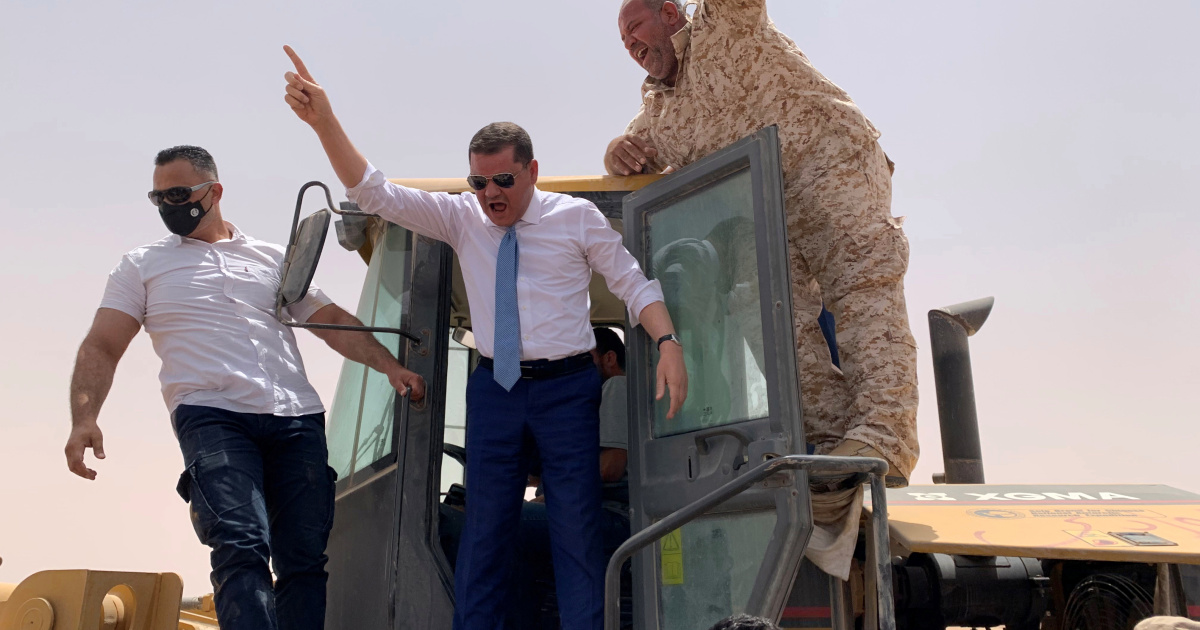 The parliamentary and presidential elections planned for the end of the year give the long-suffering people of Libya reason to be hopeful about their country’s future. Nevertheless, their optimism is tempered by the ongoing struggles to achieve transitional justice, the fears about possible election violence, and the many other challenges the North African country’s newly formed interim government is facing.

Indeed, without a coordinated international and domestic effort to prevent election violence, deliver transitional justice, and consolidate the legitimacy of the new government, Libya can easily plunge back into conflict.

In March 2021, a new interim executive was established in Libya. The Government of National Unity (GNU), selected through a United Nations-supported process, replaced the Tripoli-based Government of National Accord (GNA) and the parallel eastern cabinet based in the Cyrenaica region and not recognised by the international community.

While the GNU was formed only a few months ago, the obstacles it is currently facing in its efforts to unify the war-torn country and steer it towards elections are old. Indeed, most of these challenges stem from historic divisions between Libya’s three regions.

The GNU’s efforts to unify Libya’s long divided government institutions are hindered primarily by the huge trust deficit between key actors. As the issue is more political than technical, the unification process needs to be sustained by a more intense political dialogue. Some of Libya’s key stakeholders expected the process to be an automatic, straightforward merger of decentralised administrations and teams.

However, the unification requires a thorough assessment of the needs in each of Libya’s three regions, as well as their existing functions and structures. Only after such an assessment, national ministries can be restructured in a sustainable way that is acceptable for all regions and that prevents the concentration of all decision-making powers in Tripoli.

The GNU is also facing many obstacles in its efforts to hold free, fair and legitimate elections before the end of the year. Many of these obstacles are technical – the authorities are struggling to register voters, to secure polling places and, most crucially, to agree on a legal framework for the election.

However, while these technical issues are undoubtedly causing much anxiety, the primary challenge in the electoral process is still mostly political: election security.

Numerous local and foreign security actors operating in various parts of Libya, and the absence of a centralised system to oversee the election, are leading many to question whether Libya can hold peaceful and truly inclusive elections that would deliver legitimate results.

And even if the GNU resolves these issues in time and holds elections that are accepted as legitimate by the majority of the Libyan people and the international community, it may not be able to prevent post-election scenarios that may hinder the peaceful formation of a new government or undermine its legitimacy. Indeed, current officials may try to maintain their positions against the will of the people after the election, or foreign troops in the country may make moves to undermine the election results to further the interests of their own governments.

Unresolved transitional justice matters may also hinder the prospects for sustainable peace and stability in Libya.

For instance, internally displaced people – 278,177 at the end of 2020 – need to be registered as voters in the regions they are currently residing in, and this is proving to be a challenge. Moreover, there are tens of thousands of people who consider themselves Libyans, but do not have the proper documentation to prove their citizenship, register as a voter, or access services. If these issues are not resolved, and all Libyans given an opportunity to exercise their most basic rights, the legitimacy of the election will always be questioned and stability will prove elusive.

The inability to deliver justice to those who have been subjected to violence and abuse during the country’s revolution and consequent multisided civil war is another big problem facing Libya. The government needs to establish accountability mechanisms to uphold victims’ rights to access justice and an effective remedy, including reparations, to unify the country and prevent new episodes of violence in the future. It will also need to resolve longstanding land disputes, deliver justice to those who have been victimised by the Gaddafi regime, and take steps to prevent regional and ethnic marginalisation to bring stability and security to Libya.

While these challenges are daunting, the prospects for sustainable peace in Libya are still stronger today than ever before.

If all local political actors encourage their supporters to vote in the upcoming election, prime them to accept its outcome, and promise to participate in representative governance after the election, they can put the country on a direct path to peace and stability. Listening to the voices and concerns of women and youths, who can play a key role in the country’s stabilisation and development, will also help get Libya on the right track.

But the local actors alone cannot deliver the bright and prosperous future Libyans are yearning for – the international community also needs to play a role.

Global powers need to offer the GNU the support it needs to hold free and fair elections. In addition, the United States and its European allies must create the necessary conditions for the countries that currently have troops in Libya to see it in their interest to retreat. If the US and its allies cannot achieve this, they should start directly pressuring these countries to withdraw their troops from Libya.

Without strong and legitimate leadership, and meaningful international support, people can lose their trust in the newly emerging political system and once again turn to violence. The resulting chaos can give foreign powers renewed justification to keep their troops in Libya and continue intervening in the country’s internal affairs. All this can cause a new surge in violence and result in continued instability.

Today, Libyans are optimistic about the future, but they know from their experiences in the past decade that promises, commitments and good intentions mean nothing without constructive action.

The GNU, with international support, can stabilise the country and put the nation on a path towards true reconciliation. It can help create a country where all citizens are free from violence, marginalisation and discrimination. Holding free and fair elections is undoubtedly an important step towards achieving this. But it is equally important to create a national consensus that violence is not the answer to Libya’s problems. If the GNU can convince a majority of Libyans to permanently denounce violence, the nation can finally forge a new social contract, leave the past behind, and start rebuilding. And this would be welcome news not only for Libya, but the entire region.