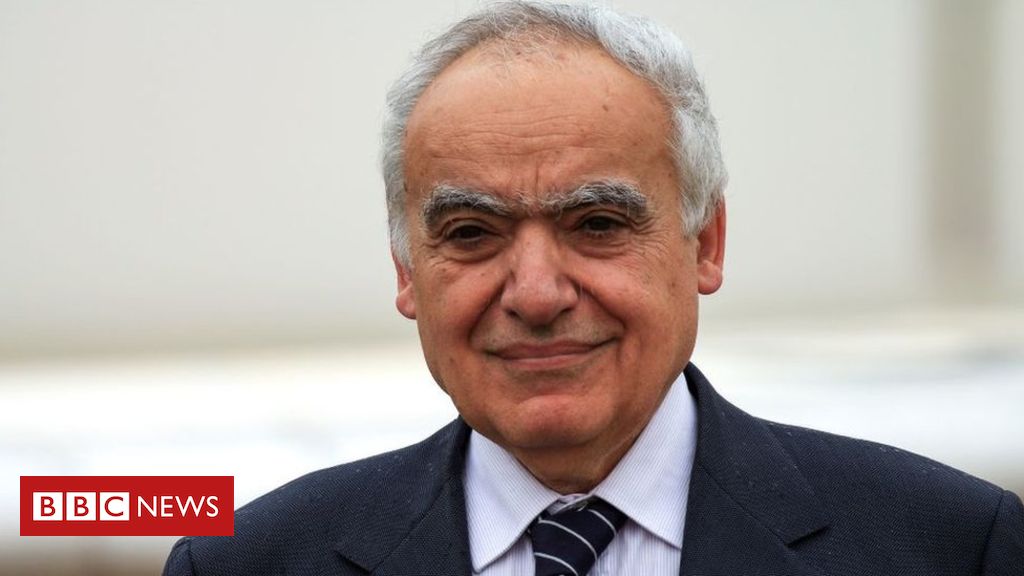 The UN’s special envoy for Libya has resigned saying his efforts to bring peace in the North African country was damaging his health.

Ghassan Salame tweeted that “my health no longer allows this rate of stress”.

Talks between the UN-backed government based in the capital, Tripoli, and fighters loyal to renegade Gen Khalifa Haftar have floundered.

Libya has been torn by conflict since the 2011 uprising which ousted long-time strongman Muammar Gaddafi.

Last week Mr Salame brought representatives of the Government of National Accord (GNA) and the Haftar-led Libyan National Army (LNA), the two warring sides, to Geneva for peace talks, but the representatives suspended their involvement.

Mr Salame tweeted on Monday that he had “sought for two and a half years to unite Libyans, prevent foreign intervention, and preserve the unity of the country”.

“My health no longer allows this rate of stress, and therefore I have asked the [UN] secretary general to relieve me of my duties,” he added.

The UN mission in Libya and the UN office in Geneva were not immediately available for comment, news agency Reuters reports.

The conflict in the oil-rich nation has been complicated by the involvement of foreign states.

Turkey passed a controversial law in January to deploy troops to help GNA forces, in Tripoli. Qatar also backs the GNA, which is led by Prime Minister Fayez al-Sarraj,

The capital has been under an 11-month-long siege by forces loyal to renegade Gen Haftar. According to the UN, the campaign has killed hundreds of people and displaced thousands more from their homes.

The LNA, which controls much of eastern Libya, is backed by Egypt, Russia, Saudi Arabia and the United Arab Emirates (UAE).

UN chief António Guterres, in an interview with the BBC last month, termed the conflict a “proxy war”, adding that it was “unacceptable”.