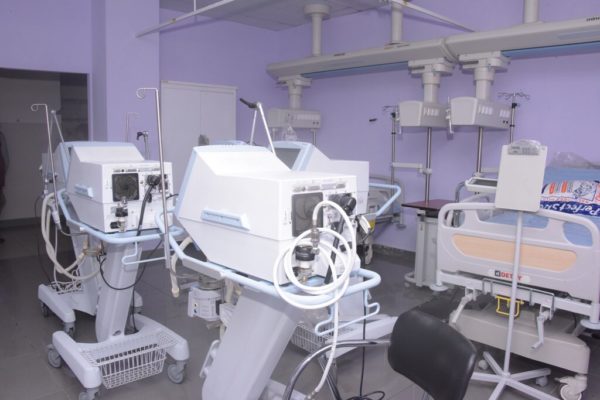 Fabamwo disclosed this on the sidelines of the 1st LASUTH Christmas Concert on Wednesday in Lagos.

Fabamwo said that LASUTH would use technology to boost its efficiency and ensure better patient management as well as care in its delivery of quality healthcare services to citizens.

“In the area of infrastructure, we hope to complete the digitalisation process that we started.

“Our clinical process are almost fully computerised, we started with six clinical departments.

“In 2020, we hope that all our clinical areas would be fully computerised such that a doctor sitting at his desk will be able to send patients to pharmacy, laboratory for test and retrieve patient history without looking at the patient’s file,’’ he said.

According to him, about 80 per cent of departments and units now have new computers, printers, with relevant software installed, adding that there is free internet in the hospital premises.

Fabamwo said that the development was part of activities marking his first year of assuming office as the CMD of the hospital.

He recalled that before his assumption of office, psychiatric patients were not admitted into LASUTH because of the dilapidated state of the psychiatry ward.

“Considering the high burden of mental health cases in the country, we came to the realisation that if a big hospital like LASUTH does not have a functional psychiatry system, then we are not in business.

“We quickly refurbished the ward and now have a fully functional male and female ward servicing the needs of the citizens,’’ he said.

He said that the hospital expanded its Intensive Care Units, dedicated a 10 bedded Stroke Unit, four new dialysis machine and modernised its Ear, Nose and Throat (ENT) ward, among other development.

According to him, LASUTH now has a full range of ophthalmic equipment worth N20 million to render improved and quality eye care service to the public.

He commended the staff of the hospital for their contributions and urged them to redouble their efforts to make LASUTH a one-stop destination for tertiary healthcare in Africa soonest.

Earlier, the First Lady of Lagos State, Dr Ibijoke Sanwo-Olu, commended LASUTH for organising the concert to put a smile on the faces of patients and staff of the hospital.