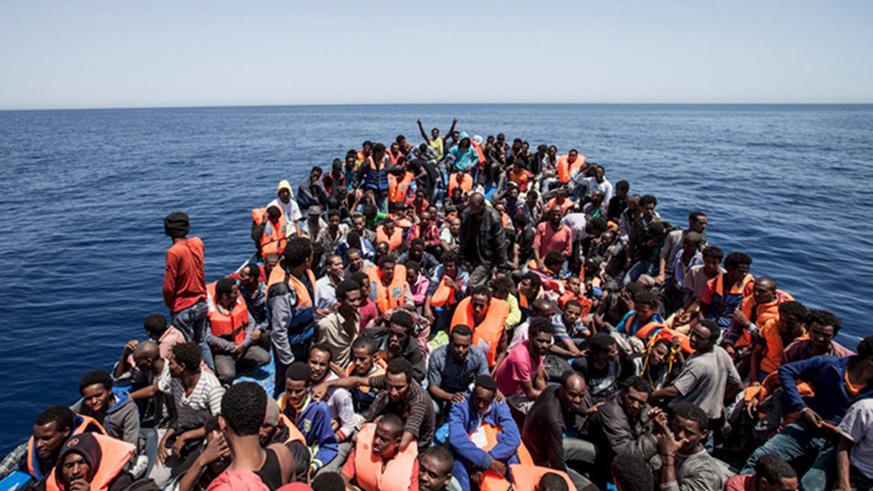 The National Commission for Refugees, Migrants and Internally Displaced Persons (NCFRMI), has expressed the Federal Government’s  commitment to promoting safe, orderly and regular migration to reduce risks in irregular migration.

The theme of the dialogue was  ” localising the Global Compact for safe, orderly and regular migration (GCM) towards setting up national action plan for the implementation of the GCM”.

According to him, Nigeria’s problem is not with migration to foreign countries but with Nigerians not taking the lead to sell the richness of every region of the country as a first priority.

He added that the commission would continually collaborate with various sectors to strengthen economic stability and plan interventions that advocated renewed hope in Nigeria.

He said: “each year, Nigeria loses young professionals through both irregular and regular migration to other countries where life has been sold as more prosperous than home.

“Our theme this year is apt as we seek local opinions on how best to manage the Nigerian migration dynamics for the benefit of all within the framework of the recently adopted GCM.

“For Nigeria, being committed to the issues of migration is an understatement. We are more committed than ever; through Nigeria’s involvement in the UN Global Compact, we have shown the highest level of political will.

“Interestingly, just last week the president announced that all persons travelling to Nigeria from other African countries will have the ability to apply for visas on arrival and be admitted into the country, unlike ever before.

“This is because safe, orderly and regular migration through the GCM is our goal,” he said.

He also said that the commission would spend most of 2020 developing message that would address and direct citizens to the various opportunities they could take advantage of in Nigeria.

“We hope to work with others to promote more migration to the continent for the growth of our local economy.

“We will continue to advocate for joint bilateral agreements with all of foreign governments for the promotion of more regular migration.

“This improved awareness will hopefully reduce the risks being taken by Nigerian men, women and children currently crossing the Sahara Desert and Mediterranean Sea.

“The commission is also collaborating with the Ministry of Niger Delta Affairs to reduce irregular migration and human trafficking.

“We hope to also address the protracted displacement of Bakkasi returnees and migrants from the North-East who have migrated to the region.

The commissioner expressed hope that the inter-government and bilateral partnerships would promote more regular migration as stated in GCM.

He, however, said that the GCM would have no value if it did  not change the lives of migrants.

Umar-Farouq said that for the outgoing year,  the number of international migrants increased by 51 million from the year 2000 figure.

She  said that migrants’ contributions to the social and economic development of their origin, destination as well as transit countries reached a record high of 698 billion dollars in 2018.

“The experiences, skills, knowledge and political support migrants brought to their various home countries have added to the accelerated growth seen in some of the developing countries.

“Thought as the positive impacts of migration continues to rise so do its challenges.

“So we need to do more in ensuring migrants’ protection in their countries of destination while we celebrate the billions of dollars and other forms of social remittances from our Diaspora,” she said.

Chief of Mission, International Organisation for Migration (IOM), Mr Franz Celestin, reiterated the organisation’s commitment to providing support as  the migration issue was a collective task.

He said that National Migration Dialogue was an important step for effective migration governance in Nigeria. (NAN)