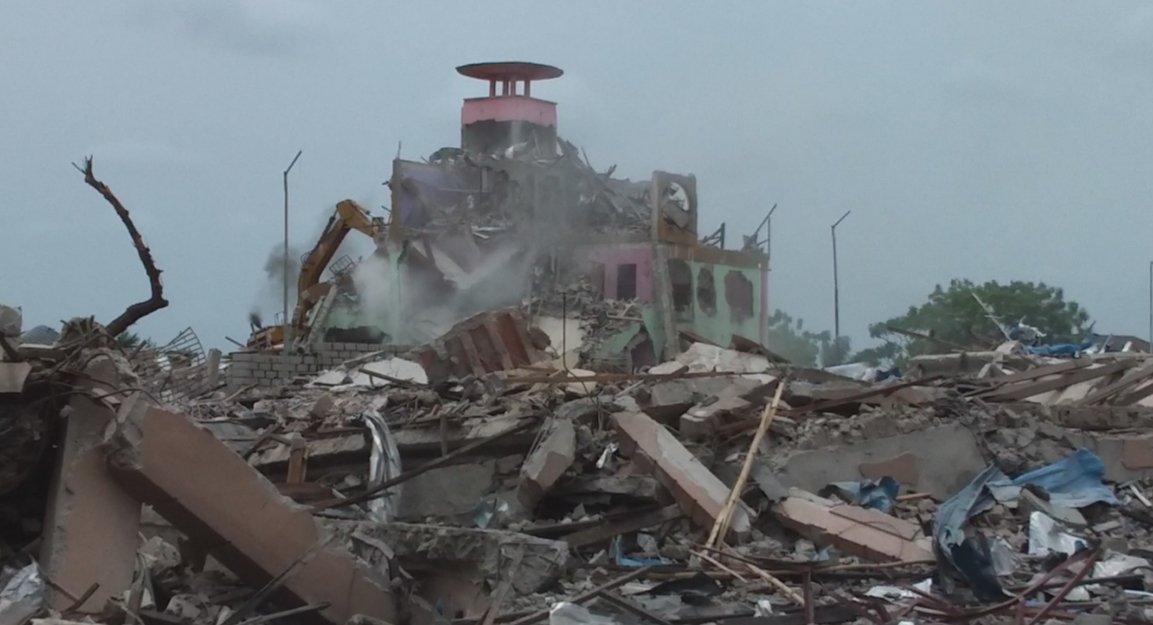 Some victims of the March 15  gas explosion at Soba in Amuwo Odofin area of Lagos State on Saturday continued to  count  the losses they experienced as a result of the incident.

They spoke in separate interviews with the News Agency of Nigeria (NAN)  who was at the site of the gory incident on Saturday for another round of an on-the-spot assessment of the situation.

A correspondent  of NAN  at the  site of the  explosion seven days after it happened reports that  it was not a sight to behold  as the debris of devastation and despair could still be seen everywhere .

NAN also noticed that the  Lagos State Emergency Management Agency (LASEMA) had  mounted a tent at the scene where it was engaging the community in its enumeration .

The Director of Operations, LASEMA, Mr Olatunde Akinsanya, told NAN , “What we are  trying to do is a detailed enumeration of affected properties around the corridors.”

NAN noticed that at first glance at the site, it seemed like everyone was working together to bring order to the chaos that was evident in the environment.

It observed that some earth moving equipment were  bringing down buildings that had been badly affected  by the explosion and workmen were removing what was left of roofs, rods and furniture from houses.

NAN , however, observed that the tapes used to cordon off the areas affected by the explosion to prevent unauthorised persons from gaining entry there  were either down or hanging loosely on the poles.

NAN  saw scavengers, uncountable, who had found their ways past the areas condoned off  and were busy collecting items such as roofing sheets, iron rods and wood from the site.

“A few of them carted them away while those who didn’t have a means of transporting them, carried them away in their arms.

“Security agents were seen chasing, whipping some of them all to no avail as they always came back.

“Residents and landowners going through the enumeration process, watched without stopping them, seemingly oblivious of  the situation.”

A landowner, who spoke under anonymity, told NAN  that there was no need stopping the scavengers because they would come back at night to get the things.

“I’m just grateful to God that I did not lose any member of my family.

“I had to roof one of my shops to store the things I could salvage; we sleep in a self contained room in my compound.

“Some others don’t have anywhere to sleep,” he told NAN.

Chidi Okems, another resident of Soba, told NAN that  having to pass by  the site of the explosion daily when going for his daily activities always left him sad.

“Our building did not collapse, only its doors were pulled off during the explosion.

“We have not had power supply since Sunday because the high tension wires were affected and we don’t know when it will be fixed,” he said.

NAN gathered that more troubles were looming for the landowners as the Federal Government was planing  to reclaim the lands from the indigenes of Soba Community.

The acting Managing Director (MD) of the Federal Housing Authority (FHA), Mr Umar Buntu, during a visit to  the site on March  17 was quoted to have  said  that the parcels of land spread across Ojo Cantonment up to Trade Fair, including Soba belong to the Federal Government.

The indigenes, however, claimed  that the lands were theirs because the government compensated them with it after destroying farmlands they inherited from their forefathers, to build houses.

Another landowner, Mr Francis Duru, said that it was unfortunate that the MD of FHA chose to break the sad  news to them at a time when others were sympathising with them over  their losses.

Duru, who is also the Secretary of Soba Landlords and Residents Association, lost his two-storey building  to the explosion.

“We are not happy over that comment; the state governor and every other person that came to this place sympathised with us.

“They said things that will make us happy because we are in agony over what we lost,” he said.

In his remarks about the lands, Duru said: “We have been going to Abuja to finalise the documents; for them to tell us now that they don’t know we exist is a lie.

“It is the area the Federal Government allocated to the indigenes that we paid for.” (N