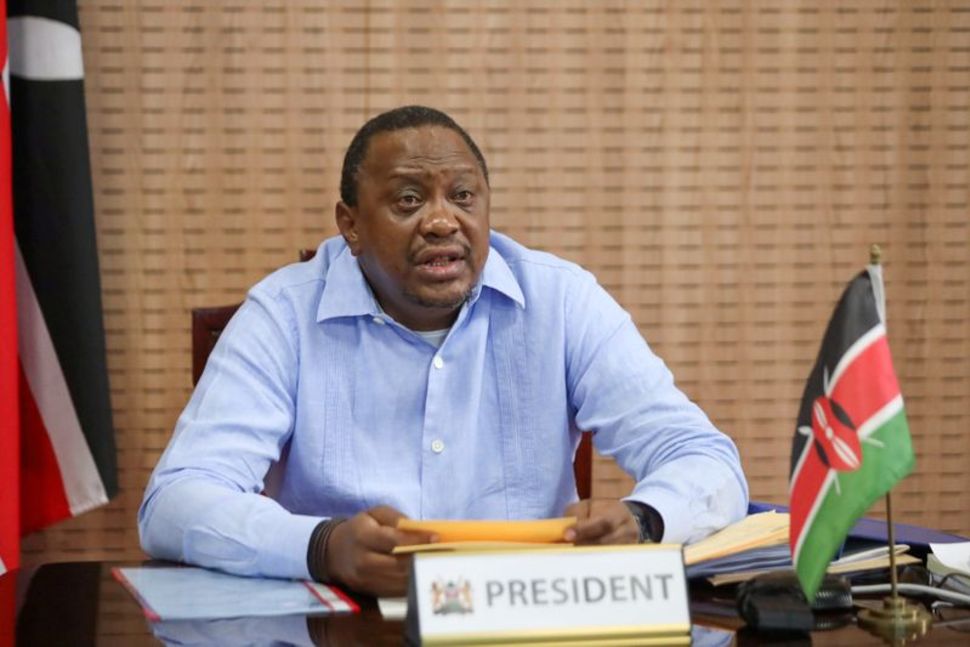 The national debt is projected to increase by Sh750 billion in the next 10 months. That is Sh2.6 billion a day.

At this rate, parliament budget experts estimate that, by 2022 when President Uhuru Kenyatta leaves office, the debt could hit Sh9.2 trillion — more than three times the total annual budget.

They anticipate little borrowing space beyond three years because of a statutory ceiling of Sh9 trillion, which implies this could be the first crisis for President Kenyatta’s successor in 2022.

It is estimated the national debt will pile up to Sh7.5 trillion by June next year, up from Sh6.6 trillion this June, according to the latest Parliamentary Budget Office report.

PBO attributes the increment to the impact of low generation of domestic revenue largely because of disruption to businesses by Covid-19 and pressure from expenditure on ongoing programmes.

“The impact of Covid-19 on the economy is expected to adversely affect revenue generation,” PBO notes in its report titled “The clouds are gathering as the winds blow away the pandemic.”

However, the Covid-19 pandemic, which struck the country in March, forced emergency spending while restrictions shut down the economy, occasioned job losses, and altogether depressed government revenues. The report cautions that the current financial year will present difficult economic conditions for fiscal consolidation measures required to maintain debt at sustainable levels. The PBO warns that a planned government bailout is insufficient to revive the economy.

“The magnitude of the economic stimulus to be undertaken in order to bring back the economy is likely to require significant financing beyond what has already been provided for in the budget,” the report states.

The experts warn the rising external debt portfolio poses a high risk of debt distress in the absence of mitigating factors.

The report exposes the catch-22 situation the country finds itself in with loan repayment gobbling up nearly half of revenue generated this financial year. Debt servicing expenditures are estimated to utilise up to 49 per cent of ordinary revenues in the financial year 2020/21, the report observes.

“This implies that, at best, only approximately 51 per cent of revenues will be available for financial year 2020/2021 budget implementation,” it adds.

And the problem is worsened by the fact that some of the heavy capital projects like the Standard Gauge Railway are yet to make money as had been anticipated.

The operational cost of the SGR has chalked up Sh40 billion in pending bills. This figures adds to another Sh80 billion in pending bills in the roads sub-sector. The report notes that, in an attempt to address this, Sh60 billion was provided in the second supplementary estimates of the 2019/2020 financial year but “its utilisation is yet to be reported on.”

Despite operating on a shoe-string budget, the government has still been wasteful. The report reveals Sh7.6 billion has been wasted in unnecessary commitment fees.

“Despite the planning of government financing for each financial year, the country continues to incur commitment fees arising from non-disbursement of external debt. Since financial year 2015/16, a total of Sh7.6 billion has been incurred as commitment fees,” the report states.

It explains: “This is an extra burden arising from debt disbursement inefficiencies due to late issuance of letters of credit and lack of allocation of the required counterpart funding.” And the costly inefficiencies continue, given that at the end of the third quarter of 2019/2020 financial year, only Sh98.4 billion (42 per cent) of the Sh232.78 billion net foreign financing had been disbursed.

PBO however notes that there is a silver lining in the dark Covid-19 cloud — cost savings.

For instance, some sectors like education may spend less than what was allocated due to the nationwide school closures for at least half the financial year.

Capitation funds, which are allocated per learner (at basic, tertiary and university level) to support operations and maintenance in learning institutions, account for 25 percent (Sh124.4 billion) of the entire education budget.

Given that major users of various utilities were not in session for the first half of the financial year, there is an opportunity to save some capitation resources.

Additionally, work-from-home directives have reduced government travel therefore savings can be made from budget items such as foreign and domestic travel expenditure.