Jonathan refuses to say ‘no’ to call to contest 2023 presidency 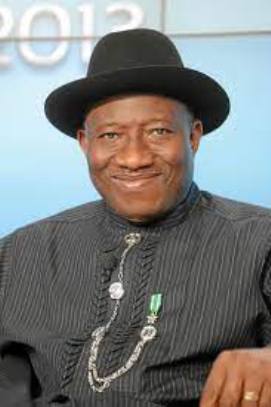 Former President Goodluck Jonathan on Friday refused to say categorical ‘no’ to a group a supporters who had stormed his office in Abuja demanding that he should join the 2023 presidential race.

Rather, the former President told the group which tagged itself the Youth Compatriots of Nigeria that he is not yet sure if he will declare interest in the 2023 presidential race or not.

He was quoted as saying: “I cannot tell if I’m contesting,” by some blogs and newspapers.

The former President told the group that he cannot declare his interest “because some process are still ongoing.”

“Yes you are calling me to come and declare for the next election, I cannot tell I’m declaring. The political process is ongoing just watch out. The key role you must play is that Nigeria must get somebody that will carry young people along.”

PDP risks lawsuit over zoning, Afegbua warns
He however asked members of the group who are mostly youths to take more interest in the affairs of the nation.

Members of the group had stormed Jonathan’s office, asking him to contest for President in 2023 with a musical band around 8:50 a.m.

Members of the group carried placards and banners with inscriptions such as ‘Goodluck Jonathan must run for president 2023′, “Jonathan is our candidate’, among others.

A spokesman for the group, Mayor Samuel, said Jonathan should return to government to end misgovernance and suffering being inflicted on Nigerians by the Muhammadu Buhari administration.

Daily Trust report that Jonathan later went into a closed -door meeting with leaders of the group.