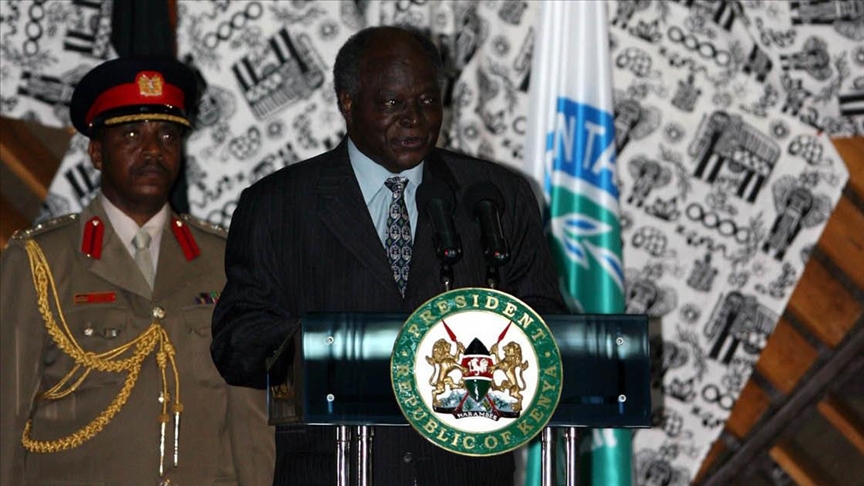 “It is my sorrowful duty to announce to the nation the passing on of H.E. Emilio Mwai Kibaki, the third president of the Republic of Kenya,” Kenyatta said in a televised address to the nation.

“We salute a notable father figure in the chronicles of our nation. A leader who strove so hard and accomplished so much for his country. A nation he so deeply cherished and served with commitment and an unbending will to improve the lives of our people,” Kenyatta said.

The former president had a legacy of accomplishments in Kenya’s education sector, being the first leader to introduce free primary and secondary education in the country, bringing over 1 million children to school.

Kibaki’s administration conceptualized and spearheaded a transformation in critical sectors such as infrastructure developments in transport and energy, and increased the availability and access to health care for Kenyans.

Kenyatta announced a national mourning from Friday until the burial of Kibaki, which is yet to be set.

Zambian President Hakainde Hichilema sent a message of condolences to Kenya, praising Kibaki as “the great son of Africa.”

He said Zambia is deeply saddened to learn about the death of Kibaki and extends its condolences to the bereaved nation.