Hate Speech Bill and the controversies 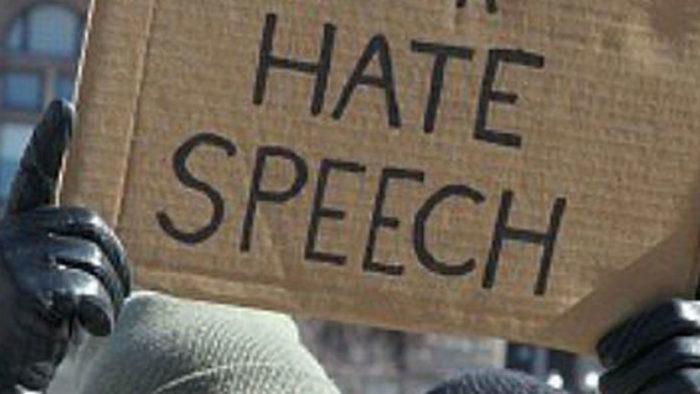 One of the bills before the 9th Senate is the Hate Speech Bill, which was reintroduced by the sponsor, Sen. Sabi Abdullahi, on Nov.12, 2019.

Abdullahi, who is also the Deputy Senate Chief Whip, had in March 2018, introduced the bill for consideration and passage, but did not make it through to third reading.

The bill prescribed death by hanging for any person found guilty of any form of hate speech that results in the death of another person.

It seeks the establishment of the National Commission for the Prohibition of Hate Speech.

“The proposed commission is expected to enforce hate speech laws in the country and ensure the elimination of hate speech.

“For offences such as harassment on grounds of ethnicity or race, the offender shall be sentenced to not less than a five-year jail term or a fine of not less than N10 million or both.”

After the bill was reintroduced, it elicited mixed reactions, as many described the bill as unnecessary as issues of hate were taken care of by extant laws

But the sponsor argued that existing laws on defamation and libel were grossly inadequate to tackle the issue of hate speech.

According to Abdullahi, parliaments across the world have identified hate speech as a new threat that dehumanises and targets individuals and groups, and also threatens peace in a diversified society.

The lawmaker stated that the Parliamentary Assembly of the Council of Europe, which is a 47-nation member organisation, in a report identified threats posed by hate speech to include: exclusion among minority groups, alienation, marginalisation, emergence of parallel societies, and ultimately radicalisation.

These, Abdullahi warned, are present features in the socio-dynamics of Nigeria as a nation, which places the country on the brink of implosion from the effect of hate speech.

He said that given the complex dynamics associated with hate speech, “the provisions of defamation and libel laws in Nigeria clearly lack the grip to tackle the dimensions of hate speech in acts such as victimisation, marginalisation and exclusion.

“Hate Speech Bill is about prohibiting incitement to discrimination, hostility and violence,” he said.

In protest against the bill, the Nigerian Guild of Editors (NGE) at its 15th All Nigeria Editors’ Conference (ANEC) expressed their opposition to fake news and hate speech.

The Acting President of the Guild, Mustapha Isah, said that the guild was not in support and would never support fake news and hate speech.

” Our members are trained professionals. It is true that the social media space, like any other ecosystem is being abused by some people,” he said.

He, however, said that the guild was not in support of any move to “surreptitiously curtail press freedom.’’

On his part, a human rights lawyer, Mr Femi Falana (SAN), says that the National Assembly has no power to enact a law on hate speech for the entire country.

He said that such law was not within the purview of the National Assembly, but the states.

He said that while the issue of hate speech fell under residual list, the National Assembly was empowered to legislate on exclusive and concurrent lists.

“Under Section 4 of the Constitution, NASS can only legislate on matters in the exclusive and concurrent lists.

“I have looked at those lists, I have not found anyway where the NASS has been empowered to make the law on hate speech. It is a state affair on residual list.

“Let everybody know his or her limitations of power so that we will not make mistake.

“If you want to prescribe death penalty, you can do so in your state. In Lagos State for instance, the execution of death penalty has been declared illegal by a court in Lagos.

“Whether you want to kill someone by hanging or firing squad, the court in Lagos has said that it is against Section 34 that has abolished any form of torture.’’

According to him, if any state wants to legislate on hate speech, it can do so within its jurisdiction.

Falana said that the Cybercrime Act had taken care of the entire fiats regarding hate speech by providing stringent conditions, including fine and prison terms for offenders.

Throwing his weight behind the proposed bill, Political Officer of the Embassy of the United States of America, Jerry Howard, described the proposed bill as an “impressive” piece of legislation needed to address issues of discrimination, hostility and violence in Nigeria.

Howard described the response of the media as “misleading” and “hysterical” of the contents of the bill and what it actually sought to achieve.

Speaking on the decision of the US Embassy to engage the National Assembly on the bill, Howard said, “We want Nigeria to succeed and we think a prerequisite for Nigeria’s success is successful democracy.”

After heated debate on the bill, the sponsor of the bill who represents Niger North Senatorial District, said that the Senate may amend the death penalty clause in the bill.

“The death penalty proposed in the bill will be amended by the Senate when it is subjected to legislative input at the National Assembly.

“We have followed closely arguments for and against the hate speech bill, and seen the reason why some kicked against it.

“Given the high respect which we have for Nigerians, we will make amendment to the death penalty aspect that most Nigerians objected to, so that a bill that meets their expectations is passed into law.”

The debate rages on, while Nigerians anxiously wait to see how the dust will settle.(NANFeatures)

**If used, please credit the writer as well as News Agency of Nigeria (NAN)