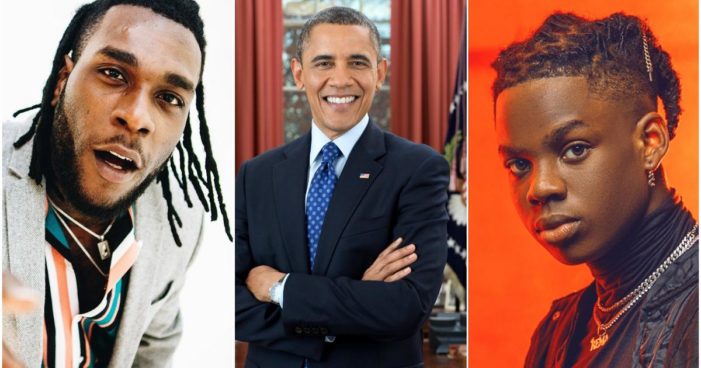 Sixth on the 35-song list is Burna Boy’s Anybody and 26th is Rema’s Iron Man.

In listing his favourite songs for this year, Obama is continuing an annual tradition. He had earlier released his favourite books and movies for the year and a short list of TV shows that he enjoyed.

Obama took to Twitter today to unveil his songs of the year. From the list, the former president has a diversified taste, listening to music from various genres, such as pop, R&B, hip-hop, música urbana and country music.

He defined his tastes in his post: “From hip-hop to country to The Boss, here are my songs of the year. If you’re looking for something to keep you company on a long drive or help you turn up a workout, I hope there’s a track or two in here that does the trick.”

Burna Boy’s Anybody and Rema’s Iron man were listed alongside other 33 great songs which include Playing Games by Summer Walkers, Show Me Love by Alicia Keys featuring Miguel, Mood 4 Eva by Beyonce.