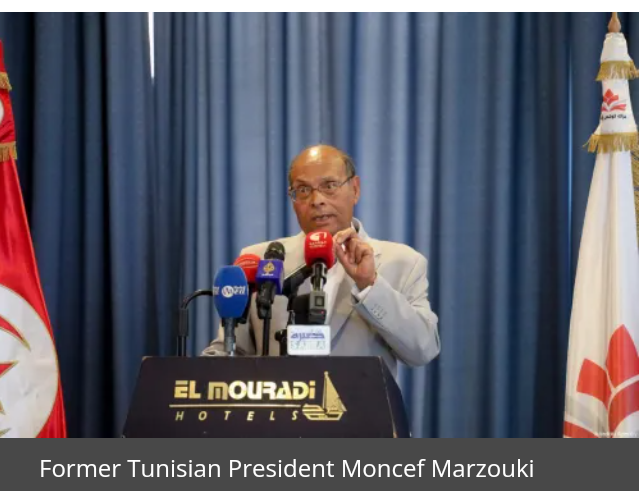 “I’m waiting for a signal from the militants in Tunisia to decide on the date of my return to Tunis,” Marzouki, who is currently residing in the French capital, Paris, said on Twitter.

Marzouki’s remarks came days after he was sentenced by a Tunisian court to four years in prison for “harming the external security of the state.”

He was reported to have called for protests against the Tunisian President Kais Saied’s measures taken on 25 July, describing the move as a “coup.”

The former president’s vows came after recent calls by Tunisian politicians against his extradition.

Numerous politicians are concerned about Marzouki’s unilateral decision to return to Tunisia, especially with the serious accusations leveled against him by the Tunisian ruling regime, and the Arab countries’ support for the Saied measures.