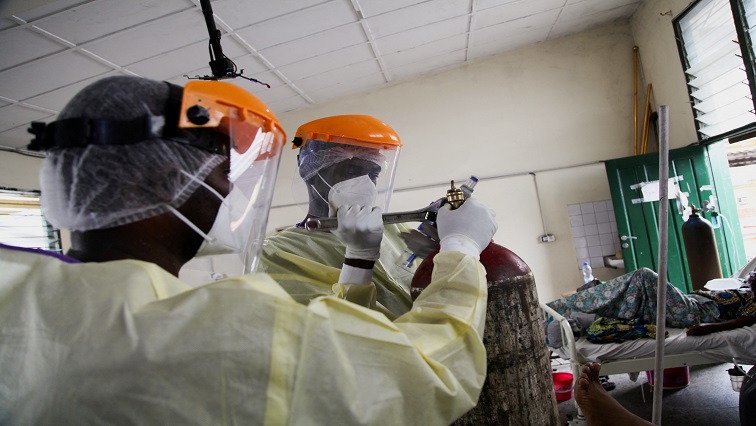 It has come to our attention with stark disappointment and disgust about the publisher’s intent of malicious and smear campaign against the Ministry of Health.”

“First of all, it appears Mr. Bah is quoting an audit Report that to my knowledge is in draft version because each of those so-called millions claimed in the report, the Ministry had explicitly and adequately explained with a full write up that is backed with supporting evidence which either your paper deliberately failed to reflect as the Ministry’s standpoint, or the auditors have failed to do so with ill motive.”

“A damning report from the National Audit Office obtained by The Standard has revealed that tens of millions of dalasis was expended by the government in its Covid-19 response (procurement and distribution of medical and food items) without following due process. It also highlighted millions more transactions that could have been avoided.”

It is quite disappointing and perplexing that a report of this nature, will be carelessly made available to the Press even before a final version of it is shared with the Ministry as the primary respondent and more so the National Assembly as the foremost oversight body to whom the National Audit Office is answerable as the representative of the people. I strongly believe this is at odds with the mandate and procedures of the National Audit Office. I further hold strongly that the story by Mr. Omar Bah is pre-meditated for malice because it has by its nature, deviated from the Audit standard of presenting both the audit findings and the attendant Management (Ministry’s) responses alongside each other for the readers. Your paper has failed to observe the tenets of balance reporting in this regard. Rather, thepaper unprofessionally picked on only those pointsitdesires to use as points of earning cheap popularity – a style of reporting the Standards newspaper has become notorious for, as against professional and balanced reporting.”

Secondly,the report clearly demonstratesMr. Bah’signorance and lack of understanding of government payment procedures and requirements, because if he doesthen he would have asked himself a lot of questions about the barrage of inconsistencies carried in the draft audit report before relying on it. If you understand the payment procedures and or if you care to find out at all, you would have realized that the payment of the magnitude of D1, 978,500 quoted for Dicko Enterprise and D1, 300,000 for Marr Banta Supplies (see letters ref GPPA/MOHSW/TR 10/20/(2)/(J.J) of 9th April 2020 and GPPA/MOHSW/TR 10/20/(2)/(J.J) of 9th April 2020) could not have passed the scrutiny of the various levels of the payment cycle without the prior formal approval letter from the Gambia Public Procurement Authority (GPPA) represented by its Director General on the Multi-sector Procurement Committee, alongside the other members like the Accountant General, the Director General of Internal Audit, the Permanent Secretary Ministry of Finance and Economic Affairs and the Permanent Secretary Ministry of Health.”

At least, as the professional Newspaper that Standard claims to be, the paper owe it to its esteem readership to go the extra mile to dig out the relevant facts and back up evidence from either the author of the source document or by consulting the leadership of the Ministry of Health for clarity before publication.”

“In the same vein, if not for the reporter’s malicious intent or lack of awareness of events in his surroundings, he would have noticed that an earlier attempt by another journalist to smear the image of the Ministry using the same report failed woefully after receiving a rebuff in the social media when he published his story. The positive difference that that particular journalist had over Mr. Bah is that at least he made an effort and had met the Ministry’s leadership and was able to collect firsthand information and evidence from them, even though that one also equally decided not publish some of the facts he obtained from the Ministry because they were counteracting his own malicious assertions.”

With the aforesaid, please allow me to now present to your readership the Ministry’s version in refutation of the points quoted in your Standards newspaper report of 23rd December 2021 as follows:

In theopening paragraphthe reporter stated ” … ..The standard has revealed that tens of millions of dalasis wasexpendedby the government in its Covid-19 response (procurement and distribution of medical and food items) without following due process”.

“In addition, the relevant supporting documents listed below are quotations based onthe prescribed procurement method for items within theRequest For Quotation (RFQ)threshold,in line with Clause 12 (1),which is further explained in schedule (1) of the table of thresholds in Gambian dalasis as contained in the 2019 GPPA Regulation. Evidence of the RFQ process is here presented for your verification. Note that for each of the categories, only the most responsive quotation is selected and for MP. Trading, our records show the amount of D32, 200 instead of the erroneous figure of D10, 000quoted in your story.”

Procurement of Printer and Catridge:

Procurement of locally made face mask

“Your story’s assertion under the above sub-heading refers to finding 2.4 of the referenced audit report. In the Ministry’s management response to audit, it was categorically stated that during the Covid-19 pandemic a major challenge has been to know what the exact treatment of Covid-19 is. The pandemic might not have gone out of hand if the exact treatment was known and accepted worldwide. A lot of conventional treatment regime including drugs previously used to treat other ailments, were used in various countries.”

“The issue of Covid Organic from Madagascar gained the attention of all especially during those desperate times of surging infections and mortality. The President of Madagascar donated some covid-19 Organic to some African countries including The Gambia. The Bissau Guinean President facilitated the transport of the quantities meant for The Gambia, Senegal, Guinea Bissau etc. This was transported from Madagascar by a chartered flight arranged for by the Bissau Guinean government and all the countries which benefited from the gesture were meant to contribute to the cost of freight. This D2, 217,987.87 is not for procurement of the Covid organics or for

single sourcing of the transportation. It was The Gambia’s contribution to the cost of the hiring of the aircraft that brought the Covid organics from Madagascar to our country.”

“The Covid organic were never said to be useless by the WHO in the fight against Covid-19 it was said that more research needs to be done on it.”

“At a time when people were searching for a cure for Covid-19 to save lives, we think it was not out of place to get the Covid organics as a country. Part of what we planned to do is use it in clinical trials. That plan is still on, so covid organics are not wasted. Collaboration with Senegal for the trial is being explored.”

Therefore, points 2.6 (failure to obtain GPPA approval on single sourcing) and 2.7 (Non-assessment of alternative sources of transportation) do not apply since the situation did not warrant those.

The Standard report of … “significant time elapsed which resulted in excessive transportation cost” featured under sub-head 4.2.1 of the draft report and it should be understood that the Covid-19 pandemic brought with it challenges in transportation with global shipping and airfreight being affected. The planned mode of transportation of the items procured from Turkey had always been from the beginning, to airfreight the items to The Gambia.

“This suggestion was received from our technical support teams who are very conversant with the trends in the international arena at that time. The Ministry was tasked to approach government to make a request to the Turkish government to help airfreight the items for us probably using a Military Cargo plane. The Executive was briefed and upon approval, a letter of request Ref: AD 229/407/01 TEMP: (49-M.L.J) dated 9th April 2020 was sent to the Ministry of Foreign Affairs to facilitate this process. The Turkish government was engaged through the Embassy in Banjul. The request was being looked into by the Turkish government. It took a while and we were told that the request was being processed. A letter of reminder referenced AD 229/407/01 TEMP: (M.L.J) dated 24th June 2020 was sent to our Foreign Ministry but we were told that the request was still being processed.”

“During the period, the Ministry was constantly monitoring the stock levels which remained very high from the numerous donations obtained from partners. As time went by, we noticed that there might be a challenge on the Turkish side in getting a transport support from the Turkish government. The Executive was contacted with this information and the go ahead was given for the Ministry to transport the items. At this juncture the World Bank Task Team Leader (TTL) mentioned that the items be airfreighted considering the fact that there were increasing number of cases of Covid-19 worldwide including in The Gambia. Many countries had also locked down at that time. He went ahead to say he had secured an additional funding of $1 million from his institution for the airfreighting and other activities.”

“The argument that the items could have been transported cheaper if they were shipped is defeated considering that we were in a pandemic and a seemingly stable situation could deteriorate within a very short period. This showed the high unpredictable nature of Covid-19 as seen in most parts of the world. We seriously believe that your quoted figure of $665,827.95 spent on airfreighting from the extra $1 million funding secured from the World Bank for this and other purposes was put to good use.”

“It must be emphasized that the additional funding of $1 million was requested for by the World Bank Official (Health Team Task Leader-TTL) just for airfreighting and any extra for other activities. So we strongly believe that using the fund that was specifically provided by World Bank for airfreighting the goods including the ten Covid-19 ambulances for that purpose is very much in line with good practice and value for money.”

“Predicting the course of a pandemic is one of the biggest challenges in epidemiology especially a pandemic caused by a previously unknown micro-organism. The Covid 19 pandemic is of such nature. However, based on what was seen as the pattern of the disease in the countries affected earlier on, various thematic areas in the Covid -19 response came up with lists of items that would potentially be used in the response. New treatment centers are needed to be established and another is to be restructured. Equipment and supplies challenge in health facilities need to be addressed as Covid-19 patients could present at any facility in the country and they need to be taken care of.”