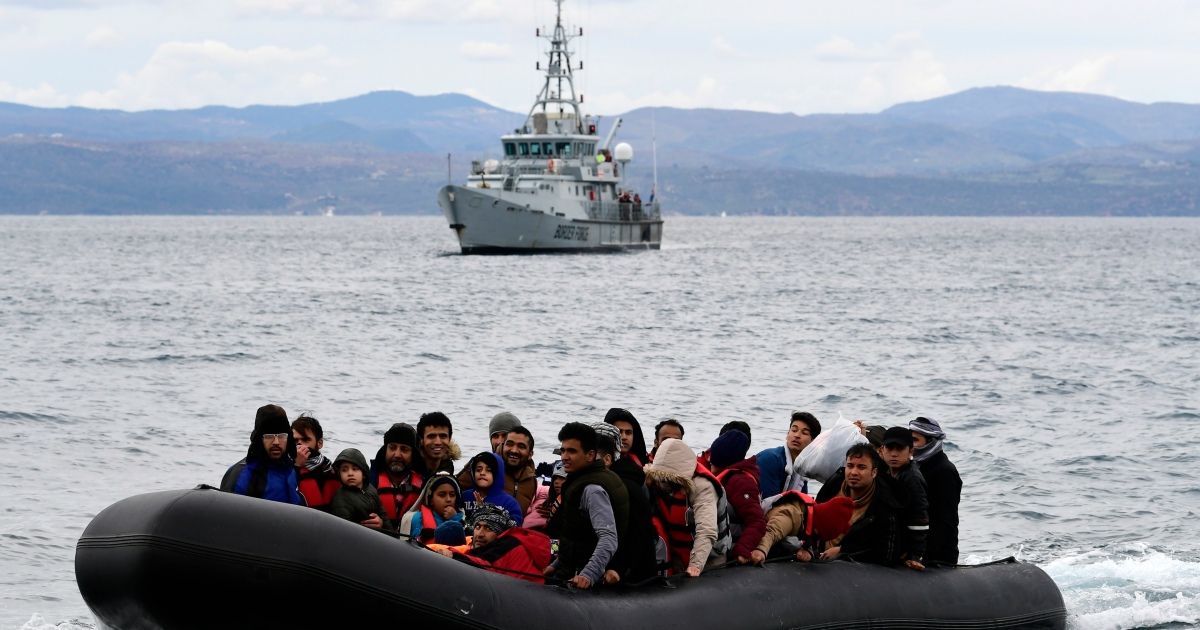 Forcing would-be refugees away from a border is considered a violation of international refugee protection agreements.

The head of the European Union’s border protection agency has offered to resign following allegations that the agency was involved in illegally forcing migrants back from Europe’s borders, according to EU and German officials.

The board of the European Border and Coast Guard Agency, known as Frontex, is considering whether to accept the offer of resignation from Frontex Executive Director Fabrice Leggeri, a German Federal Ministry of the Interior spokesperson said on Friday.

Forcing would-be refugees away from a border – known as pushback – before they can reach a country and claim asylum, is considered a violation of international refugee protection agreements, which say people should not be expelled or returned to a country where their life and safety might be in danger due to their race, religion, nationality or being members of a social or political group.

“I can confirm that he has offered the board of Frontex his resignation,” interior ministry spokesperson Maximilian Kall told reporters in Berlin.

Kall said replacing Leggeri would offer an opportunity for a “fresh start” at Frontex.

“It offers the possibility of fully resolving the allegations, creating complete transparency and ensuring that all missions by Frontex occur in full conformity with European law,” he said.

A source familiar with the matter told Reuters on Friday that Leggeri’s resignation had been accepted.

Frontex spokesman Pior Switalski did not respond when asked if the resignation had been approved.

The European Commission – the EU’s executive arm that oversees Frontex – also declined to comment, saying an extraordinary session of the Warsaw-based agency was continuing on Friday.

Leggeri has been under mounting pressure to resign for several months.

Last year, the EU’s anti-fraud watchdog, OLAF, opened an investigation into Frontex, over allegations of harassment, misconduct and migrant pushbacks.

The director submitted his offer to resign a day after a media investigation suggested this week that Frontex’s database recorded illegal pushbacks in the Aegean Sea as “prevention of departure” incidents.

Frontex supervises the enforcement of the EU’s external borders and those of countries that participate in Europe’s visa-free Schengen area.

A spokesperson for the EU’s executive commission, Eric Mamer, said it was up to the agency’s board “to assess the situation”.

Leggeri has led Frontex since January 2015, running the agency during the 2015 European migrant crisis, when well more than one million people, many of them refugees fleeing war in Syria, began entering the bloc.

According to a joint investigation this week by Lighthouse Reports, Der Spiegel, SRF Rundschau, Republik and Le Monde, the EU’s border agency has been involved in the pushbacks of at least 957 asylum seekers in the Aegean Sea between March 2020 and September 2021.

The European Court of Human Rights has held that undocumented migrants should be provided with information and care, and have their asylum claims processed.

European lawmakers have asked for part of Frontex’s budget to be frozen until improvements are made, including setting up a mechanism for reporting serious incidents on the EU’s external borders and establishing a system for monitoring fundamental rights.