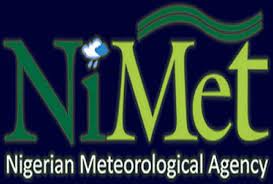 Weather affects virtually every facet of human existence. It determines what we eat, drink, wear and even when and how to do such activities.

It is no gain-saying that warming has affected weather conditions over time, making it difficult for anyone to predict it without using modern equipment or any parameter.

Realising these, the Nigerian Metrological Agency (NiMet), has been partnering with relevant stakeholders to set up weather stations to enhance accurate forecast.

NiMet director-general, Prof Mansur Matazu, at the inauguration of the new weather stations said the stations would positively impact all sectors of the economy.

Matazu, who was represented by the agency’s general manager, Mr Daniel Okafor, was excited that the agency got more stations to enhance its coverage.
Giving further insights
According to the DG, the stations would add to the data NiMet gathers for the nation to get tailored- information and pieces of advice that would help policy makers in taking informed decisions.

“It is also to aid different sectors of the economy that are weather-dependent on making their plans towards doing whatever they want to do in their sector.
“There is no sector of the economy that doesn’t depend on weather. We are talking about climate change, rise in temperature, amount of rainfall we used to have.

“With these kinds of stations and several others located in different coordinates in the country, we would be able to monitor and forecast the total amount of rainfall that is expected in different regions.

“It would enable the farmers (agricultural sector) to know the planting season, the duration of rainfall, kinds of crops to plant, the period of maturity and the rest.

“In the aviation sector, without weather information, the pilot cannot fly because he needs to know the weather from where he is leaving to where he is going,’’ he said.
Useful for learning
Dr Salisu Dahiru, NEWMAP national project coordinator noted that the stations usually brought essential aspects of learning to the institutions where they were located.

Dahiru, represented by NEWMAP’s water specialist, Mr Ayuba Anda, stated that students who would be in the field after graduation need to have good knowledge of the role weather played in agriculture and other human endeavours.

“For the institution as a centre of learning, the lecturers have a dire need for more knowledge of modern weather equipment and their utilisation to enable them to teach the students better.

“They will get data to show the students how these data would be used, archived, analysed and transmitted into reasonable information that would be meaningful for planning and development,’’ he said.

He gave such maintenance culture as cleaning the environment, dusting the solar panels and checking the battery terminals at all times.

Gov Simon Lalong, who inaugurated the stations, also said that it would impact on the lives of the institutions as well as other Nigerians.

The governor, who was represented by Mr Yakubu Idi, the commisioner for environment, said that as a government, it was aware of the challenges that might accompany the establishment of the stations.

“In the event that the institution fails, we can fall back on that of the state government.

“I am happy that while NEWMAP is winding up, we have the ACRISAL coming on board to continue from where NEWMAP stopped.

“ACRISAL also has a component of climate change as well as weather focus and I believe the establishment of weather stations is equally embedded in it,’’ he said.

The heads of the institutions commended NEWMAP and other stakeholders for situating the stations in their schools and promised to  maintain the stations for optimum use.

The vice-chancellor, University of Jos, Prof Tanko Ishaya, lauded Plateau government for citing one of stations in the university.

“Since you have a centre of excellence in Katsina and Lagos, let University of Jos house the one for the North-central zone.

“We can house it through our consultancy or through our Geography Department so that you can train personnel for NiMet.

“We also want you to accommodate our students under the Students’ Industrial Work Experience Scheme (SIWES) in NiMet.

Ishaya requested for some NiMet staff members to be visiting scholars to the university as some of the courses relevant to the agency were being taught at the institution.
NAN