Coronavirus maps and charts: A visual guide to the outbreak 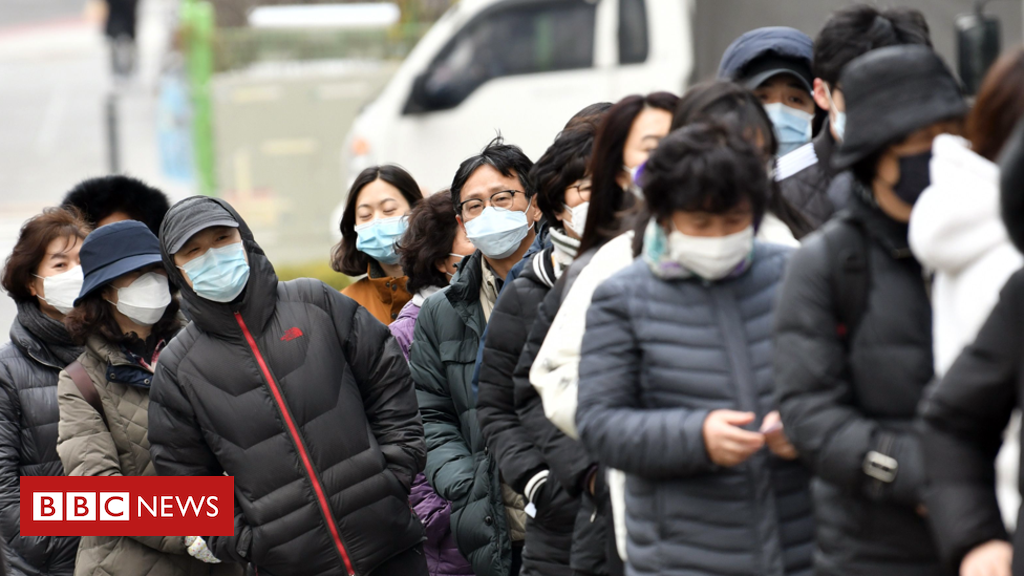 A fast-moving virus originating in China has spread to more than 60 countries. It has claimed more than 3,000 lives so far.

The vast majority of cases are in China, but the virus is now spreading faster outside the country.

Here are ten maps and charts that will help you understand what is going on.

1. Cases outside China continue to grow

More than 80,000 people in China have been infected with coronavirus since its emergence in the city of Wuhan, Hubei province, in December.

Outside China, South Korea, Italy and Iran have been worst affected, with more than 5,000 cases in South Korea, almost 3,000 in Iran and more than 2,000 in Italy.

Some 92 deaths have so far been reported in Iran, while 79 people have died in Italy.

Japan has recorded more than 900 cases as of 4 March, while France has at least 200 and Germany, the United States and Singapore more than 100 each.

The UK has so far seen 85 confirmed cases, and this figure is forecast to rise.

Governments across Europe are stepping up preparations, as more cases are detected.

Coronavirus has infected about 10,000 people outside China, according to World Health Organization (WHO) figures.

This could mean “multiple chains of as yet undetected human-to-human transmission” internationally, they say.

What are the symptoms?

How worried should we be?

Coronavirus: How can you protect yourself?

Numbers jumped in Italy, France, Germany and the UK over 1-2 March.

On the Spanish island of Tenerife, hundreds of guests who had been locked down in a hotel after an Italian doctor and his wife tested positive for the virus, are now being allowed home once they test negative.

2. The virus has pandemic potential

The jump in the number of daily confirmed cases internationally has raised fears the outbreak could become a pandemic – when an infectious disease spreads easily from person to person in many parts of the world.

The spread has reached a “decisive point” and has “pandemic potential”, WHO head Dr Tedros Ghebreyesus says.

Countries around the world are ramping up measures to battle the virus.

Some governments have halted flights from virus-hit nations, locked down towns, urged people to stay at home and suspended major events.

A number of international conferences and sporting events have been cancelled, including the Six Nations rugby matches between Ireland and Italy in Dublin that were to be held on 7 and 8 March.

The WHO, which declared the crisis a global health emergency on 30 January, has confirmed it will not formally “declare” a pandemic for the new coronavirus, though the term may still be used “colloquially”.

3. South Korea, Italy and Iran are among the worst-affected countries

South Korea, Italy and Iran have all seen significant outbreaks of cases, with South Korea the worst-affected country after China.

South Korea‘s biggest virus clusters have been linked to a religious group near the south-eastern city of Daegu, which has a population of around 2.5m.

The mayor of capital Seoul has urged 10 million residents to work from home and to avoid crowded places.

In Italy, authorities have banned public gatherings and closed schools across much of northern Italy until at least 8 March.

Most of the country’s cases are concentrated in the wealthy northern regions of Lombardy and Veneto.

The UK has advised against travelling to the towns in quarantine.

Iran has seen more than 2,300 cases of the virus – with most in the capital, Tehran, and the city of Qom, where cases first emerged.

The country has been the source of dozens of cases in countries in the region, including India, Afghanistan, Bahrain, Iraq, Kuwait, Oman and Pakistan.

In response, many of Iran’s neighbours have announced the temporary closure of their borders with the country.

Saudi Arabia has also temporarily banned pilgrims from entering the country to visit the holy sites of Mecca and Medina and suspended visas for tourists from countries with confirmed cases of the virus.

4. China still has by far the most cases

The number of overall coronavirus cases in China has been rising since January.

The country accounts for more than 80,000 of the 90,892 global cases – and thousands more Chinese citizens are under medical observation.

Government and regional officials have imposed tight restrictions in a bid to reduce infections, including cancelling flights, closing schools and workplaces and ordering some cities to go into lockdown.

Hubei province – the centre of the outbreak – remains the worst affected, seeing by far the biggest number of cases of the virus.

Its capital city of Wuhan, home to 11 million people, has been effectively shut down since 23 January, with transport links closed.

The origins of the coronavirus have been linked to illegally traded wildlife at Wuhan’s seafood market, which sells live animals including pangolins, bats, rabbits and marmots. However, the exact source of the outbreak has not been identified.

Hundreds of foreign nationals have been evacuated from Wuhan by several governments including the US, France and Britain.

5. Daily infections and deaths in China have been comparatively low recently

New cases announced in China have remained low over recent days, compared with numbers seen in early-mid February, according to official figures.

Figures have stayed in the hundreds rather than the thousands for more than a week, following a spike in mid-February.

Officials in Hubei province have come under fire for their handling of the virus outbreak, including causing confusion by changing the criteria used to count the number of cases.

Changes to the way patients were diagnosed half way through February caused a brief spike confirmed cases, but this change was later reversed, causing a dip.

The number of deaths announced each day by the Chinese authorities has been falling for most of the last few days.

Like the daily confirmed cases, death figures saw a spike caused by the temporary change in diagnosis criteria.

Wuhan continues to account for the majority of new cases and deaths in China.

A study of 44,000 coronavirus cases by the Chinese Centre for Disease Control and Prevention found that more than 80% had been mild, with the sick and elderly most at risk, while 4.7% had been critical.

A report on the early stages of the outbreak by the Lancet medical journal said most patients who died from the virus had pre-existing conditions.

Medical researchers and scientists say it is too early to accurately predict how the virus will spread or calculate the death rate, partly due to mild cases remaining untested and unrecorded and a time lag of reporting infections.

As there is not yet a specific anti-viral treatment for coronavirus, people with the infection are currently being treated for their symptoms.