Bulgarian elections: The ‘beginning of the end’ for Borisov? | Europe News 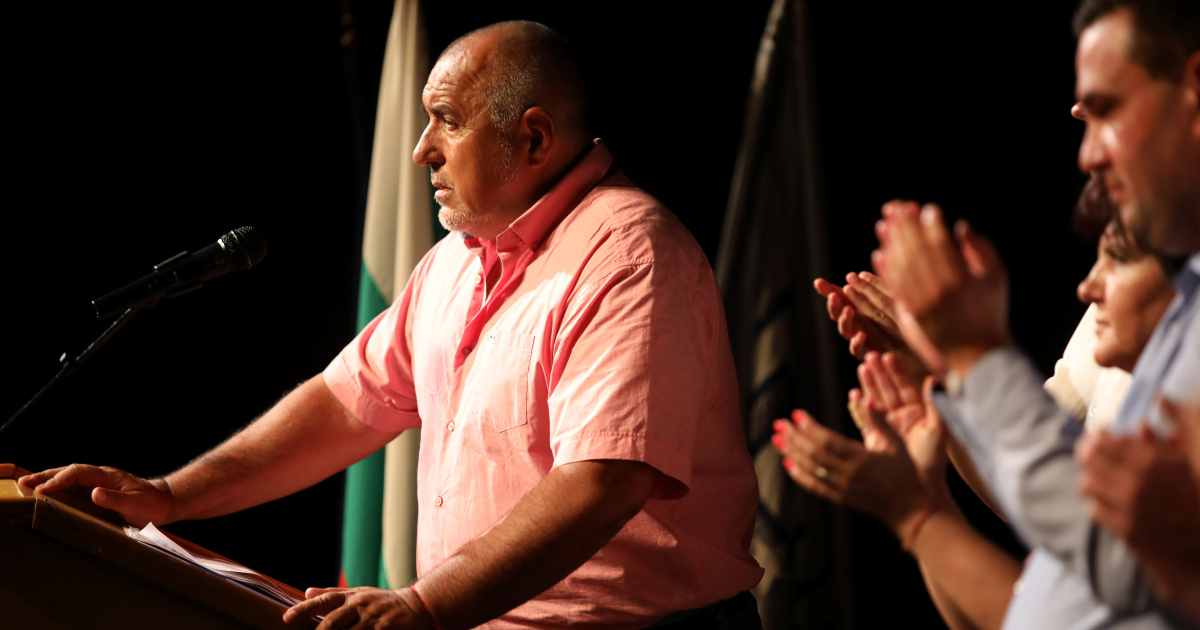 On Sunday, Bulgarians will head to the polls for a second parliamentary election in three months.

An early vote was called after the April 4 vote resulted in a hung parliament, with the governing GERB party of conservative former Prime Minister Boyko Borisov failing to secure enough support to form a new cabinet.

In May, Borisov, who has served as premier for three terms since 2009, had to step down and hand over power to a caretaker government.

Since then, several political scandals have rocked the country of seven million, as the interim cabinet sought to uncover what it says are corrupt practices by government officials linked to GERB.

Pre-election polls show GERB almost tied with There is Such a People, the party that came second in the April vote and is headed by popular talk show host Slavi Trifonov.

The far-right parties which were GERB’s coalition partners in the previous government may not pass the 4 percent threshold to enter parliament.

The analysts Al Jazeera spoke to said in the July 11 elections, Borisov’s party may again fail to win enough votes to form a coalition, which would effectively end the ex-premier’s nearly 10-year stint in power.

Some say that this may even mark the end of his political career.

‘Trumpisation of the electoral campaign’

Since it took power on May 12, the interim government has regularly released information to the public about corrupt practices, embezzlement and other legal violations it says it has uncovered in government ministries and state institutions.

Accusations from the business sector against the previous government have also been publicised, with one businessman claiming in front of a parliamentary commission that Borisov personally threatened him.

In a separate allegation, Interior Minister Boyko Rashkov said another businessman confided in him that Borisov had suggested he may be killed and his body fed to his family.

The former prime minister has rejected these accusations as a political campaign against him, predicting he may be arrested soon.

“Don’t be afraid, I’m the one in the crosshairs,” Borisov told a rally of young GERB members in May. “What is going now as a coup is not legal at all.”

He has also cast doubt on the mandatory use of voting machines in Sunday’s election, accusing opposition parties of “tampering” with them.

According to Anna Krasteva, professor of political science at the New Bulgarian University, Borisov’s campaign rhetoric shows he has run out of strategic moves.

“He has only tactical moves left and they are ridiculous. He is going for Trumpisation of the electoral campaign,” she told Al Jazeera. “This is categorically the beginning of the end of Borisov. In the eyes of the Bulgarian people, he stands for corruption.”

However, according to Petar Cholakov, associate professor of sociology at the Institute for the Study of Societies and Knowledge at the Bulgarian Academy of Sciences, it is too early to declare the end of Borisov and his party.

“The situation is quite dynamic … If the so-called protest parties are unable to form a government after the elections, this could work in favour of GERB,” he said, referring to the three parties that backed protests against GERB in the summer of 2020 – There is Such a People, Democratic Bulgaria, and Stand up! Thugs out!.

And despite the alleged corruption scandals, some of Borisov’s allies abroad maintain their support for him.

“I follow what is happening in Bulgaria and, Boyko, you have a lot of work to do. The EPP supports you, we stand firmly behind you. Rely on us,” Manfred Weber, leader of the European People’s Party in the European Parliament, said in June.

But American President Joe Biden’s administration seems to be sending a different signal.

Shortly after the interim government took over in May, US Ambassador Hero Mustafa met Prime Minister Stefan Yanev and several of his ministers – and paid an unusual visit to the National Revenue Agency.

Then, оn June 2, the Biden administration announced sanctions under the Magnitsky Act against several Bulgarian political and business figures, including former MP Delyan Peevski from the Movement for Rights and Liberties (MRL).

According to some, Borisov has close links to the sanctioned media mogul.

Cholakov said Peevski’s alleged trade in Bulgarian passports and links to Russian energy projects may have been perceived by Washington as a threat to the US interests.

But the sanctions are also a sign of disapproval.

“The United States is signalling that it is not happy with this model of governance [of GERB-MLR],” he said.

GERB and There is Such a People are both polling at about 20 percent.

The other two parties that could enter a possible anti-GERB coalition – Democratic Bulgaria and Stand up! Thugs out! – are at about 12 percent and 5 percent, respectively.

The Bulgarian Socialist Party is at 15 percent and the MRL at 11 percent.

But according to political consultant Vesislava Tancheva, there may be some surprises due to machine voting, which would limit vote-buying and could discourage some minority communities that do not read Bulgarian.

This may affect MRL’s results, in particular, as the party is traditionally backed by minorities.

Some of GERB’s big business supporters may also withdraw their support, shrinking the so-called “controlled vote”, where large employers instruct employees to vote for a specific party that favours their interests.

These trends might not bring enough votes to an anti-GERB coalition, however.

“It is quite possible that we may go for a third election this year. And that is a possibility that all parties, except GERB, are internally discussing,” Tancheva said.

In her view, a third election might pressure GERB and result in another interim government investigating its dealings and pushing forward with judiciary reform, which may accelerate prosecution in corruption cases.