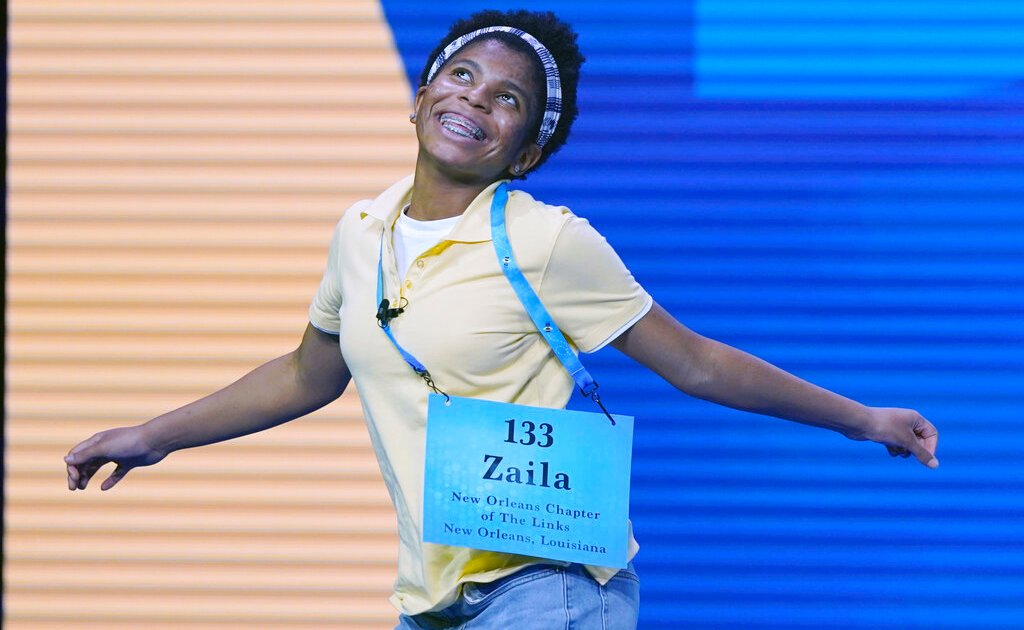 Zaila Avant-garde, 14, became the first African American to win the United States’ 90-year-old Scripps National Spelling Bee on Thursday by correctly spelling ‘Murraya’, a genus of plants, staying cool after a near miss with a botanical word in a previous round.

Televised live on ESPN, complete with play-by-play commentary and interviews with the participants, the student competition played out before a live audience at the Walt Disney World Resort near Orlando, Florida.

Declared the champion, Zaila jumped and twirled with joy, only flinching in surprise when confetti was shot onto the stage.

“I was pretty relaxed on the subject of Murraya and pretty much any other word I got,” Zaila said.

Avant-garde, from New Orleans, is the first Black contestant to win since Jody-Anne Maxwell of Jamaica in 1998. Avant-garde is an accomplished basketball player, with several Guinness World Records for dribbling multiple basketballs at a time. She dreams of playing in the WNBA women’s professional basketball league.

Zaila said she knew she would be the first African American winner of the bee. She knew Black children around the country were watching the telecast, waiting to be inspired and hoping to follow in the footsteps of someone who looked like them. She thought of MacNolia Cox, who in 1936 became the first Black finalist at the bee but in those days was not allowed to stay in the same hotel as the rest of the spellers.

Avant-garde claimed the $50,000 top prize after appearing relaxed and bantering with the judges and moderators, despite her struggle with the word ‘Nepeta’ for another plant genus.

Pausing at the unstressed sound in the middle of the word, she collected herself, started again, and nailed the second ‘e’, jumping for joy on stage when told she was correct.

Avant-garde said in an interview before the finals she hoped to inspire other African Americans, who she said might not have the money to pay for the tutorials needed to be competitive. Zaila’s father had given her the last name Avant-garde in tribute to jazz musician John Coltrane.

Watching the spelling bee on TV in 2019, her father realised Zaila’s affinity for doing complicated math in her head could translate to spelling. She began working with a private coach, Cole Shafer-Ray, a 20-year-old Yale student and the 2015 Scripps runner-up.

Shafer-Ray quickly realized his pupil had extraordinary gifts. “She really just had a much different approach than any speller I’ve ever seen. She basically knew the definition of every word that we did, like pretty much verbatim,” he said.

“Zaila deserved it. She’s always been better than me,” Chaitra said. “I could review a lot more words. I could get a stronger work ethic.”

Bhavana Madini, 13, of New York finished third with the $15,000 prize, after being eliminated on ‘athanor’, a type of furnace.

In a competition that has been dominated by contestants of Indian heritage, Avant-garde is being celebrated for her ground-breaking victory.

This year’s competition added rules meant to avoid multiple co-winners, like the eight who shared the title in the ‘octo-champs’ contest in 2019. The contest was cancelled in 2020 because of the coronavirus pandemic.