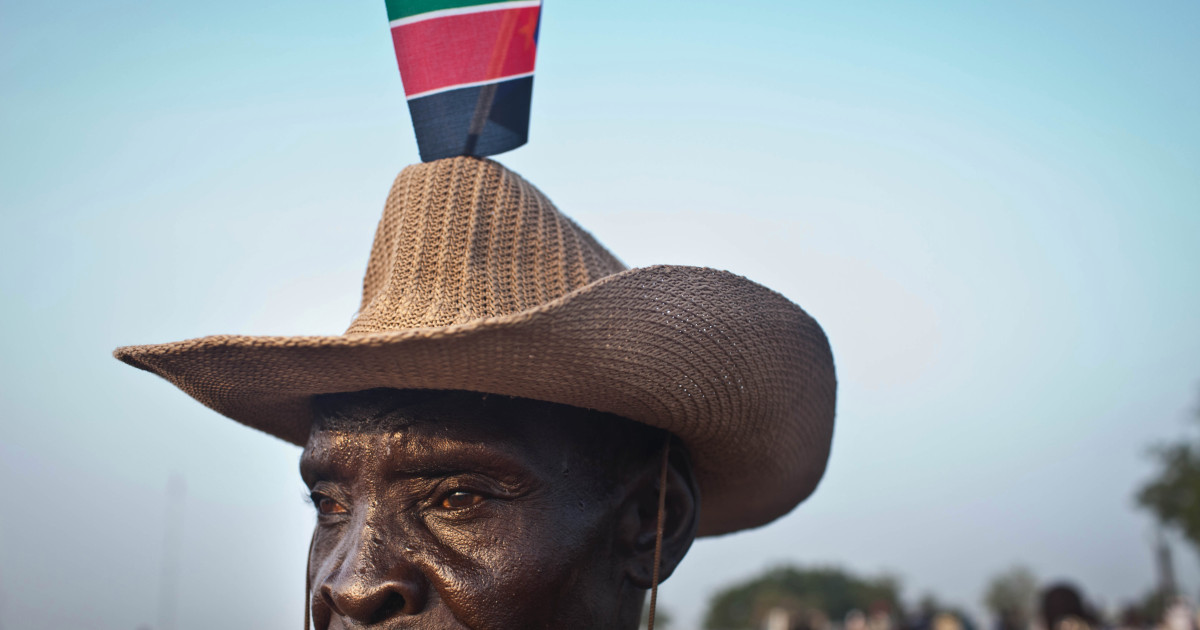 South Sudan’s President Salva Kiir has pledged not to return the country to war during a speech marking 10 years since independence.

At midnight on July 9, 2011, raucous celebrations erupted as the world’s newest nation was born and the people of South Sudan cheered the end of a decades-long struggle for statehood from Sudan.

But just two years later, oil-rich South Sudan was plunged into a brutal civil war that killed nearly 400,000 people and forced millions from their homes.

Despite a fragile 2018 peace deal between Kiir and his rival Riek Machar, who now serves as a vice president, the country remains in the grip of political instability, economic malaise and an acute hunger crisis.

“I assure you that I will not return you back to war again. Let us work all together to recover the lost decade and put our country back to the path of development in this new decade,” Kiir said in a televised address on Friday marking the milestone.

He hailed a “new spirit of dialogue” among political rivals and said the Transitional Government of National Unity would focus on economic reforms and improving security.

But on Friday, there was no jubilation that greeted statehood, with people told to stay at home because of the coronavirus pandemic.

“The mood here is quite sombre, many people really don’t feel like celebrating,” said Al Jazeera’s Haru Mutasa, reporting from the capital, Juba.

“There’s a general disillusionment,” she added, citing increasing frustration over the lack of basic services and persistent poverty and unemployment.

“People also noticed that when Kiir addressed the nation, he wasn’t standing next to the Machar,” Mutasa said. “People were hoping that the two men would at least appear side by side and seem like they’re trying to work together to move this country forward.”

Kiir had warned this week that the cash-strapped state was in no position to celebrate, blaming international sanctions for keeping prosperity out of reach.

The international community has used the anniversary to urge South Sudan’s leaders to do more to improve conditions for its 12 million population.

“The journey from war to peace has been a long and difficult one and there is still much to be done so that people can exercise the democratic right they earned a decade ago,” Nicholas Haysom, the head of the UN mission in South Sudan (UNMISS), said in a statement.

“We … urge the country’s political leaders to seize this opportunity to make the hopes and dreams of a decade ago a reality by securing the sustainable peace needed to enable full recovery and development.”

South Sudan still faces many obstacles to achieving that goal, including the lack of a unified security force and pervasive insecurity linked to intercommunal conflict.

“It was not only in 2013 when our colleagues, my brother were killed,” John Kuok, a displaced person, told Al Jazeera. “Even during the struggle [for independence], my brothers, they were also killed. So when it repeated itself, it was horrible,” he said, referring to another round of fighting in 2016.

“The people of South Sudan are telling their leadership that, ‘look we are tired of war’,” Barnaba Marial Benjamin, minister of presidential affairs, told Al Jazeera.

“Nobody wants war any more. If there are some few political leaders who think that they will go and mobilise some of our citizens, so that they cause a fight, because they want to be leaders of this country – I don’t think they will get the audience from the public.”

South Sudan enjoyed immense international goodwill and billions of dollars in support when its people voted overwhelmingly in a referendum to secede from the north. But its leaders failed to stem corruption and the new South Sudan was looted rather than rebuilt, as huge sums from its vast oilfields were siphoned off and squandered.

The political leaders who led South Sudan to independence – and then back to war – are still in power today, ruling in a tenuous coalition forged under a peace deal.

The power-sharing arrangement between Kiir, a former military commander from the Dinka ethnic group, and Machar, a rebel leader from the Nuer people, has kept fighting between their forces largely at bay since the ceasefire in 2018.

But the old foes have violated past truces and progress on the latest accord has drifted, inflaming distrust between the pair and raising fears of a return to fighting.

The “unity” government they belatedly formed in February 2020 under great international pressure is weak, and safeguards to prevent another war have not been put in place.

Though the peace accords paused the worst of the bloodshed between conventional armies, armed conflict between rival ethnic groups has surged in ungoverned areas, exacting a civilian death toll not seen since the war.

“The country is just, unfortunately, in a much worse spot than it was 10 years ago,” Alan Boswell, senior analyst at the International Crisis Group, told Al Jazeera.

“The international partners … are pretty much the only ones offering anything close to government services. And of course, that situation doesn’t seem very sustainable,” he said.

“Whenever I talk with various diplomats from different countries, there’s not really any sort of coherent plan on how to get out of this situation – they all fear cutting humanitarian aid to South Sudan would just cause more misery. Both the South Sudanese and the outside world feel a bit stuck at the moment.”

The political inertia and broken promises also come as South Sudan reels from economic chaos, with soaring inflation and a currency crisis, and faces its worst hunger crisis since independence.

“Despite some lost opportunities, it is never too late to invigorate the peace process so that humanitarian assistance is more effective, and conditions are created where development activities can have broader and greater impact,” said Matthew Hollingworth, the WFP’s director for South Sudan.