An investigation into head of state Assimi Goïta’s attempted assassination 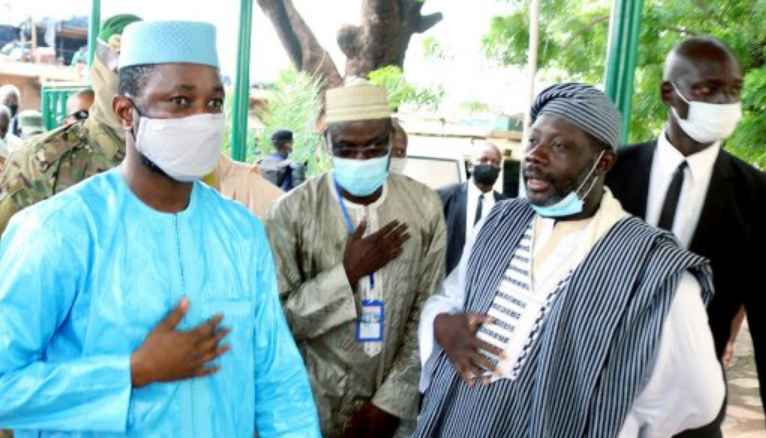 Shortly after 9am (Bamako time), as worshippers withdrew with Imam Amadou Kallé, an individual armed with a knife attempted to take the head of state’s life, just as the latter was about to accompany the preacher to slit a sheep’s throat, as is the tradition.

However, the assailant was quickly overpowered by the Malian president’s security guards, who took the attacker away in the back of a pickup truck. According to a police commissioner interviewed by AFP, the assailant was a teacher who was dressed in a brown boubou, his face partly hidden under a blue chèche.

There was a second man, believed to be his accomplice, who was also taken away by the security forces. In fact, he is a member of the special forces and was armed with a pistol, one that the presidential guard did not recognise.

Although several witnesses present at the scene initially stated that “two or three people were involved in this attack”, it seems – according to the investigation’s initial findings – that the assailant acted alone. “Investigations are underway to find out how many people were involved,” said a source within the presidency. “For the moment, we can only confirm that one assailant has been arrested.” The presidential camp has also claimed that the latter was under the influence of drugs. His motives remain unknown.

The public prosecutor at Bamako’s Court of Appeal announced on 21 July that an investigation would be opened to look into this “attack on state security” and “attempted murder.”

President Goïta was escorted from the premises by a dozen men – presidential guard, police and military – amidst applause by men and women dressed in festive clothes. With a serene face, he even took the time to wave to curious onlookers who had gathered at the entrance to the mosque. “May God give him strength,” some of them chanted in Bambara.

Several government ministers accompanied him. One of them was prime minister Choguel Kokalla Maïga, who, according to tradition, joined the prayer at the Grand Mosque. Bamako’s founding families were also present.

As soon as he left the Grand Mosque, Goïta drove to his residence in Kati in his white pick-up truck. His entourage said “the president had not been injured” but a person close to Goïta revealed that one of the bodyguards’ hands was “slightly hit” while trying to ward off the assailant’s knife.

Once he arrived at his residence in Kati, Goïta delivered an address to Malians – live on the airwaves of ORTM – during which he called “for forgiveness and cohesion” after the attack.

He was surrounded by his prime minister and several members of government – Mossa Ag Attaher (minister of youth and sports); Lamine Seydou Traoré (minister of mines, energy and water); Sadio Camara (minister of defence and veterans); Daoud Aly Mohammedine (minister of security and civil protection); Mamadou Koné (minister of religious affairs) and Malick Diawara, president of the Comité National de la Transition (CNT) – who had gathered ‘in solidarity with the President’.

“I would like to reassure [the nation] and the international community that I am doing very well,” said the head of state. “I wish the entire Malian Muslim community a happy Tabaski. This festival is a time of communion and forgiveness. I ask that all Malians seize this opportunity to forgive and reconcile so that we can bring peace and stability to Mali.”

Those close to the president say that an investigation is underway to shed light on this ‘assassination attempt’, which Goïta prefers to describe as “an isolated incident.”

After his speech, Goïta – as is custom – slaughtered a sheep at his residence. He then visited his mother’s grave at the cemetery in Kalabancoro “to properly celebrate Tabaski,” said someone close to him.