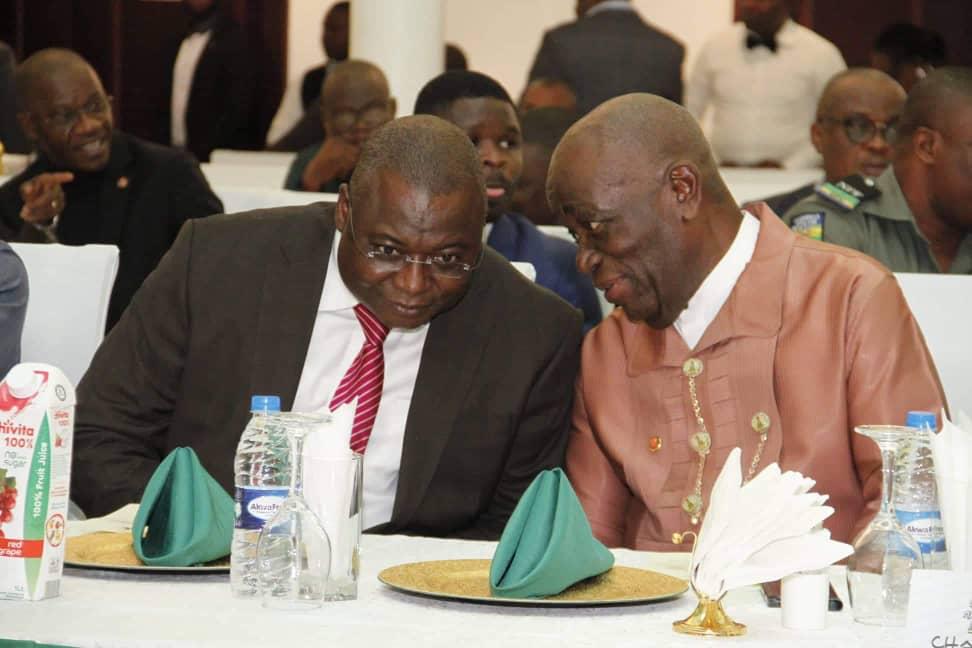 Undiandeya disclosed this at a gala night in Uyo after a four day cultural study tour of Akwa Ibom State.

The Brig.-Gen. who led 22 foreign military attaches and senior advisors at the DIA on the tour said, “We saw industries, technology, culture and a development vision; we felt the pioneering works in tourism, infrastructural development and above all the pervading feeling of peace.”

“We were taken to areas where gigantic steps aimed at industrializing and taking the state to the fore of development, are taking place.”

Lauding Governor Udom Emmanuel’s industrial drive and focused leadership, he hinted that, “We saw factories, we tasted cuisines, we felt the warmth of the good people of Akwa Ibom State.

“The warriors in your midst did not visit because they had all the time in their hands. They are people sent ahead to confirm that yes indeed, the peace heard in the media is real.”

Undiandeye described soldiers as precursors of peace, adding that the defence advisors got a signal of peace in Akwa Ibom State which he said warranted the visit.

He predicted that more industries and investors will arrive Akwa Ibom, noting that the nearness of the state to the sea gives it a good evacuation corridor for products that can be produced in the State.

Undiandeye revealed that the Chief of Defense Intelligence Agency and heads of Defence Intelligence in the respective countries of the visiting attachés, appreciated the government and people of Akwa Ibom.

“In our own convenience, we shall sneak back individually to savour the beauty of this state.”

In his speech, Gov. Udom Emmanuel, represented by his Deputy Mr. Moses Ekpo said Akwa Ibom is a place everyone must come because of what he described as “absolute peace, congenial atmosphere”.

Mr Ekpo noted that the governor’s agricultural policy seeks to ensure that 100% of foods consumed in the state are produced locally.

The governor’s representative averred that the current administration is complementing the agricultural revolution with industrialization which the defense attachés had been shown in the course of their visit.

“I do hope you come again, pass this message to your respective missions, let your commercial attachés come and visit our state; they won’t regret”, the deputy governor added.

The gala night featured cultural performances by different dance and music troupes, comedy and special performances by some talented youngsters as well as a display of assorted cuisine that stand the state out in delicacies.