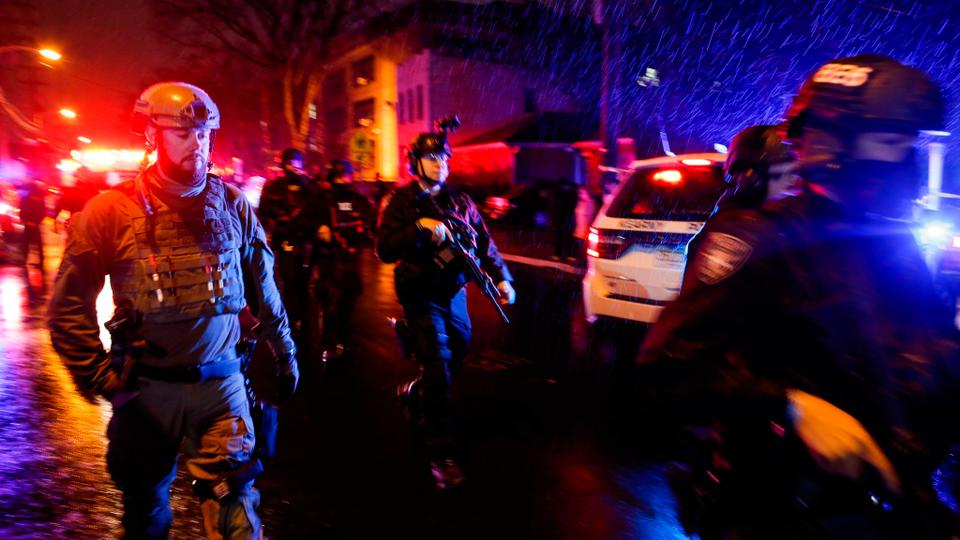 Six people, including a police officer and three bystanders, were killed in a furious gunbattle on Tuesday that filled the streets of Jersey City with the sound of heavy fire for hours, authorities said.

The slain officer, Detective Joseph Seals, 40, was credited by his superiors with having led the department in the number of illegal guns removed from the streets in recent years, and might have been trying to stop an incident involving such weapons when he was cut down by gunfire that erupted near a cemetery, authorities said.

The shooting then continued at a kosher supermarket about a mile away, where five more bodies were found, Kelly said.

“It’s a really tough day for the city of Jersey City,” Mayor Steven Fulop said. Seals “was one of the best officers for getting the most guns off the streets. He was a good cop.”

Two other officers were wounded but were later released from the hospital, authorities said.