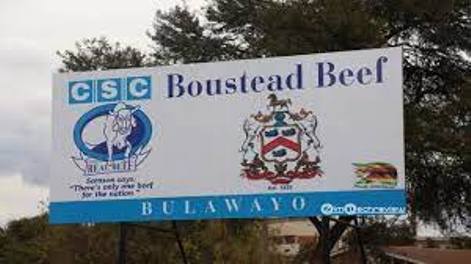 With the resumption of operations, the company is hoping to generate US$50 million annually through exports to the region and some parts of Asia. They also expect to recruit former workers looking at their ability and health. CSC is an agriculture state-owned enterprise and is in the business of cattle ranching and beef processing.

Overall plant upgrade includes electrical engineering crafts, replacement and fitting of makeshift spares. The Zimbabwe Mail published on January 26, 2022, that all the air compressors in the refrigeration and control room have been upgraded.

The plant has five air compressors but only two are used at any given time when the other compressors are used as a backup. Other equipment, especially condensers in the refrigeration and control room, have been reported to be functional now.

As far as 2021 ZBC News reported an interview with the deputy minister of Industry and Commerce, who is also the National Assembly member for Bulawayo South, Honourable Raj Modi who said the revival of CSC is good news for Bulawayo.

“All is in place but what I can note is that the revival of CSC is key in boosting Zimbabwe’s exports and helping rack foreign currency for the country. If the company is up and running that is good news for Bulawayo as this will create employment for the province,” he said.

The company was struggling following a significant decline in the late 90s. In a related article published by ZBC News at its utmost, the giant used to employ over 4,500 people thereby making it one of the country’s biggest employers.

Further, in addition to beef production, the company also produced a large variety of by-products such as hides, neat’s foot oil, ox gall, edible offal’s, tallow and dripping, canned meats, ham, blood meal, meat and bone meal and pork sausages among others. The institution is the lifeblood of livestock farmers and the leather value chain.

The government is targeting the revitalization of the institution under the National Development Strategy One (NDS1). The government in May 2019, signed a US$400 million joint venture farming Concession Agreement with Boustead Beef Zimbabwe, a United Kingdom-based investor. The venture was reportedly based on a Concession Agreement under Rehabilitation, Operate and Transfer (ROT) Terms.

The fund was allocated for capital expenditures and as working capital for the business. Apart from that, it will be used to pay in full CSC’s financial debts of US$43 million. Rentals of US$100,000 per year will also be paid during the first five years of the concession agreement.

Under the new set-up, the company has been renamed CSC-Boustead Beef Zimbabwe and the investor will take over and manage CSC ranches in Maphandeni, Umguza, Mushandike, Chivumbuni, Darwendale, Dubane and Willsgrove for an initial period of 25 years.

It was also reported that the investor will take over and run CSC abattoirs in Bulawayo, Chinhoyi, Masvingo, Marondera and Kadoma for the same period. In addition, they will take over and manage CSC’s residential properties and distribution centres in Mutare, Gweru and Harare.

The revival was delayed last year amid allegations of looting and vandalism of equipment by new management. although Boustead beef consultant, Reginald Shoko blamed it on court processes in an interview with ZBC News.

“We are waiting for the courts to finish the process since the institution is run by cooperates”, he said. [source: ZBC News]

Early this year, in an interview with The Chronicle, Shoko said resuscitation of the Bulawayo plant was delayed by the Covid-19 induced lockdowns. In a related article published by The Zimbabwe Mail, he added that they will start by hiring former CSC workers looking at their aptness and health.

“When Boustead beef came in, there were 155 workers employed by CSC and all those still with good health and capacity, we will take them while adding 50 to 100 more,” he said. [source: The Chronicle]

Already CSC managed to attract 10 engineers who had gone for greener pastures in other countries as far as Tanzania. They add to form a team of 25 engineers working in different sectors in the company. When the new plant is operating to capacity, the company is hoping to increase employment but also target locals.

In the same article, Shoko also acknowledged that they have technology that will allow them to increase production. He also stated their plans to double output in the future.

“In the short to medium-term, we are planning to double the output of this plant. From slaughtering 900 to about 2000 because technology now allows us to do so,” he said. [The Chronicle]

In an interview with The Chronicle published on January 26, 2021, CSC-Boustead Beef Zimbabwe’s managing director, Nick Hovercroft said once production starts, they will start exporting to some parts of Asia. He added that they will also get into the Common Market for Eastern and Southern Africa (COMESA) exploiting duty-free entry for Zimbabwean products into the region as well as SADC as the country is a member of the two regional trading blocs.

Cold Storage Company was formed in 1937. According to an article published by Pindula on 4 November 2019, after the adoption of the Economic Structural Adjustment Programme (ESAP), the government deregulated the industry in 1992. This opened competition from private players where CSC enjoyed a virtual monopoly. This had a negative impact on the company as it plunged into a viability crisis following a drastic decline in cattle throughput.

The company lost 50 per cent of its market share within a year to private players and it had not been financially capacitated to stand firm against the competition.

Pindula further reported that the company depended largely on the European Union (EU) exports for survival. CSC had a US$15 million revolving payment facility with the bloc. The Zimbabwe Mail also reported and agree that the company had an annual allocation of 9100 tonnes and used to fork overly US$45 million per annum from the EU export quota.

The facility was discontinued in 2001 after the EU suspended imports following an outbreak of foot-and-mouth disease.

With the refurbishment of equipment, payment of all debts and a revolving fund there are high hopes that the Zimbabwean beef giant will create employment, open up related investments and it will have a positive impact on Zimbabwe’s trade and the economy.