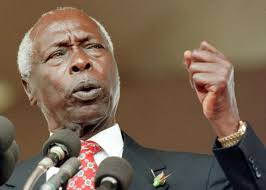 Many world leaders including African heads of state have commiserated with the Kenyan people following the death of its longest-serving President Daniel Moi, who passed on at a Nairobi Hospital.

Leaders across the world have sent their condolences to Kenya and the family of the late former president Moi who died on Tuesday morning.

Presidents from the East African region including Uganda’s Yoweri Museveni and Tanzania’s John Magufuli were among those who took to social media to eulogise Moi.

The late former president who died aged 95 has been undergoing treatment at the Nairobi Hospital since October.

Similarly, the U.S. embassy in Nairobi offered its condolences to Kenyans on the death of Moi.

“We offer our deepest condolences to the people of Kenya and to the family and friends of former President Daniel Arap Moi upon his passing.

“As a friend and partner of Kenya for over 55 years, the U.S. stands with Kenyans during this time of mourning,” Ambassador Kyle McCarter broadcast on the embassy’s official Twitter page.

Moi, a former school teacher who ruled Kenya for 24 years, had been in hospital for over a month.

“It is with profound sadness that I announce the death of a great man of an African state,” President Uhuru Kenyatta said in a statement.

He ordered a period of national mourning until a state funeral is held on a date not yet announced.

The former president died “in the early morning of Feb., at a Nairobi hospital in the presence of his family,” Kenyatta said.

The former president will be laid to rest in a state funeral, with all appropriate civilian and full military honours.

His son, Gideon Moi, said his father passed away peacefully, and that the family had accepted it.

“I give my heartfelt gratitude to all Kenyans,” he said.

Moi was in office from 1978 to 2002, a time that was marked by the centralisation of power, corruption and allegations of human rights abuse.