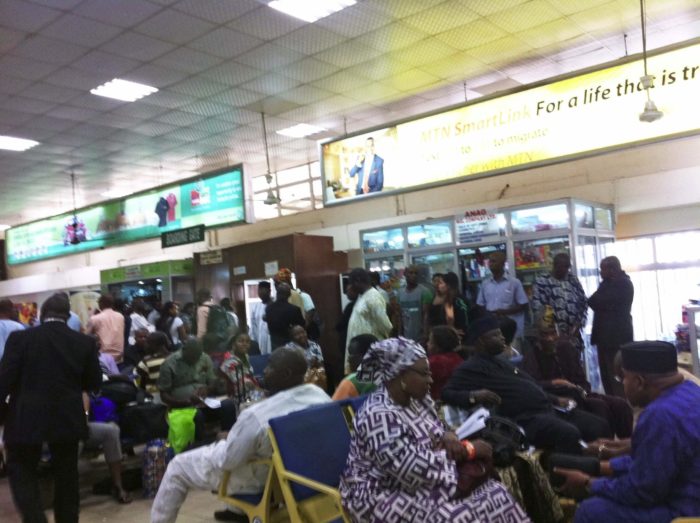 By Gabriel Agbeja
The Nigerian Meteorological Agency has predicted flight delays and cancellations in year 2020 due to extreme weather conditions.

NiMet made this known in its 2020 Seasonal Rainfall Prediction (SRP) released in Abuja.

According to it, near-normal rainfall is predicted for 2020 over most parts of the country.

“Activities accompanied with onset and cessation of the rainy season such as squall lines, thunderstorms, wind shear, microburst, flash floods can flood the runways.

“Additionally, dust haze during the Harmattan season could result in poor visibility which also leads to disruption of flight operations.

“Therefore, aviation stakeholders should take precautionary measures especially during the onset and cessation of rainfall for smooth and safe operations,“ it said.

On health, according to the forecast, the year 2020 is projected to be a neutral year with normal to above normal rainfall.

It predicted that night and day temperatures from January to April are expected to be warmer than normal in the north, extending down to parts of the central axis.

“This situation is expected to have a great impact on health. High temperatures result in heat stress and eventually heat stroke.

“Increased temperatures are also a major cause of anti-microbial resistance. Recent research revealed that an increase in antibiotic resistance of some common pathogens like Escerichia coli, Klebsiella pneumonia and Staphylococcus aureus.

“The relationship between temperature and antibiotic resistance is consistent across most classes of antibiotic and pathogens,“ it said.

The agency forecast dry and dusty conditions favourable for the emergence of Cerebrospinal Meningitis (CSM) during the harmattan period from January to mid-March.

It predicted respiratory and cardiovascular disease likely to be aggravated during the period.

On open defecation, NiMet envisaged that dried faeces being blown by strong winds or washed away by run-off water could perch on food items or water-bodies causing food and water contamination.

“The likelihood of consuming contaminated food or water may result in cholera, diarrhoea, typhoid and the likes.

“State and Local Government authorities are advised to sensitise their communities to the need to adopt good hygiene practices by drinking water from clean sources.

“Other precautionary measures will be to build more latrines for communities.

“The full, established rains in the months of June to September will create a favourable environment for the outbreak of water-borne and vector-borne diseases,“ it said.

The agency urged health authorities to ensure that adequate precautionary measures were taken in curbing likely spread of the diseases especially among children and the elderly who were most affected in such circumstance.