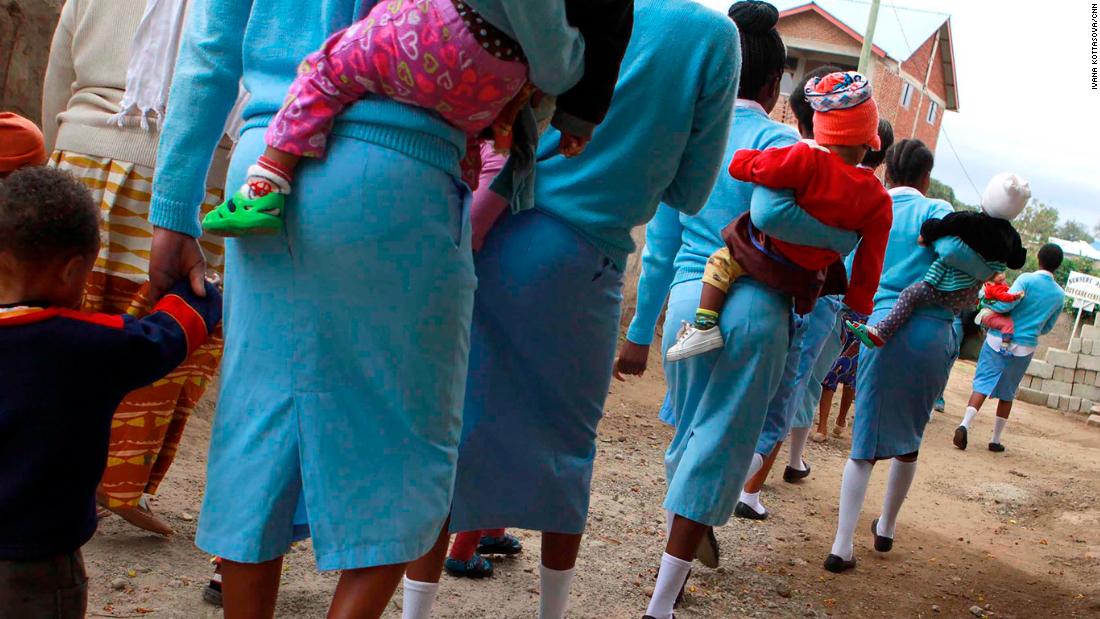 The revamped $500 million loan pledges to provide pregnant girls and new mothers with “Alternative Education Pathways” but falls short of calling for a reversal of the ban.

The meeting of the executive board to consider the loan will take place on Tuesday. Bella Bird, the World Bank’s Country Director for Tanzania, Burundi, Malawi and Somalia, is set to step down on Friday, according to a source at the bank.

Tanzanian activists have written a letter, seen by CNN, to the executive board urging them to stop the loan until the country passes a law that guarantees the rights of pregnant girls to attend regular secondary schools and ends mandatory pregnancy tests. CNN visited three Tanzanian schools in 2018 where girls from grades eight and up were given compulsory pregnancy tests.
Tanzania uses a morality clause in a 2002 education law to give schools the legal framework needed to expel pregnant students — the practice originally dates back to the 1960s. The law has been more widely applied since President John Pombe Magufuli took office in 2015.
A $300 million educational loan to Tanzania was withdrawn in 2018 over concerns about expelling pregnant girls and the introduction of a law that made it a crime to question official statistics.

The Tanzanian government amended the statistics law last year, but stopped short of any formal changes to the way it treats pregnant girls.

A World Bank spokesman for Tanzania said that since 2018 the bank has worked with the Tanzanian government to find a solution. He said the purpose of the reworked loan program was to “enhance the quality and provision of education.”

“The program has been redesigned … to ensure girls and boys who drop out, including pregnant girls, have alternate education options for themselves.”

Asked why the bank didn’t require a guarantee that girls who get pregnant would be allowed to continue in state school if they wish to, the spokesman repeated the current solution was a result of an agreement between the World Bank and Magufuli.

According to a World Bank document outlining the loan, about 5,500 girls were not able to continue their secondary education due to adolescent pregnancy and young motherhood in 2017.

Around a quarter of Tanzanian girls aged between 15 and 19 are mothers or pregnant. According to the United Nations Population Fund, the percentage of teenage girls who have given birth or who were pregnant increased to 27% in 2016 from 23% in 2010.

Opposition leader Zitto Kabwe told CNN that the new loan would enable the stigma around pregnant girls in Tanzania to continue.

“The way the loan is been structured [means] the young girls who get pregnant for whatever reason will be put in separate schools,” he told CNN. “This is not right. I am wondering how can the World Bank allow this.”

Kabwe also sent the World Bank a letter about the loan, highlighting the worsening human and gender rights situation in the country. Kabwe asked the bank to suspend lending to the government “until basic checks and balances are restored in Tanzania.”

“The government has not fulfilled the promises and the conditions that were set last year,” she said. “We thought that the World Bank was not going to proceed with that loan until the government adopted a policy where it actually explicitly said ‘we will end the discrimination against girls.'”

“That has not happened. [The government] will not remove the discriminatory ban, that’s quite clear now.”