WHO to immunise 18m kids in Uganda 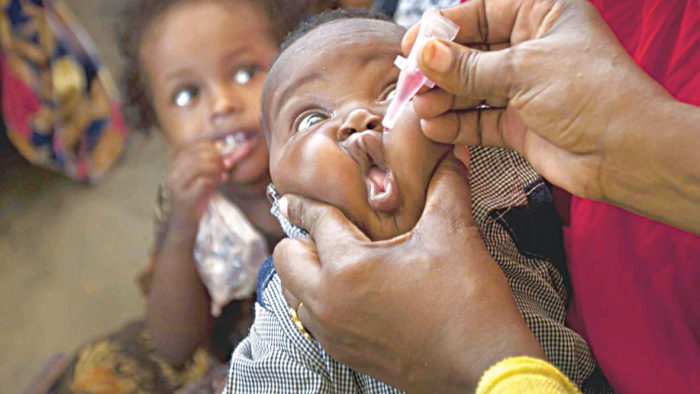 The World Health Organisation (WHO) says it is partnering with Uganda to immunise more than 18 million children against measles, rubella and polio.

A statement made available by WHO Nigeria on Tuesday in Abuja said of the 18 million, 8.2 million children who are younger than nine months would receive the oral polio vaccine.

It said that the five-day mass immunisation campaign was funded by the Government of Uganda; GAVI, the Vaccine Alliance; the United Nations Children’s Fund; and the World Health Organisation (WHO).

The statement added that the campaign would be conducted in schools for the first three days and in communities for the last two days.

It added that the campaign also targets all children younger than 15 years, whether previously immunised or not, in order to interrupt circulation of these diseases.

The statement quoted Dr Matshidiso Moeti, the WHO Regional Director for Africa, as saying that “this is an extremely important exercise”.

Moeti said the campaign represents an impressive level of commitment to healthcare that we need more than ever across the Africa to prevent diseases, deaths and to avoid unnecessary expenditure when caring for people who are sick.

She noted that the Government of Uganda acknowledges the importance of immunisation against various diseases to attain Sustainable Development Goal 3, which underlines the need for good health and well-being.

Similarly, the Dr Jane Aceng, the Uganda Minister of Health, said the campaign would be a launch pad to introduce the measles-rubella vaccine into the country’s routine immunisation schedule.

Aceng said that the mass campaign provides opportunity to intensify sensitisation of communities on measles, rubella and polio as well as disease surveillance and to investigate any unreported but suspected cases of these diseases.

She added the campaign was particularly important because of the declining trend in routine immunisation coverage in the country.

Dr Yonas TegegnWoldermariam, the WHO Representative in Uganda, appealed to parents, caregivers and guardians to take their children younger than 15 years for immunisation against measles, rubella and polio during this mass exercise. (NAN)