Where do African currencies get their names from? 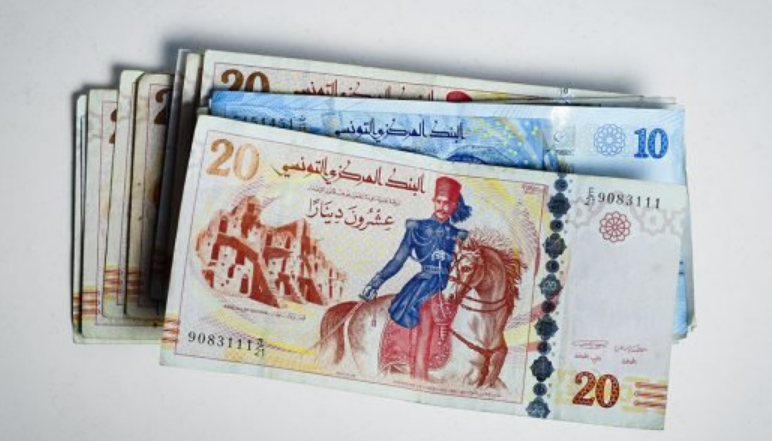 The dinar – which is used today in Algeria, Libya, Sudan and Tunisia – comes from the Latin word denarius, which means ‘containing 10’. The denarius was originally used as currency during the Roman Republic era, and the term was later exported to many parts of the world. It has been translated into Greek, Spanish (dinero means ‘money’) and Arabic.

The French historian Fernand Braudel (1902-1985) once said that the Mediterranean was “not a civilisation, but civilisations piled up on top of each other”.

Morocco’s official currency, the dirham, derives its name from the Greek drakhmê. This term refers to Greek currencies that were in circulation in ancient times, particularly around the Mediterranean basin and in modern Greece, until the arrival of the euro.

In 1959, three years after independence, Morocco abandoned the Moroccan franc and re-established the dirham as its official currency. Idris I, who was considered the first Moroccan sovereign, had first introduced it in the 8th century.

Other currencies have names of Arab-Muslim origin. One such example is Mozambique’s currency, the metical. In circulation since 1980, its name is derived from the Arabic unit of measure, mithqal, which is a unit of mass equal to 4.25g.

The same applies to the ouguiya – Mauritania’s currency – that comes from the Arabic word awqiya, which means ounce, or between 15 and 34g.

A name can have multiple origins. This is the case with the Malagasy ariary, which is derived from the Arabic word al ryal. The rial is the official currency of some Middle Eastern countries, notably Saudi Arabia. The term comes from the Portuguese real, which in this context can be translated as royal, referring – as with the franc – to seigniorage.

The period of European colonisation thoroughly transformed the continent’s monetary systems, starting with the CFA franc, which is still “perceived as one of the vestiges of Françafrique” according to France’s President Emmanuel Macron. Françafrique refers to opaque ties between France and its former African colonies.

Similarly, the acronym CFA has not had the same connotation throughout history. When it was created in 1945, it stood for franc des Colonies Françaises d’Afrique. From 1958 to 1960, it became the franc de la Communauté Française d’Afrique. Later, once decolonisation was underway, the F in Française disappeared and was replaced by f for financial.

The word ‘franc’ is often attributed two origins: some believe that it comes from the German word frei (free) while others opine that it dates back to the year 1360, when the French king – Jean II le Bon – had the first francs minted with the Latin phrase Francorum rex (‘the king of the Franks’).

The franc is also used in countries outside the CFA zone: Djibouti, Guinea, Rwanda, Burundi and the Democratic Republic of Congo. Throughout the 20th century, the Congolese franc was the official currency of the various political entities that existed, except for between 1967 and 1997 when Mobutu Sese Soko established Zaire.

British colonisation also left its mark; for example, with the Egyptian pound and the South Sudanese pound. The term ‘pound’ refers to a unit of mass. A pound was equivalent to about 327g in the Roman metric system.

The shilling is also a remnant of the British passage to Africa. The word is derived from the old English word scilling, which comes from the Latin word solidus. The solidus was a Roman coin that dated back to the fourth century. The shilling is currently in circulation in Kenya, Tanzania, Uganda and Somalia.

The dobra – São Tomé and Principe’s official currency – comes from the Portuguese word dobrão, which means doubloon. The doubloon was a currency used in the Iberian Peninsula between the 15th and 19th centuries.

Sierra Leone’s currency, the leone, is derived from the Spanish word leone (lion). The Portuguese explorer Pedro de Sintra named this country in 1462 and the country’s name means ‘lion’s mountain.’

South Africa, after withdrawal from the Commonwealth in the early 1960s, chose to abandon the South African pound and adopt the rand as its official currency.

The word rand, that stems from Afrikaans and is derived from Dutch, refers to the word Witwatersrand – a range of hills stretching for about 280km.

Several currencies have indigenous origins. The Eritrean currency, nakfa, has a highly symbolic significance. Nakfa is the name of a town in the northern part of the country where the Eritrean People’s Liberation Front celebrated its first significant victory against the Ethiopian government during the war of independence (1961-1991).

Ghana’s currency, the cedi, is also a reference to national history. Cedi means ‘small shell’ or ‘cauri’ in the Akan language, which is spoken by more than nine million people in the region. In West Africa, seashells – especially cowries – were long used as currency.

Other African currencies have an almost literal meaning for money (metal). These include the Ethiopian birr, which comes from Amharic, the country’s official language alongside English; the lilangeni (Eswatini); and the rupee, which means ‘forged money’ – from the Sanskrit word rupya. The rupee is used in Mauritius and Seychelles, both of which have large populations from the Indian subcontinent.

Botswana – a semi-arid country partly covered by the Kalahari desert – has a currency referred to as the pula, which comes from the Tswana word pula (rain).

Finally, some currencies have a geographical origin. The loti, from Lesotho, is the singular form of Maloti-Maluti in Southern Sotho (a Southern African language), which refers to a mountain range that crosses the country and part of South Africa.

The Angolan kwanza is derived from the Cuanza River (or Kwanza River) – one of the country’s main rivers.

The naira is also indirectly named after Niger River, Africa’s third-largest river that gave rise to the name ‘Nigeria’. The British government coined the term in 1886 in reference to the Niger River.

Finally, kwacha comes from Nyanja, a language spoken in Zambia and Malawi. Both countries adopted it as the name of their currency after independence.