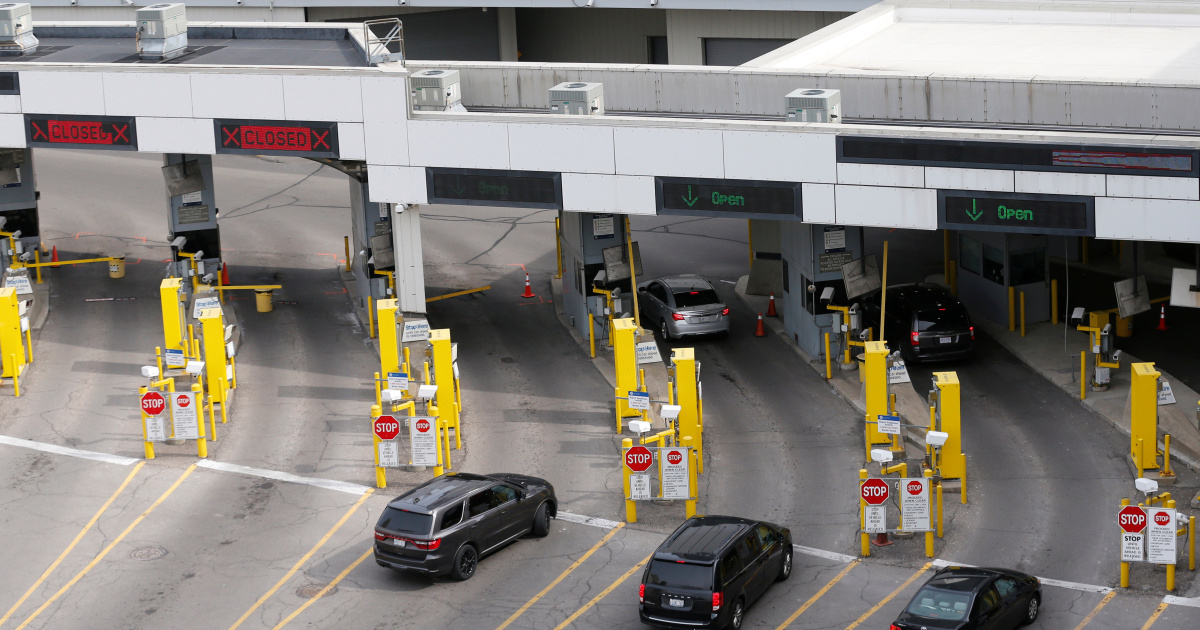 Extension until at least August 21 comes days after Canada said it will ease restrictions for US travelers next month.

The United States’ land borders with Mexico and Canada will remain closed to non-essential travel for another month, the US Department of Homeland Security (DHS) has announced, just days after Canada signalled plans to ease restrictions on travel from the US.

The restrictions into the US by land or ferry will remain in place until at least August 21, the DHS said on Wednesday.

The US restricted non-essential travel into the country in March 2020 due to the coronavirus pandemic – which has killed more than 609,000 people in the US according to Johns Hopkins University data – and has extended the closure at its borders with Mexico and Canada on a monthly basis since.

The Canadian government said on Monday that it would allow fully-vaccinated US citizens and permanent residents into the country without needing to quarantine as of August 9, pointing to rising inoculation rates and lowering infections in Canada.

“A gradual approach to reopening will allow our health authorities to monitor the COVID-19 situation here and abroad. Canadians have worked hard and sacrificed for each other, and because of that work, we can take these next steps safely,” Health Minister Patty Hajdu said.

But after the announcement from Ottawa, questions were raised about whether the loosening of restrictions would be mutual.

Sources briefed on the matter told the Reuters news agency that the White House plans a new round of high-level meetings to discuss the travel restrictions and the potential of mandating COVID-19 vaccines, but no decisions have been made.

In early June, the White House launched interagency working groups with the European Union, Britain, Canada, and Mexico to look at how to eventually lift restrictions.

Last month, Mexico’s Foreign Minister Marcelo Ebrard said the country planned to bolster its coronavirus vaccination effort along the Mexican-US border in an effort to get the restrictions lifted.

“Mexico is going to make an extraordinary vaccination effort in order for our cities to have similar standards to those of the United States in terms of vaccination,” Ebrard said during a news conference on June 15.

“Once we reach that stage which will begin today all along the border, there would be no sanitary argument to maintain these restrictions,” he said.

Mexico has reported more than 2.6 million coronavirus cases and 236,000 deaths to date, according to the Johns Hopkins University tally, while Canada has recorded more than 1.4 million infections and 26,470 deaths.

While nearly 60 percent of US adults are fully vaccinated, health officials have warned that infections are rising, especially among the millions of people in the country who have not yet received a jab.